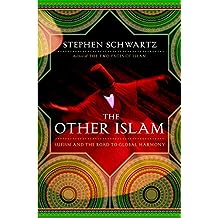 The Other Islam: Sufism and the Road to Global Harmony Aug 26, 2008
by Stephen Schwartz
( 9 )
$9.99
This eye-opening, insightful exploration of Sufism, the spiritual tradition that has supported Islam for more than a thousand years, shows why it offers a promising foundation for reconciliation between the Western and Muslim worlds.

Many Americans today identify Islam with maniacal hatred of the West. The Other Islam transforms this image and opens the way to finding common ground in our troubled times. Sufism, a blend of the mystical and rational tendencies within Islam, emerged soon after the revelation of Muhammad. A reforming movement against the increasing worldliness of Muslim society, it focuses on Islam’s spiritual dimension. Described as “Islam of the Heart,” Sufism has attracted adherents among both Sunni and Shi’a Muslims, as well as Jews, Christians, Hindus, and Buddhists.
In The Other Islam, Stephen Schwartz traces the origins and history of Sufism, elucidates its teachings, and illustrates its links to the other religions. He comments on such celebrated Sufi poets and philosophers as Rumi and Al-Ghazali, and narrates their influence on the Kabbalah, on the descendants of the Jewish philosopher Maimonides, and on Christian mystics like Saint John of the Cross and Saint Teresa of Ávila as well as the American transcendentalists.
Furthermore, Schwartz presents a fresh survey of Sufism in today’s Islamic world, anticipating an intellectual renaissance of the faith and alternatives to fundamentalism and tyranny in Iraq, Saudi Arabia, Turkey, and Iran.
Read more
Other Formats: Hardcover 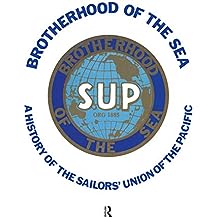 In 1934, the Pacific Coast was shaken by a massive strike of waterfront workers- on the docks and the ships. In this mighty struggle, the Sailor’s Union of the Pacific, quiescent since it’s defeat in the period after the first World War was reborn. Fighting on San Francisco’s Embarcadero led to the stationing of National Guard troops on the ‘front’. This book looks at the Union from 1885 to 1985. 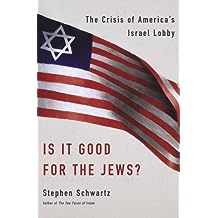 Is It Good for the Jews?: The Crisis of America's Israel Lobby Sep 19, 2006
by Stephen Schwartz
( 4 )
$4.99
In 2005, two then-officials of the American Israel Public Affairs Committee were indicted for handing over classified information to a foreign power. That the power in question was assumed to be Israel brought fresh credibility to a conspiracy theory that had been floating around Washington for years: that a powerful “Jewish lobby” controls U.S. policy in the Middle East.

The run-up to the Iraq war had provided new grist for this theory. A group of largely Jewish neoconservatives were among the architects of the war, and their motivations for removing Saddam Hussein were alternately ascribed to oil interests and the need to protect Israel. The allegations against these neoconservatives—especially former Deputy Secretary of Defense Paul Wolfowitz—echoed the case of the notorious Jonathan Pollard who pled guilty of spying for Israel in 1986.

In this biting and incisive polemic, journalist and author Stephen Schwartz confronts the myth of a Jewish lobby head on, asking questions that no one else has dared to pose. What is the “Jewish lobby”? How powerful is it? What was its involvement in the preparations for war in Iraq? Was there really a “cabal” of neoconservative Jews in the administration of George W. Bush? How did AIPAC officials come to be accused, in 2004, of espionage? Above all, what is good for the Jews, and who decides it?

Many of us forget that in the 1930s, a genuine home-grown fascist movement arose in America. At that time, Schwartz reminds us, it was not the official representatives of the Jewish community that stood up to the fascist goons of New York City, but Jewish socialists—the antecedents of today’s neoconservatives. Likewise, today, it has not been the meek and timid leaders of the supposedly all-powerful Jewish Lobby that have defended the Jews but the reviled “neocons” in the Bush Administration. Their strategic vision projects a foreign policy that is both good for America and good for the Jews. As a result, Schwartz predicts an increasing turn for Jewish voters away from their dysfunctional marriage with the Democratic Party and toward the Republicans.

Ultimately Schwartz concludes that in today's America, a “Jewish lobby” may no longer be necessary. In the face of the threatened collapse of the Lobby, he argues, American Jews should openly and proudly assume their proper role as moral and religious exemplars for their fellow Americans and cease acting like a frightened minority.
Read more
Other Formats: Hardcover