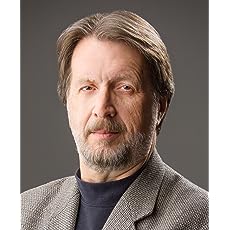 STEVE BREWER writes books about crooks. His latest crime novel, UPSHOT, came out in 2020 and COLD CUTS was published in 2018. His other novels include the comic Bubba Mabry mysteries and the recent Jackie Nolan thrillers SHOTGUN BOOGIE and HOMESICK BLUES.

He also wrote the humor books TROPHY HUSBAND and RULES FOR SUCCESSFUL LIVING, which was expanded and revised in 2020.

His first Bubba book, LONELY STREET, was made into a 2009 comedy starring Robert Patrick, Jay Mohr and Joe Mantegna. Several of his other novels have been optioned by Hollywood.

A former journalist, Brewer now teaches in the Honors College at the University of New Mexico. He and his family own Organic Books in Albuquerque's historic Nob Hill neighborhood. 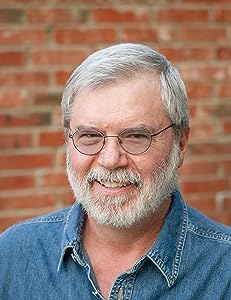 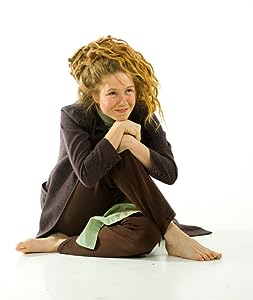 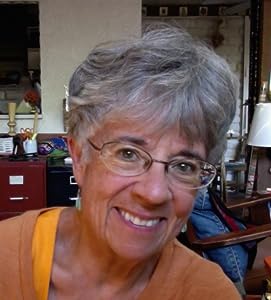 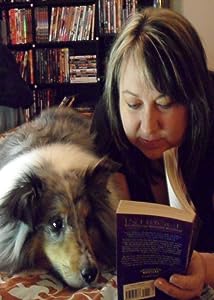 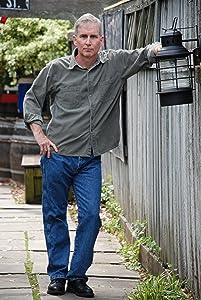 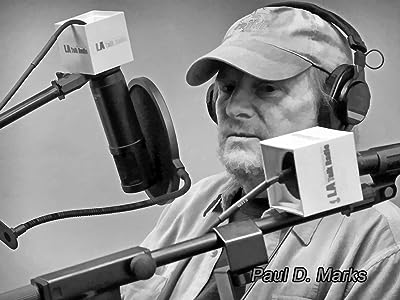 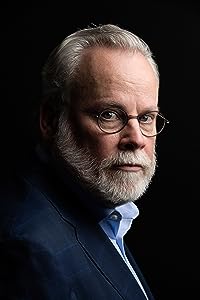 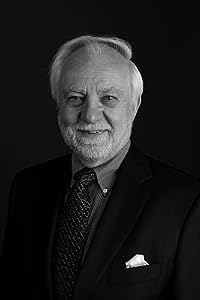 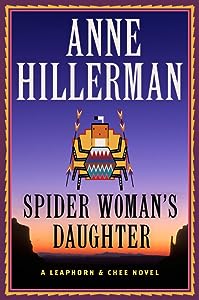 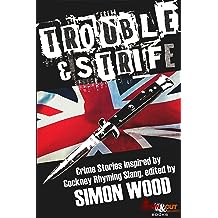 There are stories to be written about these phrases and in Trouble & Strife, the coded and colorful phrases of Cockney rhyming slang became the inspiration for eleven killer crimes stories from writers on both sides of the pond. A few choice words include:

Babbling Brook is a talkative inmate at the state penitentiary.
A hairdresser has to pay his dues for a crime that took place at Barnet Fair.
And you never want to meet a Lady from Bristol.

You don’t have to understand rhyming slang to enjoy this book. You just have to enjoy a damn good story. To see what the authors have come up with you'll have to turn the page and have a butcher’s. 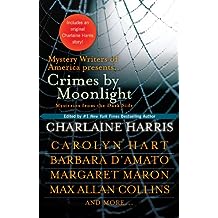 Nighttime is the perfect time for the perfect crime—especially in the realm of the paranormal. Featuring fascinating, frightening, and sometimes funny stories by Mystery Writers of America including Carolyn Hart, Barbara D'Amato, Margart Maron, Max Allan Collins and Mickey Spillane, and Elaine Viets, Crimes by Moonlight is your portal to the dark side and all its wonders.
Read more
Other Formats: Audible Audiobook , Hardcover , Paperback , MP3 CD 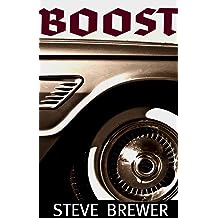 Boost Feb 5, 2012
by Steve Brewer
( 8 )
$2.99
Sam Hill steals cars. Not just any cars, but collectible cars, rare works of automotive artistry. Sam's a specialist, and he's made a good life for himself in Albuquerque, NM.

Things change after he steals a primo 1965 Thunderbird from a lawyer's house. In the trunk, Sam finds a corpse, a police informant with a bullet hole between his eyes.

Somebody set Sam up. Played a trick on him. And Sam, a prankster himself, can't let it go. He must find who framed him, and get his revenge with an even bigger practical joke, one that soon has gangsters gunning for him and police on his tail.

In BOOST, Steve Brewer stirs up his usual potent mixture of high crime and low comedy in a rollicking novel where car thieves are the good guys and the action never stops.

"Veteran pro Brewer keeps the wheels turning throughout this serio-comic thriller, in spirit somewhere between a Westlake and a Westlake-as-Richard-Stark." --Ellery Queen Mystery Magazine 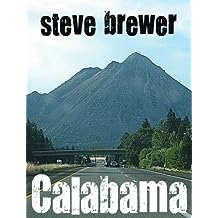 It's the story of Eric Newlin, a slacker who works for his father-in-law in the remote town of Redding. A Corvette flies over Eric's head in a freak accident, and he walks away without a scratch. Eric decides it's an omen: His life is about to change. And he's right. His life goes right down the toilet. Within days, he's fallen so far that he finds himself mixed up in a kidnapping scheme with a local crimelord named Rydell Vance.

Leavened with dark humor, CALABAMA takes a wry look at California's rural, redneck interior, a place full of backwoods bitterness, a precarious place where it's easy for an outsider's life to spiral out of control.

"CALABAMA is Steve Brewer at his absolute best. He had me from the opening line, ("Never argue with a man whose tattoos outnumber his teeth.") I mean, how do you argue with that? You can't, even if Brewer still has most of his teeth, which I think he does. Serious laughs, solid plotting, snappy pacing, and finely tuned characters. Hell, I wish I'd written it."
--Bill Fitzhugh, award-winning author of "Pest Control."

"Like Elmore Leonard, the writer whose work his most resembles, Brewer writes with a light and deft touch, bringing style and wit to the crime genre."
--David Montgomery, Chicago Sun-Times
Read more
Other Formats: Paperback 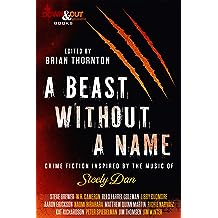 As with the blues and Elvis and somebody else’s favorite song, it’s open to interpretation.

These twelve tales interpret shady pasts, dubious presents, and doomed futures. There’s no hiding inside a hall of rock and sand from stories as deliciously wicked and terrifically twisty as the jazz-rock noir that inspired them.

These masters of crime fiction heard the call and wrote it on the wall for you and me.

As they name the beast, they make alive worldly wonders in characters you’ve known for decades through the hypnotically woven tapestries of Steely Dan, destined to live on as indelibly as the hallucinatory memories in the caves of Altamira. 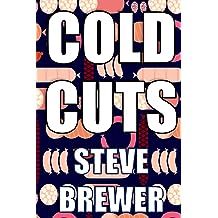 Cold Cuts Apr 30, 2018
by Steve Brewer
( 8 )
$2.99
Some people in the Southwest love the Rojo brand of Mexican bologna, but it's illegal to bring it into the United States. Smugglers sneak rolls of the bologna across the border, trying to get rich off the food fad.

Enter Lucky Flanagan, such an unlikely smuggler that he's perfect for the job. But others in the smuggling ring are up to no good, and Lucky is unlucky enough to get caught in the middle of a deadly scheme.

"Leaner than quality deli meat, COLD CUTS follows the whitest man in New Mexico, Lucky Flanagan, as he attempts to win back the love of his life by becoming a smuggler." -Lefty Award-winning author Bill Fitzhugh

"Only Steve Brewer could create a story based on contraband bologna. COLD CUTS is replete with tension, humor, and quirky characters … a must-read for all mystery fans." –Tony Hillerman Award-winning author Joseph Badal
Read more
Other Formats: Paperback 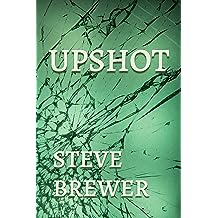 Upshot Mar 24, 2020
by Steve Brewer
( 6 )
$3.99
Anonymous white vans ferry cannabis and cash around Albuquerque, NM, serving the medical marijuana industry. Rick Evert and his crew of heist professionals see the courier business as an opportunity. But how do you stop an armored van? How do you crack open its bulletproof glass?

Rick and his guys -- a locksmith, a retired wrestler and a demolition derby driver -- can solve those problems, but they can't account for the human factor. People make mistakes, and this job involves a couple of rookies, including an "inside man." Keeping the newbies out of the hands of the police seems like the most important task, until the robbery victim decides to set a trap of his own.

People don't like getting robbed. Sometimes, victims fight back. Occasionally, you come across someone truly evil, someone willing to kill. What's a professional to do then? 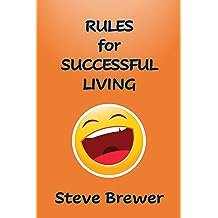 Rules for Successful Living Jul 28, 2020
by Steve Brewer
$2.99
A handy self-help guide that's absolutely no help at all!

RULES FOR SUCCESSFUL LIVING began in 2009 as a Facebook joke, a daily dollop of bad advice. The twisted truisms and addled adages proved popular, and they became a daily touchstone for fans and friends of author/humorist Steve Brewer. Now here we are, 11 years later, and Brewer still writes a Rule every day. He's up to more than 4,300 now, most of them collected into this hilarious book.

"If Erma Bombeck and Dave Barry had a love child, it would be Brewer." -- Virginia Swift, author of "Brown-Eyed Girl"
Read more
Other Formats: Paperback 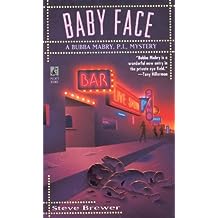 Baby Face (The Bubba Mabry series Book 2) Apr 5, 2011
by Steve Brewer
( 9 )
$2.99
Bubba Mabry gets caught between the Religious Right and the hookers of East Central Avenue in this hilarious second outing for the bumbling private eye from Albuquerque, NM.

Bubba is in way over his head when a deadly pimp hires him to investigate the murders of several prostitutes. Then preachers and politicians get into the mix!

PRAISE FOR BABY FACE
"Steve Brewer has proved that 'Lonely Street' was no fluke. In Bubba Mabry's second outing, the reluctant sleuth is just as outrageous, appealing, and amusing!"
—Jerome Doolittle, author of 'Half Nelson'

AND PRAISE FOR STEVE BREWER'S FIRST BUBBA MABRY MYSTERY, 'LONELY STREET'
"Brewer gives a fast-paced and witty look at how it might be if America's No. 1 celebrity really were alive. . . ."
—Edgar-winning author Tony Hillerman

"The story moves smoothly, and there are some good descriptions of New Mexico's largest city, especially its seedy Central Avenue."
—Marvin Lachman, The Armchair Detective 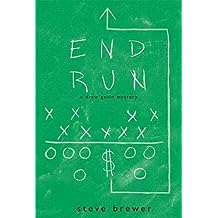 Helen is married to a wheeler-dealer lawyer named Freddie, imminently in danger of having his knee caps broken for gambling debts. Helen pleads for Drew's help. Playing the sucker, Drew goes to a bookie named Three Eyes to plead Freddie's case. Soon after, Freddie is found dead and Drew becomes the prime murder suspect.

"Smooth, swift and sure prose, diverting personal and locker-room intrigues, and easy-to-hate villains make this first title in a new series by the author of the Bubba Mabry series an exciting read." -- Library Journal

"This is a well-written, stylish noir caper in which Drew's smoldering passion for an old flame nearly costs him his life." -- Booklist 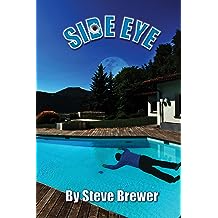 Side Eye May 31, 2017
by Steve Brewer
( 6 )
$2.99
Josh Nieto celebrates his 18th birthday by walking out of Juvenile Detention and into a sweet job as the driver for an elderly loan shark named Malcolm Hunt. But when Hunt's Dixie Mafia past catches up to him, Josh finds himself in the middle of a blood feud.

"Steve Brewer’s latest is a bare-bones tale of murder, deceit, and betrayal. A prison-hardened member of the Dixie Mafia has tracked down the man he blames for his incarceration, and he intends to get his pound of flesh. The only person who can save the man’s life is a kid just released from juvenile detention, but he’ll have to risk his freedom to do it." -- Bill Fitzhugh, award-winning author of HUMAN RESOURCES

"Fast-paced, fun, and funny, this caper is another must-read from the master." -- Edgar Award-winning author Charlie Price
Read more
Other Formats: Paperback 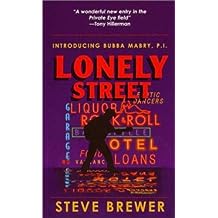 Lonely Street (The Bubba Mabry mysteries Book 1) Jul 11, 2010
by Steve Brewer
( 30 )
$2.99
What would happen if America's greatest dead celebrity wasn't really dead? What if Elvis faked his death so he could escape the public eye? What if the King of Rock 'n' Roll was on the run?

In "Lonely Street," low-rent private eye Bubba Mabry is hired by what appears to be the living Elvis, long after the King had gone to that big concert in the sky. Pretty soon, people are turning up dead and Bubba is all shook up.

"Lonely Street" was the basis for the 2009 Hollywood film of the same name, starring Jay Mohr, Robert Patrick and Joe Mantegna.