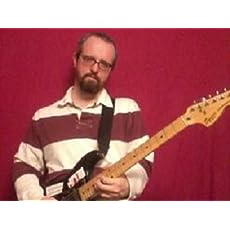 Steve Grogan was born in the often-filmed city of Troy, NY. He started writing as far back as second grade. He has written in a variety of formats (novels, short stories, poems, screen and stage plays, blogs/articles) and genres (horror, science fiction, fantasy, mystery, drama). He has had several stories, articles, and poems published in print and online.

Steve is also a father, a boyfriend, a musician, a fitness fanatic, and a martial artist. He has been studying Wing Chun Kung Fu since 1995, and he maintains a blog/YouTube channel that describe his training habits, epiphanies, and advancement. It also candidly discusses his stumbling blocks, such as his struggle with nutrition and mental health issues.

Steve's most recent, ongoing project is his online comic book REDemption, which he is publishing with the help of artist Johnny Carruba. He also does freelance, editing, proofreading and ghostwriting work on the side. If you have any interest in hiring him for that, you can reach him here: stevegroganfreelancewriting@gmail.com

He is no relation to the New England Patriots quarterback from the 1980's.
Read more 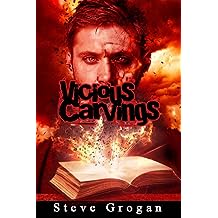 Vicious Carvings Oct 13, 2017
by Steve Grogan
( 2 )
$0.99
A young college student believes five of his classmates have been possessed by demons. He goes to their cabin with the intention of preventing these monsters from breaking into our world...but is he really a hero, or a delusional madman?
Read more 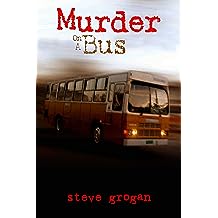 Murder on a Bus Jul 11, 2018
by Steve Grogan
$0.99
Detective Steve Amos was on medical leave, enjoying a ride west on a Greyhound bus. It was a pleasant, unexpected vacation.

However, he found himself on the job again when, during a stop in the middle of nowhere, one of the passengers is murdered.
Read more 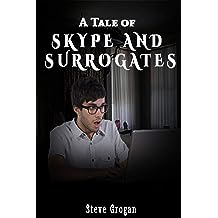 A Tale of Skype and Surrogates May 19, 2019
by Steve Grogan
$3.99
Andy's job sends him to Switzerland for an indefinite amount of time, the only way he can communicate with his girlfriend Jessica is via Skype. The inability to be intimate drives the couple mad...until one of them makes a shocking suggestion that will change their relationship forever.
Read more 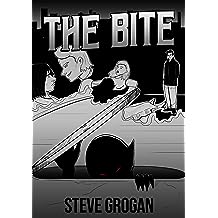 A sewer dweller comes to the surface with a taste for human flesh. Meanwhile, the detective investigating the cannibal murders discovers the killer has ties to his past.
Read more
Other Formats: Kindle 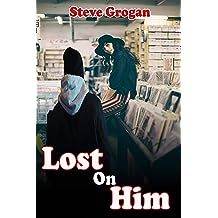 Lost on Him Oct 14, 2018
by Steve Grogan
( 1 )
$0.99
A chance encounter with a mysterious woman in a record store makes this young man finally open his eyes to the beauty that surrounds him on a daily basis.
Read more 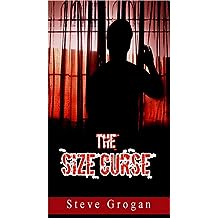 The Size Curse Jul 16, 2018
by Steve Grogan
( 2 )
$7.25
Many of us want to be something we are not. Taller, more muscular, more handsome, wealthier, more popular. Sometimes, those wishes can backfire. That is exactly what happens to the nameless narrator of THE SIZE CURSE, a book that crosses the unexplained human-to-cockroach transformation in Kafka's METAMORPHOSES with the "body horror" genre of director David Cronenberg.

Once he is stricken by the curse, the young man is unable to go outside. He needs to keep creating inventive ways to overcome his limitations while lamenting the fact that, as each day passes, human interaction was already becoming a thing of the past. Unfortunately for him, the size curse has accelerated this trend. His search for (and inability to find) answers to his curse leads him to take a desperate action, which has a very tragic and life-altering outcome.

For better or worse, you will not read a lot of books like THE SIZE CURSE. 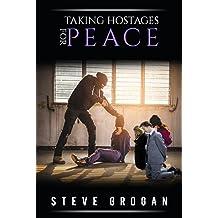 He had an answer to the question: "What could possibly bring about world peace?"

He had to show them they were wrong. He had to make them listen. 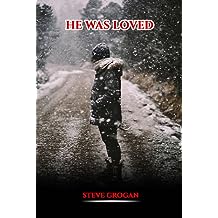 He Was Loved Jul 9, 2018
by Steve Grogan
( 1 )
$0.99
Megan was working the evening shift while she was home on winter break from college. Her former high school classmate David stopped by to visit. He'd been the class misfit, but Megan always enjoyed his company (despite the ribbing she got for it from her "in-crowd" friends). However, on this night, she would learn something during David's visit that would change her life forever.
Read more 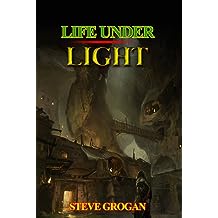 Life Under Light Jul 9, 2018
by Steve Grogan
$0.99
Somewhere beneath the surface of the Earth, there is a village where magic is as common as cars, computers, cell phones, and smog is to the people who live above ground. This is where our nameless narrator has grown up. There is no hatred, no jealousy, no racism, no war. He and his people seem to live in a state of eternal bliss.

But as we soon discover, even Paradise can have problems.
Read more 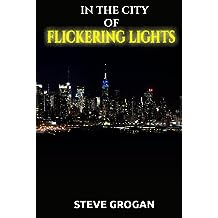 In the City of Flickering Lights Jul 9, 2018
by Steve Grogan
$0.99
He floats through the night lift of New York City, a rich man made anonymous by the urban landscape.

He thinks about a solution that, while desperate, seems to be the only one he has.

And all this while he wanders, buried deep in the city of flickering lights.
Read more 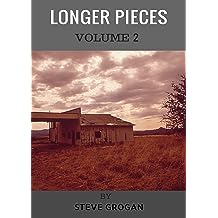 Longer Pieces, Volume Two Jul 2, 2018
by Steve Grogan
$3.99
The sequel you never know you were waiting for.

Of course, these are all NEW poems and not sequels like your typical new Freddy Kreuger or Jason Voorhees movie, although Steve has in fact written sequels to earlier poems in the past.

Anyone familiar with his other work will know Steve is no stranger to epic pieces, and if you are NOT familiar with it...well, welcome to the club!
Read more 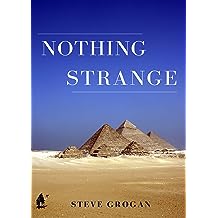 Nothing Strange Jul 2, 2018
by Steve Grogan
$3.99
For those who don't grasp sarcasm, that is EXACTLY what the title of this collection is.

Many people want to live wearing blinders. They want to coast through the world on a superficial level, never taking the time to stop and study anything really in depth. Such is the curse of our fast-paced, text-based, Facebook messenger world. But if they ever took a moment to look around, to examine things, to go deeper than the surface, then they just might realize how strange...and beautiful...the world really is.
Read more