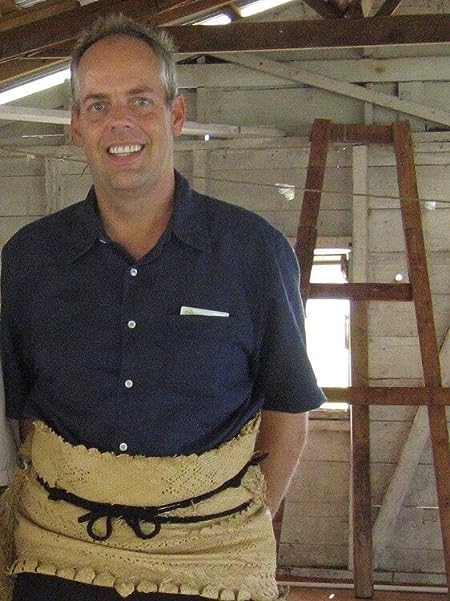 Steve Hunsicker spent 10 years with the Peace Corps. Eight years as the South Florida recruiter for Peace Corps and two years as a business development volunteer in the Kingdom of Tonga. As a volunteer, Steve helped more than 500 small‐business owners start or expand businesses in one‐on-one settings and workshops. He created websites for four Tongan businesses; he tutored students on business topics at the University of the South Pacific and produced several videos including one for Peace Corps to explain Tonga to incoming volunteers.

Steve has traveled to more than 60 countries and is currently posting One Photo from each country along with One Story about that photo. The posts are available at his website www.stevesadventure.com.

Before volunteering with the Peace Corps, Steve spent 23 years in Television News, including 15 years with Freedom Communications the company that owns WPEC CBS 12, in West Palm Beach. At WPEC, Steve was the Executive News Director, responsible for eight hours of local news every day on WPEC and WFLX Fox 29. Prior to joining WPEC, he was the News Director at Freedom's WTVC's NewsChannel 9, the top rated station in Chattanooga, Tennessee. Steve began his TV career in Tallahassee, Florida and has also run TV News Departments in Gainesville, Florida, Harrisburg, Pennsylvania and Honolulu, Hawaii.

Steve currently helps out with the Peruvian TV show "Peruanos en el Mundo" which airs nationwide in the USA on the Sur Peru network.

Steve enjoys volunteering with the United Way, SCUBA diving and talking with other people interested in Peace Corps service. He is a graduate of West Virginia University and lives in Miami. 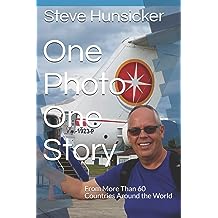 One Photo - One Story: From More Than 60 Countries Around the World Jan 9, 2021
by Steve Hunsicker
( 1 )
$4.99
One Photo and One Story from every country visited by the author. Some of the stories are funny, some inspiring and a few are even scary. But behind each photo is a memorable tale of the visit to that country.
Read more
Other Formats: Audible Audiobook , Paperback 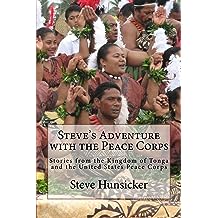 Steve's Adventure with the Peace Corps Sep 22, 2013
by Steve Hunsicker
( 6 )
$4.99
After a 23 year career in TV News, Steve Hunsicker left the comforts of his Florida home, moved to the South Pacific and served for more than two years as Peace Corps Volunteer.

As a volunteer, Steve helped more than 500 small business owners start or expand businesses in one on on settings and workshops. He created websites for four Tongan businesses; he tutored students on business topics at the University of the South Pacific and produced several videos including one for Peace Corps to explain Tonga to incoming volunteers.

Steve is also the co-author of a travel book about Tonga published by Other Places Publishing.

This chronological account of his adventures begins from the day he first decided to apply to Peace Corps until the day he finished his service. Through his stories the reader will gain a great insight into not only the Peace Corps but life in the South Pacific.

Steve's story is a great read for anyone who has wanted to leave the world of corporate America for a simliar experience.

The beginning of the book deals a lot with the process of applying to Peace Corps, but once Steve arrives in Tonga, the stories and numerous photos bring to life the people and the culture of the island Kingdom.

This edition of the book was updated in December, 2012.
Read more
Other Formats: Paperback 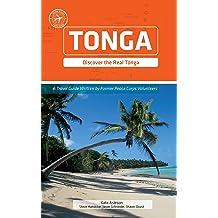 Tonga (Other Places Travel Guide) Jul 12, 2011
by Kate Asleson
( 11 )
$8.95
Tonga has eluded outsiders for much of its history. From the imperial powers of Europe to modern-day travelers, Tonga has often been overlooked amongst the South Pacific island nations. But for those who do venture to this archipelago nation, a timeless Polynesian experience awaits; one that is all its own.

The writers of this guidebook each lived, worked and played throughout Tonga as Peace Corps Volunteers. They lived with local families, learned village life, and experienced this fascinating country like few outsiders have before. Each writes of the island group where they lived - all reviews are from first-hand experience and local insider information. This comprehensive guidebook covers cultural norms (such as the eyebrow flick and greeting sniff), explains the curious clothing fashions, and divulges secret spots known only to locals. To see the real Tonga and to travel like a local, this book is a must.
Read more
Other Formats: Paperback