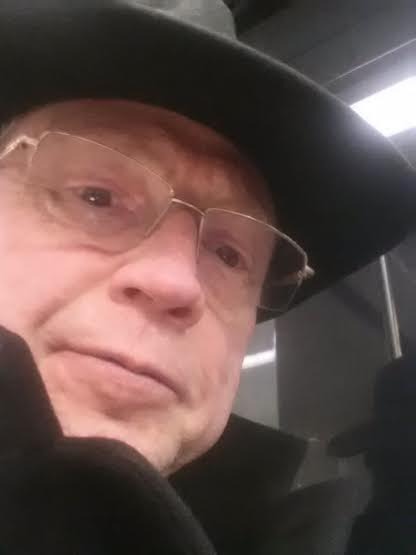 Shortly after he was born in 1947, Steven Janiszewski knew that he was a writer. He wrote picture chap books and skits before kindergarten. He wrote short stories and school plays in elementary school. He bought a typewriter in Jr. High so that he could submit his short stories for publication in the real world. In High School, he wrestled and published stories and poems in the school literary zine. He knew that writers didn't have to go to college, citing Hemingway, and he would not have gone, but he graduated high school in 1965, at the peak of the Vietnam Draft.

He graduated the University of Utah, in English, with an emphasis in Creative Writing, under the guidance of the Pulitzer-Prize-winning Quaker poet, Henry Taylor. He published four short stories, a one-act play, and a poem in college literary magazines, and made his first trip to Boulder in 1969 on a Harcourt, Brace Fellowship to the University of Colorado Writers' Conference. He won the Book-of-the-Month Club Fellowship Competition in 1969 and was recruited by major MFA writing programs. Henry Taylor steered him to Hollins College, where he studied with Richard Dillard and Virginia's Poet Laureate, George Garrett.

Four Excerpts of his Master's Thesis,"Guacamole Tostada," were published in literary magazines, including "The Transatlantic Review," #51, April, 1975, London. An excerpt of another novel, "Naked Dream," was published in "Lowlands Review," #4, 1977, New Orleans. (Italics not available)

He moved to Boulder in June, 1976, to practice Buddhism with Chogyam Trungpa,Rinpoche, and after a couple thousand hours of meditation, he lost interest in fiction. He graduated D.U. Law School in December, 1984, and he has practiced law in Denver since May, 1985, specializing in litigation and appeals. From 1986 to 1994, Janiszewski was the Criminal Law Section Editor of "Trial Talk," the monthly publication of the Colorado Trial Lawyer's Association, to which he regularly contributed articles.

On October 1, 1996, Janiszewski was surprised by the Holy Ghost, who told him, "Jesus is real." The liberating influence of Christ has allowed Janiszewski to resurrect "The Assassination Of Spiro Agnew," a novel he wrote back in 1970-1972, to fulfill its purpose today, because he feels like he owes it to someone.

"People v. Leiby: A Documentary--Jury Verdict Reversed With Directions To Acquit--Insufficient Evidence Of Child Abuse," is strictly legal and only available as an e-book, because it is so long, and because it utilizes hyperlinks extensively.

"Stop Smoking and Lose Weight: The Buddhadharmically Enhanced Alchemical Transmutation Process," by Tharpa Lodro, written in 1980, in Boulder, is also e-book only.

His email address is: steven.janiszewski@gmail.com 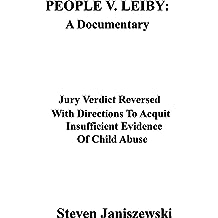 People v. Leiby:A Documentary Jury Verdict Reversed With Directions To Acquit--Insufficient Evidence Of Child Abuse Jun 4, 2013
by Steven Janiszewski, Steven Janiszewski
( 1 )
$12.00
Leiby is convicted of a shadow of child abuse, rather than the statutory crime with which he is charged. Here is Leiby's appeal in detail--the applicable Rules, the Notice of Appeal, the trial transcript, the motions, the briefs, the Order reversing his conviction--including documentation of the trial judge and the appeals clerk's attempts to sabotage it..

Janiszewski's introduction provides the glue and guides us through the documents with hyperlinks and flare. People v. Leiby: A Documentary gives lay readers reality and insight that legal thrillers don't have time to give. Criminal defense lawyers appreciate the subtleties of prosecutorial deception that convince a jury to convict an innocent man. Everyone loves the light of legal reasoning that sets him free.
Read more