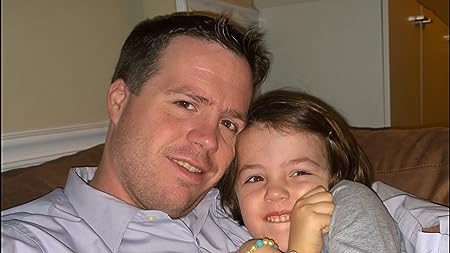 I haven't always been an avid reader. When I was a kid, I would run away from books. I did whatever I had to do so as not to read. I watched a lot of television; it is simpler than reading, so it was a no-brainer for me. I did the whole summer reading the thing, but that was never for the reading, just the prizes. And sometimes, I didn't actually do the reading.

Before I go on, I should mention that I do believe listening to an audiobook is just as worthwhile as reading a book. Regardless, how you bring the words into your mind, whether through letters on a page, pixels on a screen, or words through a speaker, the result is the same. Given my daily commute, I don't have the luxury of time to read. However, with audible.com, I have access to all the literature I want. Audible.com is now my primary source of literature.

As I said, I wasn't an avid reader in my youth. However, one day, when I was still in high school, a good friend of mine gave me a book to read, Wizard's First Rule. I figured since he gave it to me and he was so excited about it, I would read at least the first few pages. After reading those first few pages, I decided to read the next few chapters, and then the next few chapters. Before I knew what had happened, I had finished the whole book. This single book, the whole series, in fact, was my entrance back into the wide world of literature that I had sought escape from for so long. If it hadn't been suggested to me in just the right way, I would never have gotten back into reading. That is why this series will always hold a special place in my heart.

And as the saying goes, "Youth is wasted on the young." Now that I don't have the time to read I wish I could reclaim the time I wasted when younger and use it to read or write, rather than being so obsessed with TV. That said, there are some good shows on television, but they are few and far between. Some like Castle, Angel, and Buffy, the Vampire Slayer, have excellent story-lines and can be good for the brain. It also helps that they have a good dose of humor. Sadly, however, most TV shows are just candy, good in the short run but will ruin your health over time.

Now, what makes a good book, movie, or television show to me? Story is king, and the story will raise or sink whatever it is I'm trying to enjoy. The story, as a whole, has to be good. If any part of the story, beginning, middle, or end limps, then it can destroy the whole story for me. A perfect example is Unbreakable with Samuel L. Jackson and Bruce Willis. The movie was great right up until the end where I forever lost interest in it. Now television shows and a series of books are different. There will be weak episodes or books, but so long as it isn't each sequel, it's okay by me.

Now a good question to ask would be "What authors have had the greatest influence on me?" Well here is a list of the top ones in, no particular order. 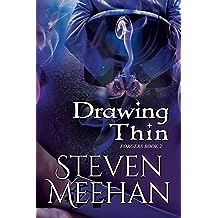 Drawing Thin (Forgers Book 2) Aug 27, 2019
by Steven Meehan
$4.99
Francis managed to survive his brief employment with Bertrand Dempsey by the skin of his teeth. The man whom Bertrand had commanded Francis to kill was like him, with one major exception, Alexis Rene LeBlanc knew all the ins and outs of their gift. The pair, with some daring, had managed to engineer Francis’ freedom.Now that Francis is free from Dempsey’s influence, he has gained a new master and teacher in Alexis. Their relationship is tenuous at best, but if Francis gives up his criminal ways, Alexis will teach Francis all that he needs to know in order to use his gift and survive.After reaching this arrangement, Francis’ former partner in crime and lifelong friend Matthew Williamson is in trouble. He has been kidnapped by a shadowy organization that is threatening to kill him if Francis doesn’t surrender himself. When Francis asks Alexis for help, his new mentor is not inclined to risk such a raw talent in an attempt to rescue a regular man.But Francis will not allow his friend to suffer because of him. Now Francis will have to convince his new mentor to help him free his friend from a highly funded group with no qualms about killing whoever they need to accomplish their goals.
Read more
Other Formats: Paperback 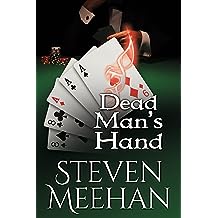 Dead Man's Hand Mar 1, 2015
by Steven Meehan, Erica Ford
( 2 )
$2.99
Marcus is a smooth talking lover of life, who excels at whatever he touches, especially Texas Hold’em. Armed with only his wits, powers of observation, and the proverbial ace up his sleeve, he is always on the lookout for the most exclusive games. So when he manages to come across a high-end tournament that is being hosted in New Orleans, he is immediately drawn to it.

On his way to the tournament Marcus unearths the identity of the man who is orchestrating the tournament. And despite the involvement of Bertrand Dempsey, one of the most influential criminal masterminds east of the Mississippi, Marcus heedlessly enters the tournament, only to discover too late that he got more than he ever bargained for.

Now Marcus must rely on more than his wits or smooth talk if he is going to stay one step ahead of the tournament’s organizer. He will have to rely upon the unique skills that mark him as special in order to leave the tournament with his money and his life.
Read more
Other Formats: Paperback