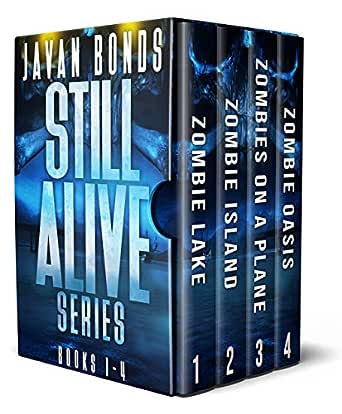 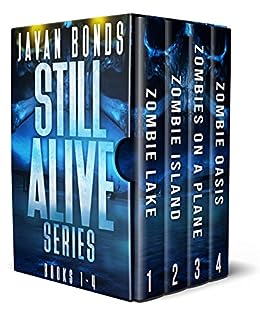 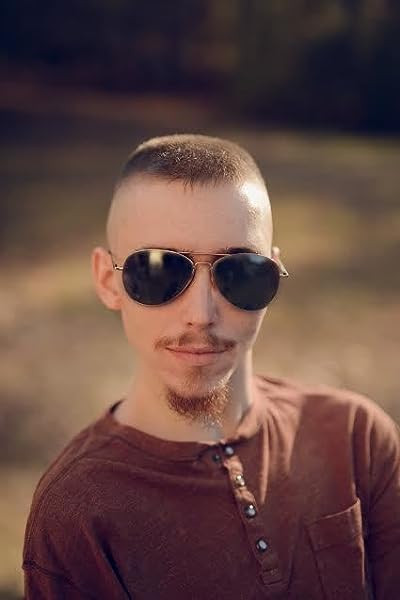 5.0 out of 5 stars
5 out of 5
11 customer ratings
How does Amazon calculate star ratings?
Amazon calculates a product’s star ratings based on a machine learned model instead of a raw data average. The model takes into account factors including the age of a rating, whether the ratings are from verified purchasers, and factors that establish reviewer trustworthiness.
Top reviews

DabOfDarkness
5.0 out of 5 stars Zombiedy with a pirate ship! Excellent!
Reviewed in the United States on December 4, 2019
Verified Purchase
This is such a ridiculous and fun story. Mo is engaging and the zombies are nudists. Luckily, there’s this pirate ship where Mo can hangout with his few friends. The story had me laughing, sometimes at inappropriate moments. Being gnawed on by zombie nudists isn’t funny…. or is it?

Mo cusses, a lot. Hence, I felt right at home with this character from the beginning. Now Mo also is a bit of an idiot and he’s got some ‘isms’ to deal with, like his casual racism, homophobia, and sexist ways. At first, I wasn’t too sure what the story was going to do with this aspect but as the plot develops, I could see the author was using Mo’s hangups as a way to poke fun at such aspects of society. In this way, the Still Alive series reminded me a bit of True Blood and how it pokes fun at racism, etc.

The humor is a mix of slapstick, sarcasm, and poking fun at racism, sexism, homophobia, etc. When I tired of the slapstick, a bit of sarcasm stepped in, and when I tired of that, Mo was again proclaiming he’s not sexist even while he ogled some woman. It’s a good thing Mo is a good guy in general, and that he’s working on broadening his horizons.

The ladies don't get much page time and this is the one weakness of the story. Now admittedly, the bulk of the story is told through Mo’s eyes and he doesn’t hang out with the women much. Still, I wanted more Hammer, and I wanted to know more about Crow. I would love a story featuring Hammer, Crow, and Bradley. The zombies would be vanquished! Mary, Bradley’s service monkey, had the most page time out of all the female characters (and she’s a humorous addition).

I think this series really indulges my immature side, in a totally good way. It’s hard to not make fun of blue nudist cannibals, as Mo can attest to. The weenie jokes are everywhere in this book and I did snort-giggle a time or two. Sometimes the grundge talk (how gooey those zombies really are) goes a little far for me so I don’t recommend eating while listening to this book. 4.5/5 stars.

The Narration: S. W. Salzman is pretty good for this series. The setting is Alabama so sometimes the accent was there and sometimes it was just a bit off for Book 1. But his Alabama accent was really good for the rest of the series. He had distinct voices for all the characters and his female voices were feminine. I especially like his voice for Hammer and for Mo’s mom. The pacing was perfect and there were no technical issues with this recording. 4.75/5 stars.

Jed
5.0 out of 5 stars 5 stars on laughs alone!
Reviewed in the United States on December 8, 2019
Verified Purchase
I cannot begin to describe how great this series is! It came at the perfect time, as I thought I had run out of good horror/comedy listens. This has quickly become a favorite and I am so glad that I decided to add the audio when I purchased the Kindle version!

The narrator did an excellent job voicing all of the characters and really brought the story to life. Kudos to the author for finding the perfect fit!

The story itself is loaded with sarcastic banter between characters and enough laughs to make it worth listening to more than once! ... and there aren't many books that have been so good that I needed to come back for a second helping!

If you are offended by foul language, dirty jokes, or the occasional gross-out, by all means, pass this up. If you don't mind any of these things, this is a must-have! I can't wait to continue this series!

Sharon
5.0 out of 5 stars Love this series!
Reviewed in the United States on August 1, 2020
Verified Purchase
What a refreshing take on the much written about zombie apocalypse. The characters he has created are people you and I can picture dealing with in our every day life. Mo, Smokes, Randy, Gene, Easy, what a cast!
I love the humor Javan has incorporated into his tale and can’t wait to go on to the fourth book in this delightful romp through the blunatic apocalypse! Well done Javan.
Read more
Helpful
Comment Report abuse

Misty A
5.0 out of 5 stars One of the best zombie reads!
Reviewed in the United States on February 4, 2020
Verified Purchase
These zombies are gross and graphically killed. Which is actually kind of fun to read. Javan Bonds is an amazing story teller.
Read more
Helpful
Comment Report abuse

Neesie315
5.0 out of 5 stars Still Alive
Reviewed in the United States on January 7, 2020
OMG, I freaking love this series! I have not laughed so hard while reading/listening to a book in a long, long time! I'm pretty sure that I snorted Coke out of my nose a few times (and, no, I don't mean Coca-Cola.....it was Mountain Dew!).

Javan Bonds has absolutely nailed what I have always pictured the Zompoc to be. Our protagonist, Elmo Collins (better known as Mo) decides to write a journal to chronicle his day to day life after the Peevies have taken over. He can't believe that he isn't seeing tons of dead bodies or zombies when he ventures off the replica pirate ship where he works. Instead, he encounters people who seem to be fellow members of a movie cast!

I love all of the movie/TV references throughout the book. And, Smokes is a walking stereotype that you just have to love! You have an old friend in Bradley, who is a paraplegic complete with his service monkey, Mary. Mr. Bonds throws caution to the wind and mentions just about every stereotype you can think of in his descriptions of his characters. I love that he doesn't seem to care about being PC (a rare thing in today's world!).

Being from the South, I especially enjoyed the scene in Wal-Mart, where our crew goes to find supplies. Of course, if you are from the South, you know that you ALWAYS meet somebody you know when you go to WM! Our group encounters Mo's old love (who he was too shy to really pursue) and the local drunken redneck, Walt, who is only there for the beer.

I would caution the listener to be aware that this is a series that is NSFW. You will definitely embarrass yourself if you listen in a public place by bursting into gales of laughter. If you are easily offended by politically incorrect stuff or cursing, give this one a pass. However, I never thought that I would be laughing like a pre-teen boy at some of the jokes, so you never know!

I could go on and on, but you just have to listen to this series to really appreciate all of the fun! S.W. Salzman does an absolutely amazing job with the accents and dialects throughout the book. I plan to continue this series (and reread these books often) and I know that I will always hear his voice when I do.

If you love Zombie books and want to read a unique one, grab this series and never look back! Great job, Javan! Keep up the good work & I'll meet you at the Wal-Mart!
Read more
Helpful
Comment Report abuse
See all reviews from the United States