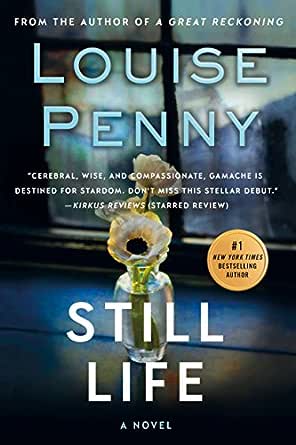 You've subscribed to A Chief Inspector Gamache Mystery! We will preorder your items within 24 hours of when they become available. When new books are released, we'll charge your default payment method for the lowest price available during the pre-order period.
Update your device or payment method, cancel individual pre-orders or your subscription at
Your Memberships & Subscriptions 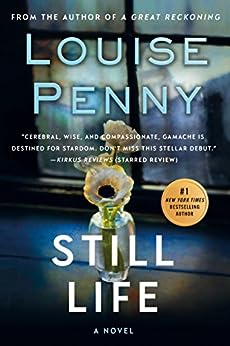 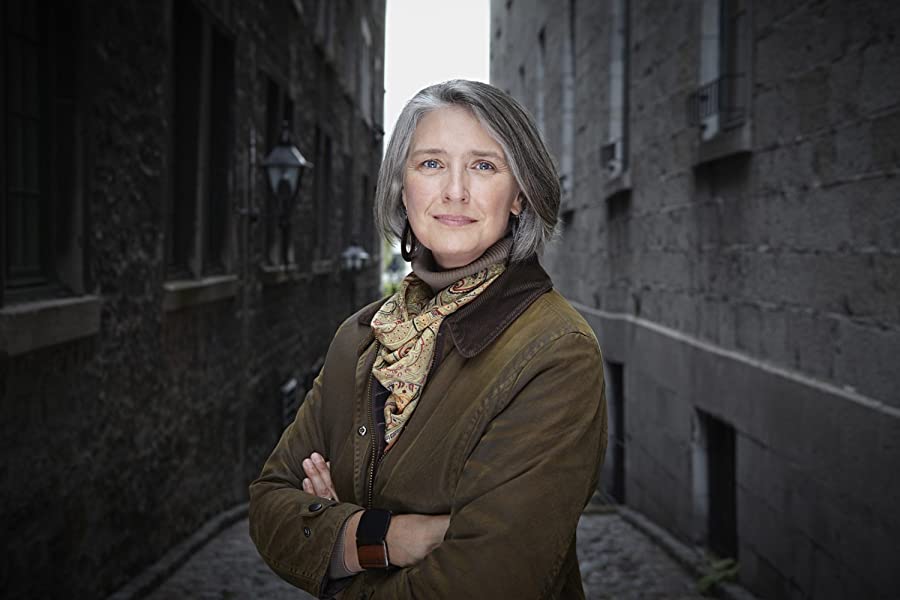 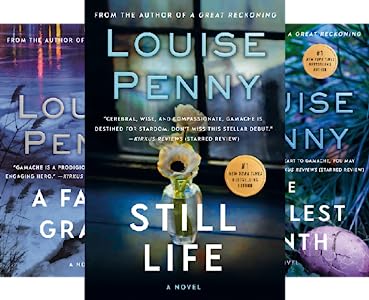 “It’s hard to decide what provides the most pleasure in this enjoyable book: Gamache, a shrewd and kindly man constantly surprised by homicide; the village, which sounds at first like an ideal place to escape from civilization; or the clever and carefully constructed plot.”
—Chicago Tribune

“Terrific. Like a virtuoso, Penny plays a complex variation on the theme of the clue hidden in plain sight.”
—Publishers Weekly (starred review)

“A gem of a book.”
—Booklist (starred review)

“A gem of a debut novel—clever, charming, with perceptively realized characters… and the enormously appealing Chief Inspector Armand Gamache. I can’t wait for the next installment.”
—Deborah Crombie, author of Water Like a Stone

“An excellent, subtle plot full of understanding of the deeper places in human nature, and many wise observations that will enrich the reader long after the pages are closed.”
—Anne Perry, author of Long Spoon Lane

“Georges Simenon kept Maigret going for over a hundred books. It will be a delight for all of us who love detective fiction if Louise Penny can stay around long enough to do ...

*Starred Review* The residents of a tiny Canadian village called Three Pines are shocked when the body of Miss Jane Neal is found in the woods. Miss Neal, the village's retired schoolteacher and a talented amateur artist, has been a good friend to most of the townsfolk, so her loss is keenly felt. At first, her death appears to be a tragic accident--it's deer-hunting season, and it looks a stray hunter's arrow killed her. But some folks are suspicious, and Chief Inspector Armand Gamache of the Montreal Surete is called in to investigate. Accompanying Gamache are his loyal assistant Beauvoir and Yvette Nichol, a new addition to Gamache's team. The trio soon finds that the seemingly peaceful, friendly village hides dark secrets. The truth is both bizarre and shocking, even to the jaded Gamache and his team. This is a real gem of a book that slowly draws the reader into a beautifully told, lyrically written story of love, life, friendship, and tragedy. And it's a pretty darn good mystery too. This belongs in the same league with such other outstanding Canadian mysteries as Eric Wright's Charlie Salter series. Emily Melton
Copyright © American Library Association. All rights reserved --This text refers to an alternate kindle_edition edition.

Starred Review. Canadian Penny's terrific first novel, which was the runner-up for the CWA's Debut Dagger Award in 2004, introduces Armand Gamache of the Sûreté du Québec. When the body of Jane Neal, a middle-aged artist, is found near a woodland trail used by deer hunters outside the village of Three Pines, it appears she's the victim of a hunting accident. Summoned to the scene, Gamache, an appealingly competent senior homicide investigator, soon determines that the woman was most likely murdered. Like a virtuoso, Penny plays a complex variation on the theme of the clue hidden in plain sight. She deftly uses the bilingual, bicultural aspect of Quebecois life as well as arcane aspects of archery and art to deepen her narrative. Memorable characters include Jane; Jane's shallow niece, Yolande; and a delightful gay couple, Olivier and Gabri. Filled with unexpected insights, this winning traditional mystery sets a solid foundation for future entries in the series. (July)
Copyright © Reed Business Information, a division of Reed Elsevier Inc. All rights reserved. --This text refers to an alternate kindle_edition edition.

'Sharp dialogue, beautiful prose, a clever solution and a perfect length make this an auspicious debut effort' Deadly Pleasures" -- Deadly Pleasures 20051201 'I loved it...a crime novel written with such skill and integrity, strong on character and atmosphere! I couldn't put it down' -- Margaret Yorke 'What a joy it is to discover a detective like Armand Gamache: strong, calm and charismatic, and at work on a good mystery in a believable setting' -- Peter Lovesey 'An excellent, subtle plot, full of understanding of the deeper places in human nature and many wise observations that will enrich long after the pages are closed' -- Anne Perry 'A very clever book! Louise Penny knows that a small, closed community is in many ways the most dangerous place to live in' -- Ann Granger --This text refers to an alternate kindle_edition edition.

Chief Inspector Armand Gamache of the Surêté du Québec and his team of investigators are called in to the scene of a suspicious death in a rural village south of Montreal. Jane Neal, a local fixture in the tiny hamlet of Three Pines, just north of the U.S. border, has been found dead in the woods. The locals are certain it's a tragic hunting accident and nothing more, but Gamache smells something foul in these remote woods, and is soon certain that Jane Neal died at the hands of someone much more sinister than a careless bowhunter.
Still Life introduces not only an engaging series hero in Inspector Gamache, who commands his forces---and this series---with integrity and quiet courage, but also a winning and talented new writer of traditional mysteries in the person of Louise Penny.

LOUISE PENNY is an award-winning journalist who worked for many years for the Canadian Broadcasting Corporation. Her bestselling first mystery, Still Life, was the winner of the New Blood Dagger, Arthur Ellis, Barry, Anthony, and Dilys awards; and her second, A Fatal Grace, won the 2007 Agatha Award for Best Novel. She lives in a small village south of Montréal where she writes, skis, and volunteers. Visit her website at www.louisepenny.com.

Miss Jane Neal met her maker in the early morning mist of Thanksgiving Sunday. It was pretty much a surprise all round. Miss Neal’s was not a natural death, unless you’re of the belief everything happens as it’s supposed to. If so, for her seventy-six years Jane Neal had been walking toward this final moment when death met her in the brilliant maple woods on the verge of the village of Three Pines. She’d fallen spread-eagled, as though making angels in the bright and brittle leaves.
Chief Inspector Armand Gamache of the Sûreté du Québec knelt down; his knees cracking like the report of a hunter’s rifle, his large, expressive hands hovered over the tiny circle of blood marring her fluffy cardigan, as though like a magician he could remove the wound and restore the woman. But he could not. That wasn’t his gift.  Fortunately for Gamache he had others.
--This text refers to an alternate kindle_edition edition.
Read more