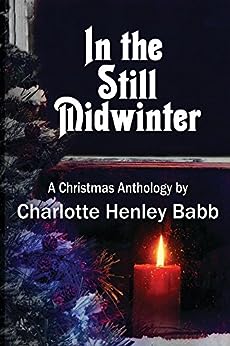 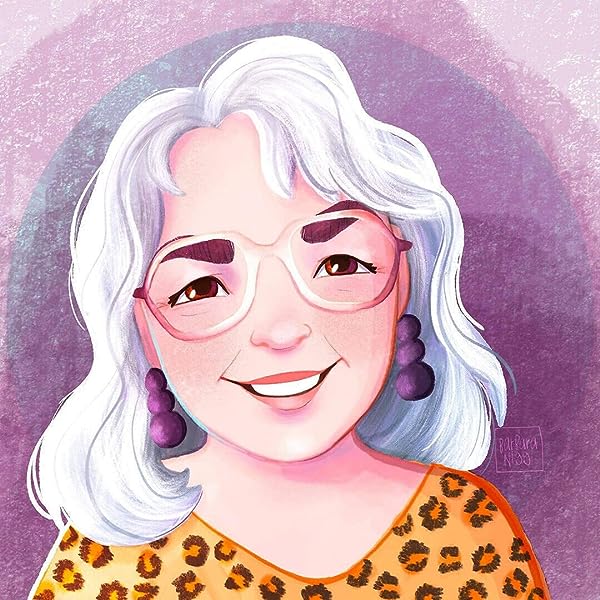 In the Still Midwinter: A Christmas Anthology Kindle Edition

by Charlotte Henley Babb (Author) Format: Kindle Edition
See all formats and editions
Sorry, there was a problem loading this page. Try again.
Five stories of Christmas redemption and relevation--families, strangers, coworkers, and even the dear departed.
* Queenie's Christmas - A doll helps a girl and her mom find the spirit
* Cocoa and the Cat - It's dangerous to bring in a stray
* The Brick - Christmas is about surprises, right?
* Moon Dance - The magic comes just when a person needs it<
* In the Still Midwinter - When the lights go out, will it be the worst party every?

Being vulnerable helps people find the true spirit of the season despite the hype and expectations. Settle in with a cup of cocoa and enjoy.
Read more
Previous page
Next page

Charlotte has been writing since she was four, making up stories about fairies in the back yard and aliens in the forest. These stories come from her experience and observations of life in the silly season of the holidays. She has studied the folk stories of many cultures and wonders what happened to ours. Where the stories are for people over 20 who have survived marriage, divorce, child-raising, education, bankruptcy, and widowhood? Read her blog at charlottehenleybabb.com. Follow her at @charlottebabb and see her author page at https: //www.facebook.com/charlotte.henley.babb --This text refers to the paperback edition.

She began writing when she could hold a piece of chalk and scribble her name--although she sometimes mistook "Chocolate" for "Charlotte" on the sign at the drug store ice cream counter. Growing up in the red mud and sweet tea Carolinas, she played with the fairies in the woods and the aliens in the back yard.

When her third-grade teacher allowed her access to the fiction room at the school library, Charlotte discovered Louisa Alcott and Robert Heinlein, an odd marriage of the minds. These two authors have had the most influence on her desire to share her point of view with the world and to explore how the world might be made better. Her favorite authors now include Sir Terry Pratchett, Robert Aspirin, and Esther Friesner.

She has taught English in high school and junior college, written procedure manuals, and edited writing association newsletters. Her presentations at education and writing conferences on using the Internet, blogging, using social media, and writing science fiction have been well-received.

Her first novel, Maven Fairy Godmother: Through the Veil, was published in 2012 and received an honorable mention in the 2014 National Federation of Press Women communications contest for adult novels.

She has studied the folk stories of many cultures and wonders what happened to ours.

Where the stories are for people over 20 who have survived marriage, divorce, child-rearing, post-gradaute education, bankruptcy, empty nest, and widowhood?

Lily
5.0 out of 5 stars A nice book
Reviewed in the United States 🇺🇸 on February 2, 2016
Verified Purchase
This book made me feel different emotios. I was caught by suspense, fear, sadness and so on. The Author has the ability to enthral your attention
Read more
One person found this helpful
Helpful
Report abuse

"In the Still Midwinter" is the kind of book that will get everybody in the spirit of Christmas; at least I cannot imagine who could resist. This book contains heartwarming short stories that made me smile. Henley Babb is an excellent writer, gifted with a talent to describe the little details, which coincidentally happen to be the little details "all of us" remember, too. Because, these details are the ones that define Christmas; all of us have experienced these beautiful moments.

I am also a bit tired of the many special effects and loud jingles which seem to really "interrupt" the season, non-stop. Come to think about it, today (Oct 24) at home improvement markets the decorated trees are already on display - now - even before we celebrated Thanksgiving or have dressed up for Halloween.

In contrast to this loud season American stores and media seem to force on us, Henley-Babb's stories are thoughtful, sweet, surprising, just like what was "good" about "the good old days." The stories tell of the divorced mom who wants to give her daughter the Christmas gift she really wants, of Rose, who is out of cocoa, and while she goes to get some meets a "homeless man" together they change each others' lives, ... of a ruined Christmas party and what happened next, and "the Brick."