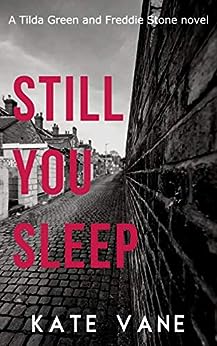 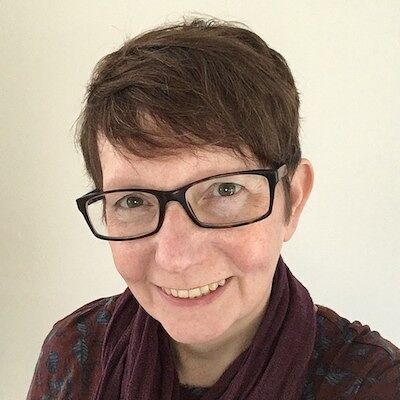 Terry Tyler
4.0 out of 5 stars Gritty Crime Mystery
Reviewed in the United States on February 18, 2020
I have reviewed this book via an ARC from the author, for Rosie's Book Review Team. The fact that it was free has not affected this honest assessment.

I chose this book from the review team list because I'd read another book, Brand New Friend, by this author and was most impressed by her characterisation. Although this is a crime novel - not my usual choice - it concentrates on those involved in the situation (families, friends), and the journalists looking into it, which is why I enjoyed it much more than I might have done had it been a police procedural.

Vikki Smith is a young woman with a learning disability who is found dead from a drug overdose. The police write it off as an accident but online journalist Tilda Green and redundant crime reporter Freddie Stone believe foul play to be afoot; Freddie knows the family and Tilda scours social media on a daily basis, discovering much that makes her suspicious.

The story is very 'real life', warts-and-all, and one aspect that I liked is how current it is, both sociologically and in the way in which Tilda delves into every intricacy of social media, though I did wonder if it would go over the heads of people who don't know exactly how Twitter works, on quite a complicated level. I'm a Twitter addict, though, so I really appreciated how well the author understood its idiosyncrasies.

The characterisation, dialogue and the logistics of the plot deserve a round of applause, though I felt there were one or two many storylines and character points of view. Social media strategies, dysfunctional families, social prejudice, drug dealers and abuse, alcoholism, two-faced politicians, unrequited love, alt-right versus liberal politics; every scenario is written most convincingly, but I'd sometimes get to the beginning of a new chapter from yet another POV and think, 'Hang on a minute, who's Simon?', and have to look back to remind myself. The addition of so many plot threads and characters actually dilutes the evidence of her strengths; Ms Vane is a highly competent and readable writer. Less could be so much more, but this is really the only complaint I have about this book.

Still You Sleep flows along so well, wrapping all storylines together at the end, is entertaining, real, so relevant to today's world, and I'd definitely recommend it to anyone who appreciates well-drawn characters by a writer who has a sharp understanding of topical issues - or who simply enjoys working out mysteries.

E.P. Clark
VINE VOICE
5.0 out of 5 stars Smart, Compelling Crime Fiction That's Gritty Without Being Gory
Reviewed in the United States on February 13, 2020
Two teenage boys break into a local flat for a little low-level burglary. But they find a dead body.

So begins "Still You Sleep," the latest crime novel by Kate Vane. Like her previous efforts in the genre, this one is smart and suspenseful, with a down-to-earth plot that feels all too possible.

The story centers around two hard-up journalists: Freddie, a borderline alcoholic whose career has gone downhill; and Tilda, an independent blogger whose career has yet to take off. Freddie is friends with the family of the victim, and he brings Tilda in to help with the social media side of the story. It seems that the victim was being targeted on Twitter by alt-right trolls. But as Tilda digs deeper, she discovers that there may be more to it than they originally thought.

The book is markedly contemporary and topical, with issues such as social media, alt-right vs. progressive politics, and Brexit all appearing in the story. I suppose readers who don't want anything political in their books might find that off-putting, but readers who enjoy novels with their finger on the pulse of modern society will appreciate it.

Although "Still You Sleep" has a strong ring of verisimilitude to it, bordering on the gritty, it eschews direct depictions of violence or other gory details. It's certainly not cozy, but it's not aiming for the shock value of violent murder scenes or explicit depictions of autopsies. Instead, it focuses on the motivations and personal lives of the characters, who come across as mixed bags of very human virtues and flaws.

I described "Still You Sleep" as "smart," and it is, but it is also written in a straightforward prose style that should appeal to a wide variety of readers, whether or not they are looking for an "intellectual" crime novel. Recommended for readers who enjoy contemporary crime fiction or crime fiction with strong female protagonists.

My thanks to the author for providing a review copy of this book. All opinions are my own.
Read more
Helpful
Report abuse
See all reviews

Squeaky Joe
5.0 out of 5 stars A thought-provoking mystery
Reviewed in the United Kingdom on October 24, 2020
Verified Purchase
In her own place and with her family and a support worker nearby, Vikki Smith seems happy – until she is found dead by a burglar. With a video and Vikki’s name trending on social media, the trolls come out of the woodwork. But could one of them be responsible for her death, or is the killer someone closer to home? Online journalist Tilda teams up with veteran crime reporter Freddie to uncover the truth behind the story. But first, they have to learn to work together…

This is the first book I’ve read by Kate Vane and the first in the Tilda Green and Freddie Stone series. With an ensemble cast of characters, the story moves around the community, building up a picture of the people who may, or may not, be involved in Vikki Smith’s death. With a strong political theme and an intelligent, well-plotted writing style, Ms Vane tells a good tale. Though the quantity and mix of characters did become a little confusing at times, this is a thoroughly absorbing and clever book that delves into difficult issues around community responsibility and the impact and consequences of social media. The author’s characters are convincing and well-drawn, ensuring they are distinct from each other, while giving an authentic feel to the story. The two main characters are also noteworthy in that though the combination is unusual, there are none of the usual irritating traits that investigator-pairings often have in crime fiction.

A thought-provoking mystery that bodes well for future adventures.
Read more
Report abuse
See all reviews
Back to top
Get to Know Us
Make Money with Us
Amazon Payment Products
Let Us Help You
EnglishChoose a language for shopping. United StatesChoose a country/region for shopping.
© 1996-2021, Amazon.com, Inc. or its affiliates