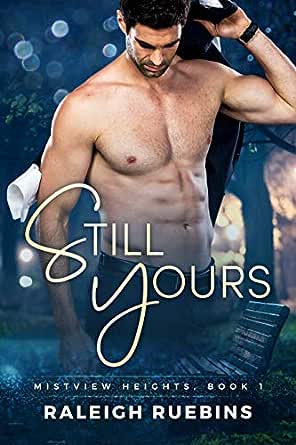 You've subscribed to Mistview Heights! We will preorder your items within 24 hours of when they become available. When new books are released, we'll charge your default payment method for the lowest price available during the pre-order period.
Update your device or payment method, cancel individual pre-orders or your subscription at
Your Memberships & Subscriptions
There was an error. We were unable to process your subscription due to an error. Please refresh and try again. 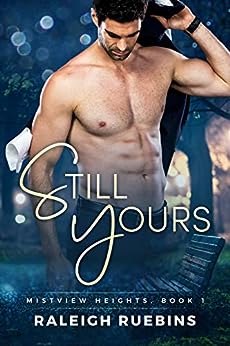 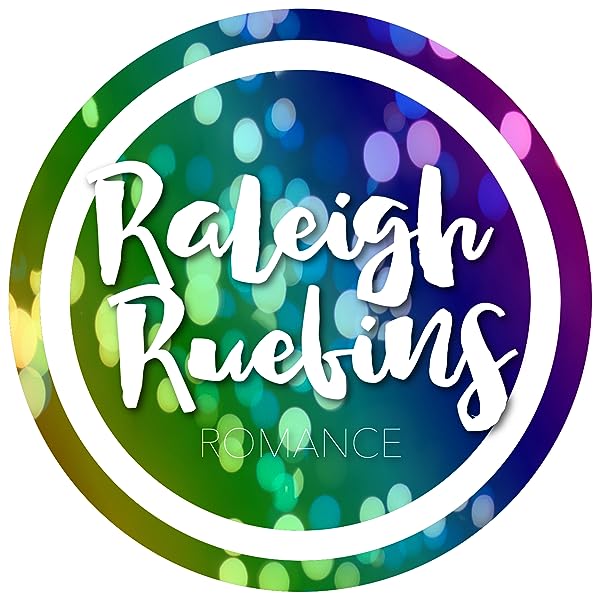 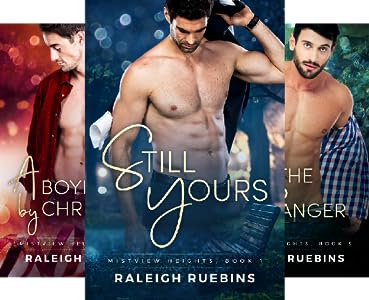 4.2 out of 5 stars
4.2 out of 5
44 global ratings
How are ratings calculated?
To calculate the overall star rating and percentage breakdown by star, we don’t use a simple average. Instead, our system considers things like how recent a review is and if the reviewer bought the item on Amazon. It also analyzes reviews to verify trustworthiness.

MBN
4.0 out of 5 stars The Prince and the Pauper ~ or so it seems
Reviewed in the United States on November 21, 2018
Verified Purchase
What happens when the prince, the new owner of the Terrance Hotel, and the pauper, a housekeeper at the hotel, meet again many years following their aborted first kiss as high school seniors?  I'm not telling.

Nothing is as it seems in this story with the potential for a second chance.  The attraction, smoldering for the past ten years, seems to be the only thing Josh and Adrian have in their favor and the flame still burns bright.

Adrian, as a senior in high school and son of the Terrance Hotel magnate, is an embarrassment to his family.  He isn't just guessing that and there's no self-pity involved.  His father reminds him almost daily.  He is an outsider in his own family and can't wait to leave.  There are no big high school plans and no college waiting in the wings.  Adrian is moving to Oregon, all by himself, without a big plan other than to get away from his family.

While at his parents' society celebration of Adrian's graduation rife with undertones of disappointment, Adrian sees an interesting young man who he sort of recognizes from school although he doesn't know his name.  Josh and Adrian speak for the first time at this graduation party and one thing leads to another until they share a kiss, the first for each of them.  Their interlude was quickly aborted when Adrian's mother saw them together and blew a gasket.  Adrian cannot be gay.  As a Terrance, marriage to someone with cachet is the plan and Adrian can't leave town fast enough.

Interesting that Adrian of the society family, has no plan other than to be independent and Josh, from the other side of the tracks, is going to college with big aspirations.  Thus begins the journey separating these two young men.

Secondary characters add a bit of flavor and throw some curves in this emotional story of push and pull, fear and resolve, oh yes, and hope.  Although you will experience the full range of emotion, these guys know what they want.  They just aren't sure how to get there.
Read more
Helpful
Comment Report abuse

Kindle Customer
5.0 out of 5 stars Still Yours: Mistview Heights Book 1
Reviewed in the United States on January 13, 2019
Verified Purchase
This book was absolutely wonderful! I could not put it down, this Author will have you spellbound! Keep those Kleenex handy, I loved it and teary eyed too. It's a beautiful love story, lots of drama, secrets reviled, family and friends making a great story, don't miss it! Many thanks, Honey Bee 🐝📚💙🎶
Read more
Helpful
Comment Report abuse

Amazon Customer
5.0 out of 5 stars A well written second chance
Reviewed in the United States on November 29, 2018
Verified Purchase
I really enjoyed this story because of the tension between Josh and Adrian. The ten years they have spent apart make for not only a steamy romance but also a chance at forgiving things in he past.
Read more
Helpful
Comment Report abuse

Kenneth A. Hewett
5.0 out of 5 stars A heart warming story
Reviewed in the United States on December 21, 2018
Verified Purchase
This is a wonderful book about being yourself and to hell with everyone else. The story is also very sexy.Don’t miss this one.
Read more
Helpful
Comment Report abuse

AC
2.0 out of 5 stars William Shatner used less ellipsis
Reviewed in the United States on January 1, 2019
Oh my.... there...were...so...many...ellipsis! Can these people speak without pausing like William Shatner every half sentence!? The story was ok.... I guess. Nothing special or notable about it. Adrien is a rich kid who didn’t want to be rich and was oblivious to his sexual preferences for his entire adolescent life, then lived deep in the closet for 10 years. Josh is an ex druggie artist who works for the hotel’s house cleaning staff. They met one night when they were 18 for a couple hours and destiny was made... apparently. For me, the overwhelming number of ellipsis used in this story made everyone appear weak and uncertain...ALL THE TIME. Plus, the way they spoke, using phrases like “You do not” instead of “you don’t” made everything seem even less appealing. They’re in their late 20, not 70+. I probably wouldn’t read another book by this author.
Read more
One person found this helpful
Helpful
Comment Report abuse

Mary
4.0 out of 5 stars Sweet modern fairy tale!
Reviewed in the United States on November 23, 2018
It is a good start for a new series and I can't wait for Mason's story!
It is a love story about second chances and it is very fairy tale-y, like a modern, m/m Cinderella :)
This is a story about Josh, sexy, out and proud talented painter with complicated past and a shady "friend" meeting his high school crush - rich, deeply closeted hotel owner. Their chemistry is great, they are pretty likable (even though Adrian WAS a little bit annoying with his inability to make the right decision faster) and I was glad to see them happy and in love in the end.

This is a sweet, romantic and enjoyable book that made me smile and laugh. It is well written and fast paced. In the same time it is not the most believable story, I wish Josh and Adrian had spent more time together before meeting again.

I fully recommend it to everyone who needs something relaxing and sweet.
Read more
One person found this helpful
Helpful
Comment Report abuse

Joseph Albanese
5.0 out of 5 stars A stunningly awesome book.
Reviewed in the United States on November 20, 2018
A terrific and brooding , angsty second chance story that kept me hanging on to every missed moment and glorious connection that volleyed back and forth between Adrian and Josh in this first of a new series in Mistview Heights. A magical connection is made on the eve of Adrian's going away party after High School Graduation at his families highend , and exclusive hotel The Terrance. A place that has felt more like prison to him than a home. IT is here for a brief evening he connects with Josh a classmate he had not interacting with the entire time he was at school and now finds captivating. They share a share their first kiss, then both of their worlds are torn away from each other. Coming back to Mistview to claim his inheritance of becoming the owner of the Terrance Hotel , when Adrian had never had any intentions of ever returning brings back all the insecurities and doubts he had growing up. One thing he handn't counted on was Josh would also be there. There was so many feels and heart breaking moments that rippled through the story .When things got one step ahead for Josh and Adrian , then they would go two steps back. But more and more something would have to break. Fraught with genuine emotional pushes and pulls, I couldn't help but be swept up and rooting for these men to find that balance, that sweet spot to move together in. There is some incredibly super tender and hot moments that really turn up the heat. I barrelled through the final third of this book because it was so intoxicating and I couldn't bear stop before I found out what would transpire , and I was rewarded with a sweet joyous feeling that lingers and revelations of who might be next to find love in Mistview. A stunningly awesome book.
Read more
Helpful
Comment Report abuse
See all reviews

JES
3.0 out of 5 stars Not for me. Spoilers.
Reviewed in the United Kingdom on November 29, 2018
Verified Purchase
First time read for me by this author.
I so wanted to like this more than I did. I liked the premise of the book and after reading the sample, thought I would give it a go. Plus there were so many positive reviews, it looked like it was going to be worth it.
I enjoyed the writing style, I just couldn't get invested in the MC's relationship.
Josh was a very likeable, strong character who had been through a lot and come out the other side, despite certain elements of his past trying to pull him back into a lifestyle he had removed himself from. It was Adrian I found irritating. I generally don't read books where I think there will be a lot of flip-flopping of feelings and that is the reason why. I understood up to a point why the character felt the way he did because of his obligation/loyalty towards the family heritage, but also couldn't quite understand why he didn't come clean about being gay (or talk to his very affable brother about the situation). When he finally did it was such an anti-climax as nobody seemed particularly bothered. I would also have liked to have seen him stand up for himself, at least a little bit, to his parents and business associates. I'm not altogether sure why Josh was so taken with him and the chemistry wasn't there for me between the two of them, although I did like the idea they were each others first kiss.
I am glad they got their HEA and it all works out in the end, even though it all felt a bit unnecessary.
If you like a light read with some angst then you may like this. A lot of people did.
It just wasn't for me. Sorry.
Read more
Report abuse
See all reviews