Stinger and Bow (The Sedumen Chronicles Book 4) and millions of other books are available for Amazon Kindle. Learn more
Share <Embed>
Have one to sell?
Sell on Amazon 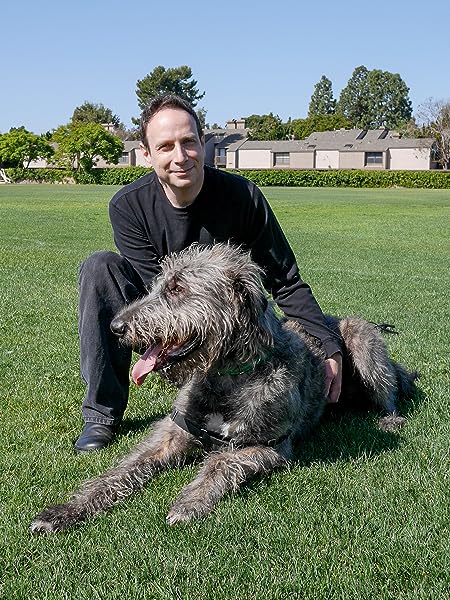 The Amazon Book Review
Get book recommendations every week. Read it now.

Orren Merton started writing fantasy and science fiction at an embarrassingly young age. In high school, he picked up guitar and start playing up and down California in a few loud and moody bands, culminating in his current project Ember After. During that time, magazines, developers, and corporations began to pay him to write and edit music software related articles, manuals, and books. Since then he has written the urban fantasy novel The Deviant and the science fiction novel Skye Entity before working on The Sedumen Chronicles, his current series of urban fantasy YA novels. He lives in Southern California with his family, pets, collection of sci-fi/fantasy memorabilia, and curiously large stuffed animal collection.
Start reading Stinger and Bow (The Sedumen Chronicles Book 4) on your Kindle in under a minute.

Scott Patterson
4.0 out of 5 stars Great page turner.
Reviewed in the United States on June 30, 2019
I am proud to tell you that I received a free copy of this book for an honest review. With that being said ...
What a great quick read. The story continues this one primarily on young Rachel. So Rachel is thirteen going on thirty. This book shows her growth and development as she faces her inner demons. (Pun intended).
Orren Merton is a great story teller and a wonderful world builder. This book has it all Action packed great characters and a unique situation. It also delves a bit deeper into the psychology of the budding super hero. I can't wait to read the next installment.
Read more
Helpful
Report abuse

Deborah Jay
3.0 out of 5 stars A well imagined fantasy world
Reviewed in the United States on February 23, 2016
Three and a half stars.
In our world, Rachel is a thirteen year old girl with a complicated history, having lost her mother to illness and her foster father to murder. The book begins with her losing her temper with a fellow student, and inflicting an acid burn to the girl’s face.
We quickly discover that Rachel is also known to the world as Stinger, a human/spirit hybrid, who is the sidekick to the famous superhero, Lady Firebird. Rachel’s remorse when she realises the damage she can do by simply losing her cool, is a good starting point to engage our sympathy for her tricky situation.
This is the 4th volume of the Sedumen Chronicles, but is designed to stand alone for those who haven’t read the earlier books, and I found that to be one of the best facets of this novel. It’s extremely hard to bring a reader into a complicated fantasy world with already fully developed world building, and Merton did an excellent job of accomplishing that; I never felt out of my depth with the characters or the awesomely imagined spirit world, and how they all interacted with the ‘real’ world.
The writing is smooth, easy to read, and engaging, (although I did come across a small number of issues, mostly missing words, with the odd incorrectly used word and a few tiny viewpoint glitches – not too many, just enough to notice). The dialogue is great – always a big plus – and although I’m not a fan of present tense, it was well done in this case.
My main problem was the plot. Or rather, the lack of it.
The blurb does a good job of describing the plot. Unfortunately, none of it happens until so far into the novel, I was starting to wonder why I was reading it. First mention of the crossbow is at 25% of the way in, and the first threat (which actually turns out to be a dangling thread for the next book) turns up at around 50%. There are whole chapters that, while very pleasant, don’t advance the plot. The actual villains don’t appear until the climax, with only the tiniest hint that anything might be amiss just a few chapters earlier.
I realised near the end, that the main thrust of the story is about Rachel coping with things no child her age should have to confront, but that wasn’t made clear by either the blurb or the narrative focussing strongly on that issue.
Don’t get me wrong, I enjoyed this enough to want to go back and read the earlier books and become acquainted with Alex’s story and learn more of the spirit world, which sounds like a wonderfully imagined place. I just feel that this book might have had more impact if it had been even shorter than it is, and tighter in construction.
The ending is the best bit, so it was worth getting there. I just found my attention wandering too often to find a higher rating.
Read more
Helpful
Report abuse

Charity Martinez
4.0 out of 5 stars A Hero Girl
Reviewed in the United States on March 2, 2016
For full review please search "5 Girls Book Reviews" in a search engine and/or Facebook

This book was great!

It was about a young girl named Stinger who lives a secret life as a superhero's sidekick. Stinger really wants a new bow so she travels to England to have an expert design her bow. Along the way she encounters some troubles with a few villains. She also shows everybody that she is more than a sidekick, she is a hero.

My favorite part is when Stinger starts realizing that everyone is her family and friends.
Read more
Helpful
Report abuse
See all reviews
Back to top
Get to Know Us
Make Money with Us
Amazon Payment Products
Let Us Help You
EnglishChoose a language for shopping. United StatesChoose a country/region for shopping.
© 1996-2021, Amazon.com, Inc. or its affiliates