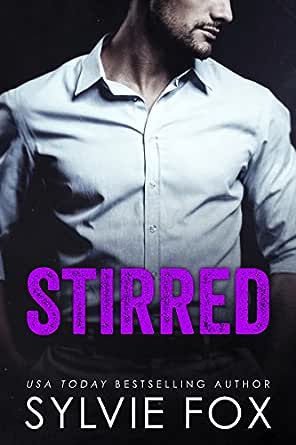 You've subscribed to Hollywood Studs Series! We will preorder your items within 24 hours of when they become available. When new books are released, we'll charge your default payment method for the lowest price available during the pre-order period.
Update your device or payment method, cancel individual pre-orders or your subscription at
Your Memberships & Subscriptions
There was an error. We were unable to process your subscription due to an error. Please refresh and try again. 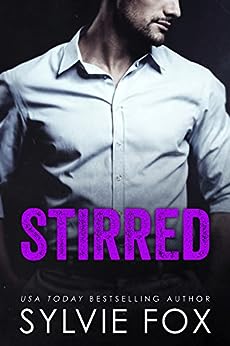 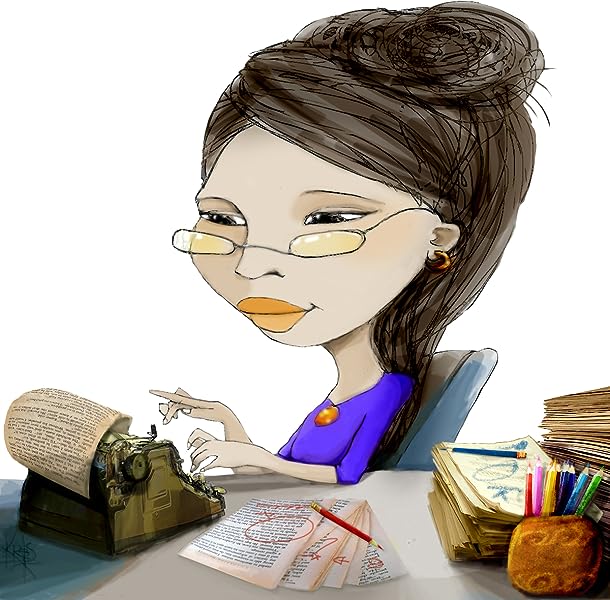 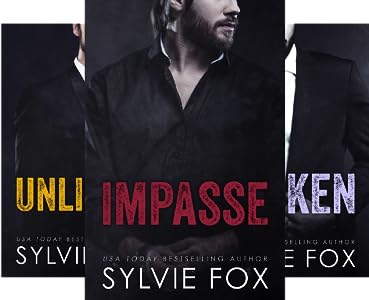 "A sweet quirky love story with an interesting cast of characters. A fun read." - Kim P., reader --This text refers to the paperback edition.

If you enjoy smart fiction for smart women, you may also enjoy my other titles:

Sylvie Fox is the USA Today Bestselling author of smart women's fiction. She splits her time between Los Angeles and Budapest, where she enjoys yoga, knitting, farm-to-table cooking, and life with her son. When she's not writing, her nose is stuck in a book.


**Also, don't forget to "Follow" Sylvie on Amazon by clicking the yellow button beneath the author photo.**

Steven Barnett has been narrating audiobooks for the last 5 years, doing voices for the last 20, and telling stories all his life. An avid reader of all genres, Steven is the narrator of choice for such series as the Jeff Resnick Mysteries by L.L. Bartlett, the Never Hero series by T. Ellery Hodges, the Junkyard Druid series by M.D. Massey, and the L.A. Nights series by Sylvie Fox. Steven is a native of Florida, based currently in Salem, OR, and can be found at facebook.com/letmetellyouastory  and @PlasmatixUltra on Twitter!
--This text refers to the paperback edition.
Read more

4.1 out of 5 stars
4.1 out of 5
25 customer ratings
How does Amazon calculate star ratings?
Amazon calculates a product’s star ratings based on a machine learned model instead of a raw data average. The model takes into account factors including the age of a rating, whether the ratings are from verified purchasers, and factors that establish reviewer trustworthiness.
Top Reviews

B. Roscoe
4.0 out of 5 stars A Sober And Sweet Story About Two Adults Who Find One Another While Caring For Aging Parents!
Reviewed in the United States on August 21, 2019
At five feet eleven inches, Zoe Andreis, thirty-two, towers above many men. Her old fashioned father worries she will have a hard time finding a husband. The Greek beauty has traveled the world for ten years while working on her comic strip, aptly named Wanderlust. She comments on foreign cultures, moving every year or so. She has been in Budapest for the past eighteen months.

She is now back in L.A. for an undetermined amount of time to oversee her father's care after a health scare. She and and her two brothers had lost their mother to cancer when she was fifteen, so Zoe flew back and took charge when her brother called with the news. She had a huge network of family and friends willing to help her father through his crisis, which made things easier on everyone. Her father wasn't himself now, and was in and out of the hospital for several weeks without a diagnosis. She was en route to the hospital again when an usually young and attractive bus driver caught her attention.

Max Kiss had spent his life in his dead brother's shadow. He was never quite enough, unable to completely fill the void for his much older parents. His Hungarian parents left their country after 1956 and settled in the U.S. There was no Hungarian community in L.A. then, so Max was raised without a network of friends and family. Max's mother died from a stroke four years earlier without much warning, and soon after it became apparent that his father suffered from Alzheimer's. Max suddenly found himself caring for his father, and he vowed to be there for him. His hobby of buying and repairing luxury watches was his only pleasure now. He hoped to one day make a business of his hobby, after retiring from his job of driving the bus.

When Zoe heads for the hospital and gets on Max's bus, he is surprised to find himself attracted to her. She is definitely not his type. But they begin an easy conversation, and he soon discovers that she lives in Hungary. They discuss Hungarian restaurants, and he takes a chance and invites her to join him at a new one.

Over the course of several weeks, Max and Zoe comfort one another as they each deal with their aging parents and family drama. Max hints at wanting more, but Zoe prefers to avoid all serious discussions. She isn't ready for settling down or having a family of her own, perhaps in large part due to unresolved family problems.

The book alternates POVs between Max and Zoe, with an occasional POV from Dominic, Zoe's father. He has a little story of his own intermixed in Max and Zoe's. A glance at characters in other stories in the series is also provided.

This is a simple story that moves slowly. If you aren't already aware that the storyline revolves around aging parents, you might wonder where the story is going. But it does eventually become clear, and when it does, it is sad and touching. Being a caretaker is emotionally draining, so it is easy to root for the couple's happiness! Max and Zoe eventually earn a well-deserved HEA.

Tameka Green
5.0 out of 5 stars Volunteer!!! Honest Arc Review
Reviewed in the United States on August 20, 2019
Max and Zoe are a very complicated couple. The two meet while dealing with serious family problems. Max is a bus driver who is in denial that his father and last living relative is slowly dying and suffering from Alzheimer. Then we have Zoe that ran away from home and doesn’t speak with her brother but she has come back home to help her father from his medical scare. In dealing with the possible loss of her father Zoe will finally have to deal with all of the hurt and pain of past mistakes. But with all the upheaval that they face the both of them coming together and falling in love really shows how love can uplift and make you a better version of yourself. I loved this book.

Julie
5.0 out of 5 stars Max wanted everything with Zoe. Zoe just wanted a 'thing' - maybe.
Reviewed in the United States on August 7, 2019
This was an amazing Sylvie Fox novel! The characters and storyline drew the reader in from the onset. Kept tension and passions high throughout, while leaving the reader wondering what was going to happen next - even wanting the book to continue. The quirks, history, depth, desires, and personal details given to each of the characters gave them identity and individualism (including secondaries). Zoe was back in the states to see to her father's health. Max knew all to well what health issues could do to family members - been there, doing that! He was there for comfort, to help forget. When comforting turns to loving and Max wants Zoe to stay in L.A. can Zoe give up her desire to escape/ to run? Is Max worth taking a chance?

I received a free copy of this book and am voluntarily leaving a review.
Read more
Helpful
Comment Report abuse

Bookaholicmom
3.0 out of 5 stars I did enjoy the novel
Reviewed in the United States on October 23, 2016
When I first saw the blurb and cover of Stirred, I was expecting a poignant story of two people bonding over their aging fathers. I didn’t get that exactly. I did enjoy the novel, it was just more cute and flirty then I was expecting. I loved the addition of the comics; I thought they added a fun element to the story.

Zoe is independent and spunky but she loves her father. I loved that she came home to fight for his health. It hit a little close to home since a pulmonary embolism is what caused my stepdad’s death. I could sympathize with Max on that one. Max was charming and sweet. And maybe a tad too soft for my tastes—I like my sweet tempered with a side of alpha. I felt like he let Zoe walk all over him. I loved the secondary story of Dominic and Bridget; I thought it was adorable watching them flirt with each other. I didn’t understand all the side characters but that could be because I’m just now jumping into the series.

Overall, it’s a solid and well written story. A bit quirky and while it may not end up on my top 10 for the year or my re-read list, I did enjoy it. If you like quirky, sweet romances then this one might be for you.

Vinessa Donatelli Wooten
4.0 out of 5 stars Gosh
Reviewed in the United States on September 11, 2019
Zoe was a wreck yes she was living the life of Riley sort of, but when her father was put in the hospital she dropped everything to fly thousands of miles to be at his side. Back in Los Angeles she meets Max, their connection is undeniable bit she lives across the country and he will not leave Los Angeles. When it is time to leave they are both hurting but neither says a word. Know time has past and they miss each other who breaks the distance.

Zoe is a globetrotter back in LA because her father is at Cedars. She’s taking the bus.

The MTA bus driver is Max. Max is a good man who has to take care of his father.
He’s Hungarian.

I loved this ode to LA. From the in and out burgers to the MTA, this book captures the heart of LA.

And Max? Who knew a bus driver could be all that?