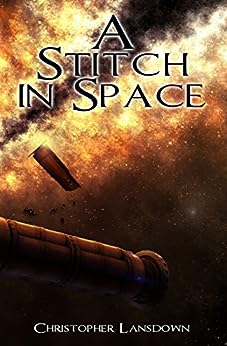 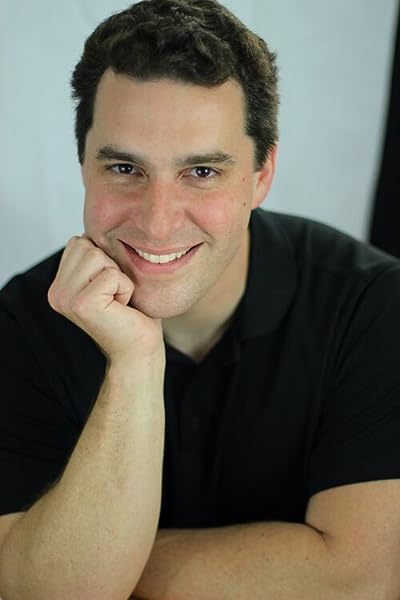 A Stitch In Space Kindle Edition

4.1 out of 5 stars
4.1 out of 5
29 global ratings
How are ratings calculated?
To calculate the overall star rating and percentage breakdown by star, we don’t use a simple average. Instead, our system considers things like how recent a review is and if the reviewer bought the item on Amazon. It also analyzes reviews to verify trustworthiness.
Top reviews

Kindle Customer
5.0 out of 5 stars A truly intriguing space pirate story
Reviewed in the United States on March 7, 2021
Verified Purchase
A cargo freighter attacked by space pirates. The crew in mortal peril. Sounds kinda ho hum. Same old same old. Except its not. The dynamics as the crew first get familiarized with each other then how they each respond to the threat brought about by the pirates makes for a really interesting. The fact that the central character happens to be a priest makes it that much more intriguing. I do hope Mr. Landsdown writes further stories with Fr. Xris.
Read more
Helpful
Report abuse

Alfred Genesson
4.0 out of 5 stars Today I have an excellent tale for you
Reviewed in the United States on August 24, 2016
Verified Purchase
From my blog, injusticegamer.blogspot.com:
Cower not, fierce reader! Today I have an excellent tale for you, that would have remained hidden from us. I was blessed to end up in a conversation with the author, Mr. Christopher Lansdown, through my friend Declan Finn, on Twitter. It was a small, and largely inadequate, conversation about the philosopher Josef Pieper and his Leisure, the Basis of Culture. I checked his profile, and found his books, and I look forward to more conversations with the gentleman.

Onto the crimes against Social Justice this book brings(minor spoilers, I'll try to avoid plot points):

Firstly, and permeatingly, this book follows a priest's journey from Earth to a new parish on a colony world. What criminal acts, to have Catholicism exist that far in the future, and to follow a priest within that time.

Second, our priest is no caricature. He is a real character, with a past, with interests and competencies other than his priesthood. And while Father Xris does evangelize, he never passes judgement or hate, which clearly is in violation of Social Justice. He is not a hypocrite when it comes to sex, and takes his vows seriously.

Thirdly, while we have a setting that is largely unchristian. However, it is not atheist or muslim. No, this future, while it largely abandoned Christianity, has embraced paganism. While the crowd of Social Justice might consider this good initially, they clearly have no knowledge of Christendom's early years. Pagans, that is, true pagans, are looking for truth and things that make life worthwhile. To an atheist, life has no inherent value(or they would not advocate abortion or euthanasia), nor can any revelation of truth change that. The search for truth and value is what opens the honest pagan to the possibility of Christianity.

Fourth, Mr. Lansdown has included at the end of his tome notes for both Christians and atheists. The note to Christians advocates for goodness and patience in evangelism, and the avoidance of shortcuts. His note to atheists defends his characters as pagans and not atheists, and notes his own surprise at their behavior, something I'm led to believe is common by several excellent writers.

For his crimes against Social Justice, I must ask Mr. Lansdown to write more(he only has two books at the moment). This was highly entertaining and properly, an great act of Injustice. 8/10 Fell Deeds.

Mike Moody
4.0 out of 5 stars Christianity + Space Pirates = Good Reading
Reviewed in the United States on August 21, 2015
Verified Purchase
This is a fun novel … assuming you know what you are getting yourself into. The book contains a good, suspenseful story in deep space wrapped around some long conversations about Christian apologetics. Think C.S. Lewis, but with less subtlety. The characters aren’t particularly deep, but are interesting enough and the story is well done even though the plot doesn’t really get going until the second half of this fairly short book. There is quite a bit of interesting detail about the ship and space travel, though. These parts weren’t just hand waving to get to the apologetics but were detailed and well thought out and would have made a good hard science fiction novel on their own. Bonus points for including renderings of the ship in the appendix. If you want some Christian apologetics thrown in with your space pirates, you’ll enjoy this book.
Read more
Helpful
Report abuse

C. Ancion
5.0 out of 5 stars When science fiction meets philosophy
Reviewed in the United States on March 31, 2017
Verified Purchase
I really enjoyed this highly original short sci-fi novel on a small group of migrants in a cargo space ship en route to a newly colonized planet. The trip lasts 6 months, giving passengers and crew ample time to get to know each other. Friendships develop and conflicts arise, especially between the ship's engineer Katie, a rabid atheist, and one the passengers, the highly intelligent and charismatic Father Xris. Because of her bigoted family background, Katie has nothing but contempt for Christians and cannot wait to prove Fr. Xris' hypocrisy by attempting to seduce him. The story reaches a climax, when the space ship is attacked by pirates and gets off course. Will the passengers and crew survive this crisis and, if so, how will it affect their future attitudes and lives? The story is not only interesting from a human/philosophical perspective, but also offers a lot of technological details, which will interest any hard sci-fi fan. Highly recommended.
Read more
Helpful
Report abuse

David R. Emmons
5.0 out of 5 stars Aquinas among the stars...
Reviewed in the United States on July 2, 2018
Verified Purchase
Enjoyed the verbal sparing and good basic apologetics for truth and reality. The padre was a bit too much the explainer...and there could have been a little more regular chat so that he wouldn't almost be unbearably annoying. It ended so he wasn't. Still great book.
Read more
Helpful
Report abuse

Bud Roller
4.0 out of 5 stars A fascinating philosophy
Reviewed in the United States on June 29, 2018
Verified Purchase
As a person fascinated by religion on general and Christianity in particular, I enjoyed the father's talks about God and the human situation.
Read more
Helpful
Report abuse

Justin M Tarquin
4.0 out of 5 stars Father Brown in the 25th Century
Reviewed in the United States on May 4, 2015
Verified Purchase
The science-fiction plot takes awhile to thicken here, while the hero engages in thoughtful Christian apologetics in a futuristic setting. Ultimately a satisfying read, likely to appeal to fans of the G. K. Chesterton / C. S. Lewis school.
Read more
One person found this helpful
Helpful
Report abuse
See all reviews