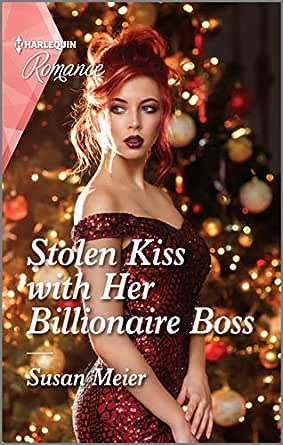 You've subscribed to Christmas at the Harrington Park Hotel! We will preorder your items within 24 hours of when they become available. When new books are released, we'll charge your default payment method for the lowest price available during the pre-order period.
Update your device or payment method, cancel individual pre-orders or your subscription at
Your Memberships & Subscriptions 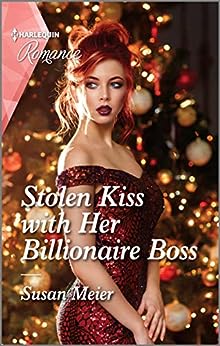 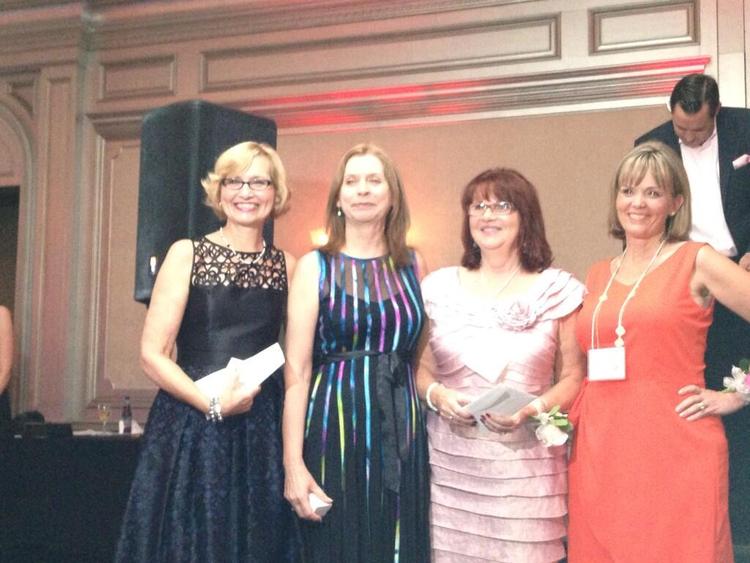 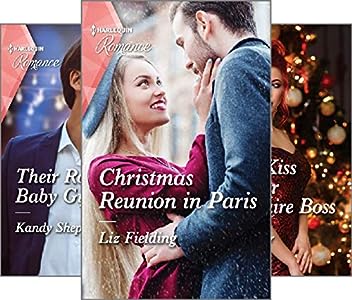 Susan Meier spent most of her twenties thinking she was a job-hopper – until she began to write and realised everything that had come before was only research! One of eleven children, with twenty-four nieces and nephews and three kids of her own, Susan lives in Western Pennsylvania with her wonderful husband, Mike, her children, and two over-fed, well-cuddled cats, Sophie and Fluffy. You can visit Susan’s website at www.susanmeier.com --This text refers to the mass_market edition.

Mrs. Helen Sibbritt
5.0 out of 5 stars A beautiful heart-warming story
Reviewed in the United States on December 3, 2020
Verified Purchase
Oh this story finished this series so beautifully, oh my there were lots of happy tears for me. This is an emotional and moving read as we get to know Hugo and learn all that he had been through in his younger years living at the famous Harrington Hotel in London. Now Hugo has a chance to make things right and re-create the famous Christmas Eve party that had been started by his father, and see him fall head over heels for his party planner Erin.

Erin is one of Manhattan’s best party planners and has worked numerous times for Hugo Harrington but when he all but insists that she relocate to London for Christmas to help get a hotel and Christmas Eve party up and going she is far from impressed but when there is an offer too good to refuse Erin makes her way to London she has been attracted to him but getting to know him in his home town she gets to see him in a different light and her feelings are soaring.

Hugo is determined to get his family back together he feels he needs to return as big brother to his siblings twins Jay and Sally, but Erin is making him see things differently and he is not sure which Hugo he really is at the moment business man Hugo or caring, loving Hugo. It is not long before he an Erin are sharing more than work and he is feeling his world turn around and his heart opening, can he really be the man that Erin deserves.

I truly beautiful, moving and emotional story that sees Hugo find his family and put the past behind him and look to the future with Erin and her son and Erin also has some things from her past that need to be sorted and it is Hugo who helps her do this. They are made for each other and I can highly recommend this beautiful sensual, heart-warming story, the epilogue is the best and there were lots of happy tears and lots of smiles from me.
Read more
Helpful
Report abuse

Vickie Fisher
5.0 out of 5 stars Best book to start your holiday reading
Reviewed in the United States on December 1, 2020
Verified Purchase
Before I even opened the cover of Stolen Kiss with Her Billionaire Boss, I was in the Christmas spirit. The cover is stunning. That warm happy feeling the cover evoked came to life between the pages of the book. Once I stepped inside Erin and Hugo’s story, I couldn’t put it down. It was fun to watch Erin unleash Hugo from her brooding boss to charming heartthrob without even meaning to. Hugo can steal my heart anytime? I have never been to London but as Hugo took Erin and her son to all the best holiday spots, I felt like I was right there with them. I hope I’m on the guest list of the Harrington hotel Christmas Eve party because it’s destined to be the event of the year. If you are looking for that warm Christmas spirit than, Stolen Kiss with Her Billionaire Boss, is the perfect book to start your holiday reading.
Read more
Helpful
Report abuse

The corridors of the luxurious Harrington Park Hotel echo with bittersweet and painful memories of the past for Hugo Harrington. The hotel had been in the family for generations and had once been home for Hugo and his siblings – until a cruel twist of fate had transformed his safe haven and sanctuary into somewhere he no longer felt welcome or wanted. But a lot has changed for Hugo and the hotel in the last few years. Now that they have tentatively started to vanquish their former demons, the family is determined to restore the hotel to its former glory and Hugo will pull out all the stops to make this happen. But in order to make his dream a reality, he needs help – which is why he asks New Yorker Erin to assist him in renovating the hotel.

Erin was surprised when she was hired by Hugo to help restore the Harrington Park Hotel’s fortunes – especially as Christmas is just around the corner. Initially Erin thought that for Hugo, the hotel was just another business venture and that all he was interested in was making as much money as he possibly can. However, the more time she spends with him, the more she realises that for Hugo, this isn’t business, but something far more personal. But just what is driving Hugo? As she sees him wrestle with old memories from his torrid past, she quickly begins to see a different side to the brooding boss she finds herself drawn to and attracted by…

Being back at Harrington Park Hotel has been anything but easy for Hugo, but having Erin by his side has made the entire process so much more bearable. As they begin to get closer with each passing day, keeping things strictly professional between the two of them proves easier said than done. However, when giving into temptation proves inevitable, will they find the courage to admit the truth about the depth of their feelings for one another? Or will their fears and insecurities prevent them from grasping this unexpected chance at happiness with both hands?

Susan Meier’s Stolen Kiss with Her Billionaire Boss is a moving, dramatic and enjoyable contemporary romance about second chances, hope and finding the courage to take a chance on love that tugs at the heartstrings and will bring a smile to your face.

Erin and Hugo are both wonderful characters I couldn’t help but love. Erin was a strong, resilient and compassionate heroine and Hugo is a brooding and charismatic hero who will steal your heart.

A beautifully written contemporary romance perfect for curling up with this Christmas, Susan Meier’s Stolen Kiss with Her Billionaire Boss is a delight from beginning to end.
Read more
Helpful
Report abuse
See all reviews