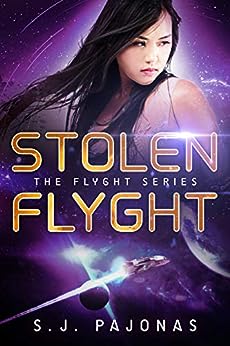 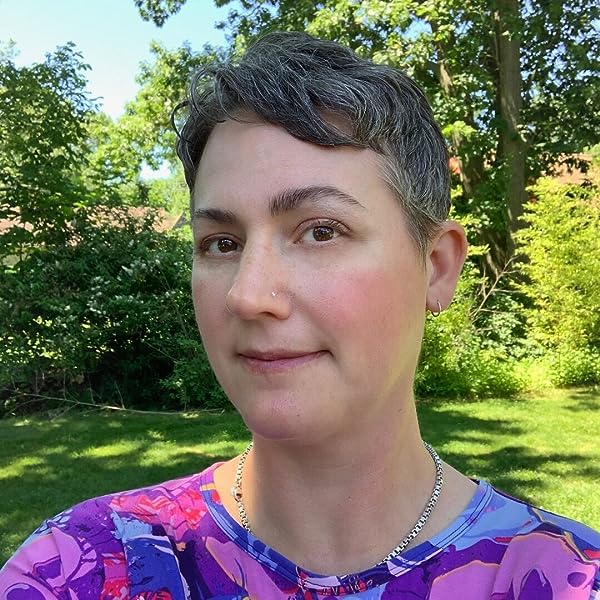 by S. J. Pajonas (Author) Format: Kindle Edition
Book 6 of 6: The Flyght Series
See all formats and editions
Sorry, there was a problem loading this page. Try again.

One last mission to secure her birthright. A frozen world and a sinister conspiracy that may cost her land… and her life.

Vivian will do whatever it takes to finally be victorious in the battle for her family farm. So when her benefactor insists she infiltrate a hostile military base on a treacherous ice planet, she has no choice but to agree. But when two of her crew are apprehended during the operation, her focus shifts to desperate survival.

Outmanned and pinned behind enemy lines, Vivian’s options for escape dwindle. But everything she believes in turns on its head when she makes a shocking discovery in the base’s top-secret lab.

Can Vivian and her team evade a deadly trap to win back her legacy?

Please note: THIS SERIES MUST BE READ IN ORDER. It is a true series and plot elements carry through every book, from beginning to end. You will miss too much by reading this series out of order or skipping around. The Flyght Series is complete at six books. This is also a slow-burn romance series that contains profanity and sexual situations.

Stephanie (S. J.) is a writer, knitter, Capricorn, Japanophile, and USA Today Best Selling author. She loves summer, downtempo beats, yoga pants, foxes, owls, dogs, sushi, pasta, and black tea. She lives outside NYC with her husband, two great kids, and her dog who always wants to play. When it comes to her work, she writes about everyday women and uncommon worlds. Find her online at https://www.spajonas.com

Diane
5.0 out of 5 stars Very satisfying ending to a fantastic series
Reviewed in the United States 🇺🇸 on June 24, 2020
Verified Purchase
Wish I could give this 10 stars. More action than I expected, so much more tension. Author Pajonas doesn't slack completing the series. She puts Vivian through the wringer...again. Who can she trust? She's always surprised, this time even more so. I was happy and sad when I realized how close to the end I was. I needed to find out yet didn't want to hurry. I hurried anyway. LOL It's hard to believe that Vivian grew so much in such a short period of time. She was definitely forged in fire, and that fire made her so strong. Kudos to Ms. Pajonas on a job well done.
Read more
Helpful
Report abuse

guiltypleasureswith_cass
5.0 out of 5 stars A Must Read Finisher!!!
Reviewed in the United States 🇺🇸 on June 19, 2020
Verified Purchase
This book was the perfect ending to Vivian's story. I wish we'd had a little bit more inclusion of her men in this overall book itself, but the plot and rest of the story were well finished up for the series, and I very much enjoyed it ❤

If you're looking for something different, something scifi, something with a little bit of all the things you love....Then definitely pick up this series!!!
Read more
Helpful
Report abuse

Kindle Customer
5.0 out of 5 stars Great space opera
Reviewed in the United States 🇺🇸 on August 25, 2020
Verified Purchase
I really enjoyed this series! From #1 to now, it has been a great read. Lots of action and the characters were all engaging.
Reverse harems are not my usual read but the author's take on it was different and there was just enough erotica to not be smutty.
I'm looking forward to checking out her other space operas.
Read more
Helpful
Report abuse

Shantel Nicholson
5.0 out of 5 stars 5 stars for the whole series!
Reviewed in the United States 🇺🇸 on April 16, 2021
Verified Purchase
This series is not what i usually read but i decided to give it a try and i aas veryyyyyyy happy i did. I thoroughly enjoyed vivians story !
Read more
Helpful
Report abuse

shawnna mckenzie
5.0 out of 5 stars Loved
Reviewed in the United States 🇺🇸 on April 15, 2021
Verified Purchase
I look forward to reading more in this world. Great story. I teared up reading the epilogue so happy but can't wait for more from this world.
Read more
Helpful
Report abuse

Kindle Customer Rita
5.0 out of 5 stars Every book bursting with the unexpected!
Reviewed in the United States 🇺🇸 on November 23, 2020
Verified Purchase
I started the first in series, then second and onward until the 6th and was fascinated and mesmerized each book! Sci-fi at it's best and so plot twisting, I was amazed! Perfect get away from reality and lockdown!!!!
Read more
Helpful
Report abuse

Laura Taylor
5.0 out of 5 stars Perfect ending
Reviewed in the United States 🇺🇸 on July 17, 2020
This was such a great series as a whole, and this book was the perfect finisher. More action than I expected and twists and turns I didn't see coming! The characters really had a lot of depth and nuance and everyone is not what they initially seem... Highly recommend!
Read more
Helpful
Report abuse

BookL0v3R
5.0 out of 5 stars The perfect wrap up!
Reviewed in the United States 🇺🇸 on June 19, 2020
Stolen Flyght is the perfect wrap up for this series. I love how strong Vivian is and this final book in the series is all about girl power! Pajonas dives right into the action and it never stops! A great read!
Read more
Helpful
Report abuse
See all reviews
Report an issue
Does this item contain inappropriate content?
Report
Do you believe that this item violates a copyright?
Report
Does this item contain quality or formatting issues?
Report