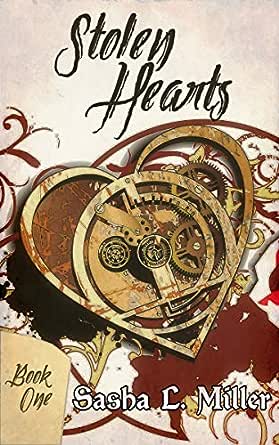 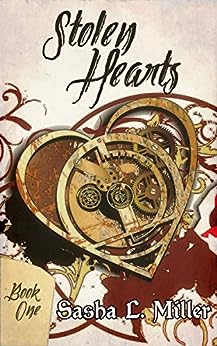 3.6 out of 5 stars
3.6 out of 5
9 global ratings
How are ratings calculated?
To calculate the overall star rating and percentage breakdown by star, we don’t use a simple average. Instead, our system considers things like how recent a review is and if the reviewer bought the item on Amazon. It also analyzes reviews to verify trustworthiness.
Top reviews

Regina
5.0 out of 5 stars Different
Reviewed in the United States on June 1, 2015
Verified Purchase
... but still very enjoyable and entertaining. I liked it. Some minor issues with spelling but not too bad overall. Recommend it.
Read more
Helpful
Comment Report abuse

Chris
5.0 out of 5 stars Magic and a Sweet Romance, 4.5 stars
Reviewed in the United States on February 8, 2016
Mervyn makes a living creating charms and working spells to help the people who come to his door. Normally a wizard is the last place a fairy would go to for help, but Mervyn has been known to freely give his services to those fairies that come to him, without demanding a bond or any service from them. To be bound to a wizard, especially against one’s will, is a bit of a taboo (at best) for fairies and a life-sentence, at worst.

That’s why Callisto comes to Mervyn. He had seen the fairy-lights on the wizard’s door and hoped that the sign of a fairy’s favor meant he could trust the man inside. See he has already come across one wizard–-and it has left him without a heart and with a badly working charm in its place. As that wizard uses their connection to Callisto, Callisto is being slowly drained of his magic…and very soon his life-force. If Mervyn can not help him it is very likely that in three days he will be dead.

I totally swear that I didn’t do this on purpose, but it seemed I really needed some metal-heart-swap in my life, because this is the second book in the last week I have reviewed with that in it (the first being Clockwork Heart by Heidi Cullinan). Turned out pretty well for me since both books were great. This isn’t a story of steampunk, though. Here we have magic and fairies and wizards (oh my!).

This is a very sweet, no-sex story. Which I loved. The romance between Mervyn and Callisto is still all that I want it to be, just there is no sex going on on page. Seeing how I mostly prefer this, I didn’t have any problems with it. Plus, there is mystery and flirting and magic…what more could I want?

While the whole bad-guy thing was a tad obvious, I can’t say I cared all that much. I still think there are shady things going on with certain other wizards, and I’d love to be proven right (or, wrong) in another book in this series. Not to mention that Denzil and Malone have a lovely hate-crush going on.

The workings of this fantasy world were very well done. And quite interesting. The book doesn’t spend too much time getting overly descriptive of either the magic or the world, but it really doesn’t need to. The story tells itself with just enough to make you want to know more, but not so much you feel like you fell into a Wikipedia page by accident.

I had a lot of fun reading this and would love to see more in this universe. I totally recommend it if you are looking for some light fantasy with supper cute protagonists.

kara
3.0 out of 5 stars This one was just not for me...
Reviewed in the United States on September 27, 2015
While I really liked the wizard/fairy aspect of this book I just would have liked more romance between these two..
Callisto needs help because a bad wizard puts a spell on him to steal his energy which ends up taking his heart so he goes to Mervyn for help.
Mervyn helps him with the charm to make the pain less for him and to find the wizard responsible.
While parts of this book were very good, for me personally this one just did not grab me very well.
You get a little bit of action and a little bit of romance with this book.
So as much as I hate to say this because I really do love fantasy books, this one was just not for me...

David Obermayer
5.0 out of 5 stars I loved this book
Reviewed in the United States on December 18, 2012
As always Miller sets up a richly detailed world with its own unique brand of magic. The story centers around Mervyn a powerful wizard who specializes in charms and Callisto a fairy who comes to him with a problem. Callisto's heart has been stolen and replaced by a charm. In the world Miller has built wizards can make themselves more powerful by enslaving fairies and taking their magic and Callisto is one of the unfortunate victim of this practice.Asides from keeping him alive the charm in his chest also allows a wizard to sap the magic out of his body and will eventually kill him.

Mervyn and Callisto's slowly budding relationship is very sweet and gentle. Instead of a kind of instantaneous ultra-love that is often found in romance novels Miller shows to people who become friends and then move on to something more. I for one enjoyed it a lot.

I liked that having his heart removed had real physical, life-changing ramifications for Callisto and that they were not magically (pardon the pun) taken away at the end. Even more so I liked that despite such issues as limited mobility Callisto still came across as a strong and able character.

The book promises to be one in a series and I am looking forward to the rest.
Read more
Helpful
Comment Report abuse

Brenda Parkinson
3.0 out of 5 stars A fun read
Reviewed in the United States on March 20, 2013
I first read this story as a serial on the publisher's web page, and enjoyed it very much, the Fairy Callisto is adorable and terrified in the beginning before slowly warming up to Mervyn. The side characters of the Callisto's cousin and the dectective that Mervyn asks to help them find Callisto's attacker are nice additions. My only complaint would be in reading sometimes Callisto ends sentences in a question mark when not actually asking a question after the third or fourth time reading it you start to develop a tic about it. In no way does deter from the very cute story though. As this is marked Book One, I hope to see further books in the universe hopefully with camos by Mervyn and Callisto.
Read more
Helpful
Comment Report abuse

Elisa
5.0 out of 5 stars 2011 Rainbow Awards Honorable Mention
Reviewed in the United States on October 2, 2015
I really enjoyed this story. The worldbuilding was good, the characters were intriguing, and the conflict held my interest. The only thing I thought was a bit weak was the romance.
Read more
Helpful
Comment Report abuse
See all reviews

bookish_heights
3.0 out of 5 stars Stolen Hearts
Reviewed in the United Kingdom on April 4, 2018
Verified Purchase
3.5*

Great fantasy with a M/M romance. My only complaint is the fact that there is hardly any romance and not much character development.
The plot was so interesting and unique, fast-paced and engaging.
I loved the relationship between Mervyn and Callisto (what little there was).
Loved all the side characters and the world building.

I will definitely be reading more by this author. "The Errant Prince" is next on my TBR.
Read more
Report abuse

Home
3.0 out of 5 stars Cool stuff
Reviewed in the United Kingdom on January 27, 2017
Verified Purchase
Wizards and fairies and bindings. Beautiful how elements of true wicca and magic are intertwined to weave a lovely,albeit tame, romance between a gifted wizard and a artistic fairy.
Read more
Report abuse
See all reviews