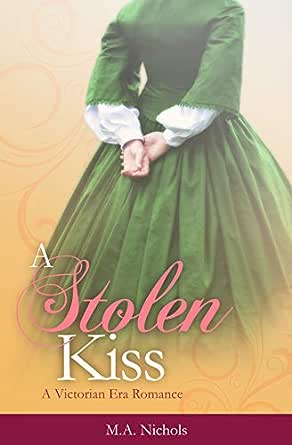 You've subscribed to Victorian Love! We will preorder your items within 24 hours of when they become available. When new books are released, we'll charge your default payment method for the lowest price available during the pre-order period.
Update your device or payment method, cancel individual pre-orders or your subscription at
Your Memberships & Subscriptions
There was an error. We were unable to process your subscription due to an error. Please refresh and try again. 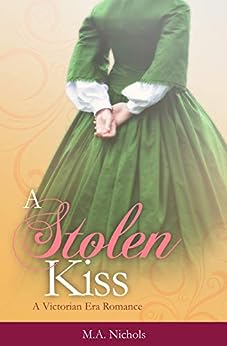 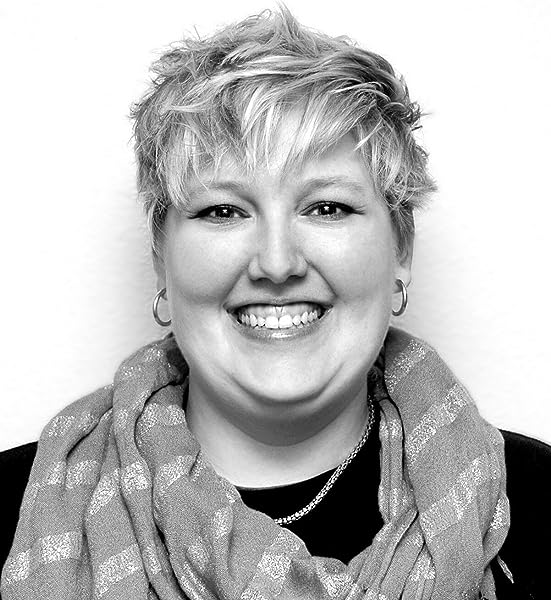 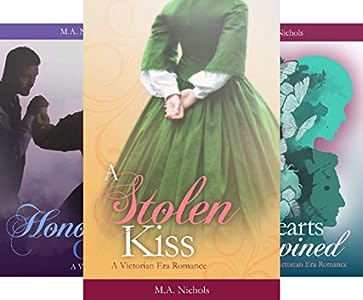 4.3 out of 5 stars
4.3 out of 5
88 global ratings
How are ratings calculated?
To calculate the overall star rating and percentage breakdown by star, we don’t use a simple average. Instead, our system considers things like how recent a review is and if the reviewer bought the item on Amazon. It also analyzes reviews to verify trustworthiness.
Top reviews

aa
1.0 out of 5 stars Tired of all the tears
Reviewed in the United States on April 29, 2020
Verified Purchase
Lily constantly "tears" up over nothing. I skimmed to the end. I couldn't take the tears It will be a long time before I pick up a book by M.A.Nichs
Read more
39 people found this helpful
Helpful
Comment Report abuse

Addicted to Reading
2.0 out of 5 stars Disappointing
Reviewed in the United States on May 12, 2020
I read this book on KU. I had really been looking forward to this book, and actually stayed up half the night to finish it. Unfortunately, it left me flat. The h spent 95% of the story bursting into tears. I get that she was one of those extremely sensitive souls, but c'mon! Crying at every little thing makes it hard to know if you're really hurting or just being silly! The H was the silent, taciturn type. He really had issues with communicating. I wanted to yell at him, "just open your mouth, for goodness' sake!" Finally, his reticence was explained near the very end, but it was frustrating for him not to say more than two words together half the time, and yet expect the h to understand his feelings. Was she supposed to be a mind reader?! Anyway, the writing is great, cohesive and tight, but the plot didn't do it for me. I generally love this author's books, but the last two installments have been a let down. Nevertheless, I'll read the next one about Lucas, the h's cousin. Here's hoping it's up to M. C. Nichols' usual standards.
Read more
45 people found this helpful
Helpful
Comment Report abuse

Reader
1.0 out of 5 stars Terrible
Reviewed in the United States on April 25, 2020
Verified Purchase
Would give it a zero if possible. The other books were good this was utter drivel save your money.
Read more
25 people found this helpful
Helpful
Comment Report abuse

Luci
5.0 out of 5 stars Clean romance
Reviewed in the United States on September 13, 2020
Verified Purchase
I really enjoyed reading this tale of Jack and Lily. Their beginning so humorous and tragic at the same time.

The journey of theirs as they struggle to know one another and their different “love language “.

Each had scars whether actual or figuratively they had a worthy battle to win for themselves and each other.

I look forward to reading more from this series and author.

Birty53
5.0 out of 5 stars Sweet Romance
Reviewed in the United States on May 14, 2020
Verified Purchase
Lily is almost 30, a little on the chubby side and has no marriage prospects in sight. All she wants is one kiss and she’ll be fine as a spinster. So, she has a plan but, unfortunately, it doesn’t work out quite right. She now has a fiancé, Jack, who insists they marry. You would think that this is every Victorian era woman’s dream. But, not so much. That’s what makes the romance so good-not your typical VR.

I really liked the characters in this book. Strong-willed female and seemingly reluctant male, but no one is as they seem. I loved the interaction between the characters and how their personalities moved and drove the story. This is one of those stories where, at the end, I wished for more. The epilogue was not enough.
Read more
7 people found this helpful
Helpful
Comment Report abuse

Sheri Alf
3.0 out of 5 stars Real characters
Reviewed in the United States on June 13, 2020
Verified Purchase
This was an average story but had real characters. None were perfect. It was refreshing to read about imperfect good people
Read more
8 people found this helpful
Helpful
Comment Report abuse

Karen TalleyTop Contributor: Historical Fiction Books
TOP 500 REVIEWERVINE VOICE
2.0 out of 5 stars Boring!
Reviewed in the United States on November 28, 2020
Verified Purchase
I finally finished this! Wow. I definitely won't be looking for another book by this author. This was the most boring 'non-courtship' EVER. I never really figured out what exactly was wrong with the heroine that people considered her 'invisible.' And her physical attributes also left me wondering. Was she overweight or just a tall, big-boned girl? The descriptions were odd. Her constant tearing up also got old, fast. The hero was a wealthy merchant but apparently totally inarticulate. I didn't care for the main characters...actually ANY of the characters. The whole story was just flat and uninteresting.
Read more
2 people found this helpful
Helpful
Comment Report abuse

Kindle Customer
4.0 out of 5 stars But what is a kiss
Reviewed in the United States on November 29, 2020
Verified Purchase
Great story, wonderful story line with characters that will keep your attention, and some will steal your heart. Lily wanted her first kiss to be with a gentleman she had none and
Admired for years, but the gentleman she kissed was not who she thought
And so this began her story of where a kiss could lead.
Thank you ❤
Read more
Helpful
Comment Report abuse
See all reviews

sadfangirl26
5.0 out of 5 stars A stolen day
Reviewed in Australia on November 30, 2020
Verified Purchase
I started reading this after breakfast, and kept coming back to it all day until I finally finished it just before tea (the evening meal in our family). It is warm and human and full of complex rounded characters and attractive protagonists with real flaws they struggle to overcome. It is not concerned with the nobility, rather the middle class, more and less wealthy, and also talks about charity for the poor individually and in larger projects. I thoroughly recommend this book to all romance lovers.
Read more
Report abuse

Kindle Customer
4.0 out of 5 stars Delightful
Reviewed in Australia on November 29, 2020
Verified Purchase
This was delightful and easy to read. Jack and Lilly don't trust easily and this gets in the way when they find themselves honour bound to be engaged after kissing
Read more
Report abuse
See all reviews