You've subscribed to Lives Trilogy! We will preorder your items within 24 hours of when they become available. When new books are released, we'll charge your default payment method for the lowest price available during the pre-order period.
Update your device or payment method, cancel individual pre-orders or your subscription at
Your Memberships & Subscriptions
There was an error. We were unable to process your subscription due to an error. Please refresh and try again. 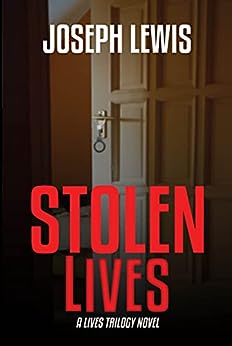 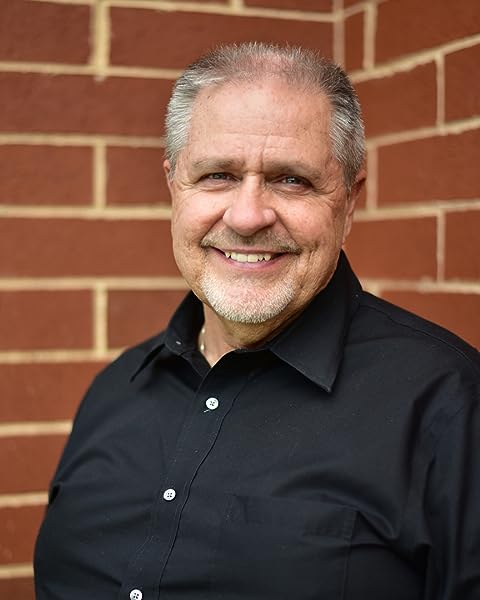 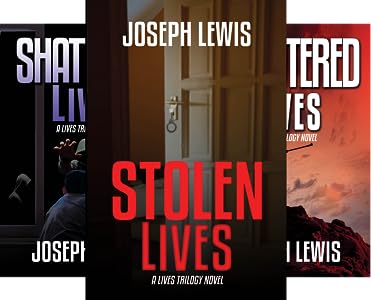 After having been in education for forty-four years as a teacher, coach, counselor and administrator, Joseph Lewis has retired. He is the author of seven novels, using his psychology and counseling background in crafting psychological thrillers and mysteries. He has taken creative writing and screen writing courses at UCLA and USC. Born and raised in Wisconsin, Lewis has been happily married to his wife, Kim. Together they have three wonderful children: Wil (deceased July 2014), Hannah, and Emily. He and his wife now reside in Virginia. --This text refers to an alternate kindle_edition edition.

4.6 out of 5 stars
4.6 out of 5
204 global ratings
How are ratings calculated?
To calculate the overall star rating and percentage breakdown by star, we don’t use a simple average. Instead, our system considers things like how recent a review is and if the reviewer bought the item on Amazon. It also analyzes reviews to verify trustworthiness.
Top reviews

Antigone Walsh
TOP 500 REVIEWER
3.0 out of 5 stars Harrowing
Reviewed in the United States on August 3, 2021
Verified Purchase
A young Navajo boy witnesses a murder that serves as a big break to a specialized FBI unit. A vicious human trafficking ring is targeting boys with lethal results. But the unit has its problems. It has been compromised. can they keep the witness safe and unravel the conspiracy in time to rescue the enslaved boys?

This book opens with a bang. It interweaves the harrowing account of the exploited boy with the tale of the Indian youth and the police investigation. The last third falters. Too many characters, locations and kissing on the forehead. It was hard to believe that the investigators would bc be so foolhardy as to proceed a dangerous take down without backup in place. It takes reinforcements forever to arrive. And the flying a juvenile witness without adult accompaniment to a stomach turning crime scene for id was not credible. The focus also became muddled from a kidnap/exploit/kill conspiracy to personal pedophilia including grooming of victims. I identified the leaks early on. So a mixed bag that highlights a troubling crime.

Amazon Customer
5.0 out of 5 stars Fabulous book
Reviewed in the United States on August 2, 2021
Verified Purchase
This is a tough book to read, but it is easy to love. These kids win. The good guys win. And at least today, the bad guys lose.
Bad stuff happens to good people. It does not make them bad. These boys survived.

I worked at Children’s Protective Services for 5 years, and developed the reputation of having a special knack for working with sexually abused children. This book touched my heart. It is a story that rings loudly of truth. Every parent should read it.

Mr. Lewis has an incredible talent. I am in awe.
Read more
2 people found this helpful
Helpful
Report abuse

Carol Vitucci
5.0 out of 5 stars Everyone should read this series. Everyone!
Reviewed in the United States on April 18, 2015
Verified Purchase
I hesitated to read this book. Now I recommend everyone read the trilogy plus the original. I was going to do a critique of the writing and the explicitness (which is pretty strong) but I've changed my mind. Even though these are novels, it's based on truth and that's what has stuck with me. I think everyone who has children, grandchildren or is thinking of having them should read these. This is a horrific and ongoing problem. These stories focused on boys but ti's happening to both sexes of very young children to teenagers and it is exactly what it's called SEX SLAVERY. I saw a movie a few years ago. Don't remember the name, the actors and it wasn't well written but the last scene has haunted me ever since. It was a girl waking up in the dark. She was one of the two friends that were kidnapped(on holiday in Mexico) but this one lived. She woke up in a shipping container, with snack and junk food, water and a bucket, swinging in the air, being loaded onto a container ship at a dock among thousands of other containers being shipped to some slave market or sex business in a place like Thailand or Morocco etc. She didn't know where she was, how she got there, where she was going, or what would happen to her. It literally made me sick. I've never gotten over that movie and I'll never forget these books either. Again, forget the story (it's good and interesting on its own merit) but read the trilogy because this should never be happening in the US or any country in the world. EVER! Most of us have no clue this is going on but all of us should because it is, and much more often than we can possibly imagine.
Read more
5 people found this helpful
Helpful
Report abuse

Alex
5.0 out of 5 stars Amazing story of human trafficking of boys
Reviewed in the United States on August 13, 2021
Verified Purchase
I read this book and found it both interesting and disturbing at the same time. Well written from beginning to end. Human trafficking is real, we read about it everywhere but this book takes you inside so you get a glimpse into what can go on.
Read more
One person found this helpful
Helpful
Report abuse

Kathleen A.
5.0 out of 5 stars Dark but Inspiring
Reviewed in the United States on August 6, 2021
Verified Purchase
Stolen Lives shines a bright light on the dark subject of sex slavery. What the enslaved people endured was horrific, as was the ends to which the people in the business would go to hide their dealings, but the compassion shown by the heroes in the story was inspiring. It stirred the reader to wonder how to better keep our children safe and become an advocate for those who needed help.
Read more
One person found this helpful
Helpful
Report abuse

Sharon
5.0 out of 5 stars Gripping
Reviewed in the United States on August 15, 2021
Verified Purchase
The sexual abuse of children is a horrific act and the book wisely lays out the horrors, the heart break and the secrets that surround it. The book is heartbreakingly well written so you are right there with the characters.
Read more
One person found this helpful
Helpful
Report abuse

linda22724
5.0 out of 5 stars Eyeopening
Reviewed in the United States on August 13, 2021
Verified Purchase
This book addresses a view on child abuse and pornography that I had never imagined. It's graphic and scary as well as a real eye opener. Extremely horrifying to the reader but not a book you can put down.
Read more
One person found this helpful
Helpful
Report abuse

Kindle Customer
5.0 out of 5 stars The horrors of paedophilia, the resilience of children.
Reviewed in the United States on August 6, 2021
Verified Purchase
This is my first Joseph Lewis book but not my last!
The horrors that the young boys survived is too sickening to picture. Sadly, it is still a reality.
Read more
One person found this helpful
Helpful
Report abuse
See all reviews

/////
1.0 out of 5 stars as too many POVs and unnecessary scenes made it too messy
Reviewed in the United Kingdom on October 15, 2015
Verified Purchase
Sadly, this was awful. The author clearly put a lot off effort into checking his facts, shame he didn't put equal effort into revising his writing. There were far too many spelling errors and badly structured sentences to make this enjoyable. Also, this novel was in no way a character driven story, as too many POVs and unnecessary scenes made it too messy. Not to mention, this book is double the size that it should be because it has such large font. I felt the author's passion for the story he was telling, unfortunately he should have had the book edited and read by appropriate beta readers before publishing, and he should have found a better publisher. This also isn't even the first book, which Amazon does not indicate, and as I could find nothing about this book outside Amazon, I had no way of knowing that; I'm afraid the publishers have also failed this writer in regard to marketing. Disappointed in this story, especially as it was quite expensive.
Read more
Report abuse

Lynne
5.0 out of 5 stars .
Reviewed in the United Kingdom on August 25, 2021
Verified Purchase
Haven't found the time to relax and read it yet but i can't wait, the story line sounds amazing. Thankyou.
Read more
Report abuse

Legz
5.0 out of 5 stars Amazing book on a delicate subject.
Reviewed in Canada on August 6, 2021
Verified Purchase
Well written and nicely done. Makes you wonder how many more boys and girls are out there right now, suffering. 😥
Read more
Report abuse
See all reviews