You've subscribed to Stolen Brides of the Fae! We will preorder your items within 24 hours of when they become available. When new books are released, we'll charge your default payment method for the lowest price available during the pre-order period.
Update your device or payment method, cancel individual pre-orders or your subscription at
Your Memberships & Subscriptions
There was an error. We were unable to process your subscription due to an error. Please refresh and try again. 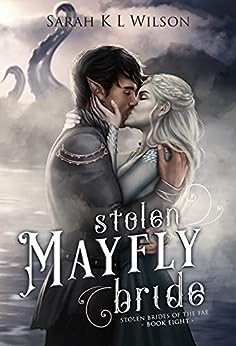 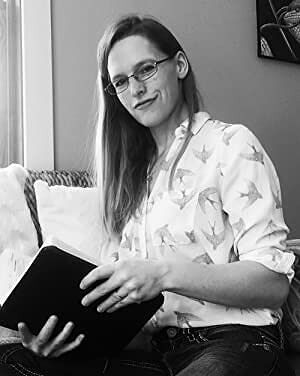 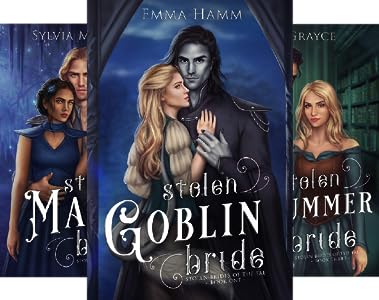 "Sarah writes romance like a knife to the heart. I end her stories gutted, coming back to the real world with the sense that I'm not sure what just happened but I liked it."- Melissa Wright, YA Fantasy Author

4.5 out of 5 stars
4.5 out of 5
183 global ratings
How are ratings calculated?
To calculate the overall star rating and percentage breakdown by star, we don’t use a simple average. Instead, our system considers things like how recent a review is and if the reviewer bought the item on Amazon. It also analyzes reviews to verify trustworthiness.
Top reviews

Mariko
5.0 out of 5 stars One of the best summer reads, a strong 5
Reviewed in the United States on June 26, 2021
Verified Purchase
Wow, a well chosen book to end the series. The book is centered around the dreamlike image of the May Fly Seer. It’s thought provoking and haunting, making it a good choice for ending. The wordless connections and the dreamed conversations were amazing examples of clean Romance. I’m glad to have bought this book in part because it is hard to explain the conversations and connections that are essential to writing interesting clean romance. (For other readers, I note, the ending is not explicit, but not clean (The whole series assumes the reader knows what happens in a marriage, and this is the end of both book and series. )

The prose is beautiful marred by only one typo a “be” that was probable supposed to be a “we” about 44 percent of the way through, listed as location 580 when one searches for the letters “be” in Kindle. I only mention it because it was surrounded by gorgeous prose and imagery and the transient confusion in meaning was jarring. For the sake of the surrounding prose, I’d vote to fix it. The surrounding prose was amazing.

I hope these minor comments do not leave the wrong impression of my review. This book is a a strong 5. I would only bother to make such a detailed review if I didn’t think the underlying work deserved that much consideration and more. Definitely a strong ending to take with you through the summer.
Read more
3 people found this helpful
Helpful
Report abuse

Selina
4.0 out of 5 stars A bit dark, but also sweet
Reviewed in the United States on July 2, 2021
Verified Purchase
The concept is a bit gross/creepy. The fae, other than Vidar, are truly awful. The style I think is meant to be lyrical, but that's not really my thing, and some sentences or turns or phrase just read slightly awkwardly to me. There's also some weird timeline things going on--it starts like future Vidar remembering/telling a story, but then is in present tense, and there are moments where it feels like future Vidar is remembering things in the past but then the past is the present. Some shifts to Vidar remembering his backstory were at points unclear if we were in the past or present. And there's at least one point where it's like "I do this thing but I've forgotten the details" and then later, he explains the details? Overall, it just often felt non-linear even though it way smoothly linear,, and like sometimes there was multiple points on the timeline happening at once. While I suspect this was intentional to mirror Elkhana's experiences as a seer, I found it distracting and confusing, as well as some paragraphs I felt were just sort of confusingly written. But the story was really good, 5 stars for the overall story. The characters were good, and I felt for them and definitely shipped them. And the ending was extremely satisfying.
Read more
Helpful
Report abuse

Pink Velocity
5.0 out of 5 stars Wow! Just Amazing
Reviewed in the United States on June 27, 2021
Verified Purchase
I am surprised that my heart is still intact. I thought the previous books in this series was my favorite until now. Ms. Wilson has delivered another heart wrenching story that had me crying in despair that these two main characters would never make it. The time lapses made all the more impossible it seemed. Yet with each turn of the page, my heart got a little happier, holding on to the glimmer of hope that was so finely woven into the story it was just a slim chance of actually being to close to breaking. I was literally in tears as I read the final words of the book. Glad that through all their pain and despair, they finally were able to come together with all the love and happiness they deserved. Another great book by an author who gets better with each piece she writes. I highly suggest others to start at Ms. Wilson's beginning and see for yourself how she has evolved in her storytelling. I cannot wait to see what else she has in store for our future reading 📚
Read more
One person found this helpful
Helpful
Report abuse

Amazon Customer
5.0 out of 5 stars Epic Fae Fantasy Packed into a Small Novel
Reviewed in the United States on July 6, 2021
Verified Purchase
No author can write lush, atmospheric, dark-and-yet-hopeful fae worlds quite the way Sarah K.L. Wilson does! And this book is no different! If anything, her skills are on full display by how much worldbuilding, plot, character building, and romance the author manages to pack into this little book!

I had the pleasure of listening to an audiobook version of this book, and the narrator does a great job of bringing this book and these characters to life!

Even though I knew there was going to be a twist, I still didn't see the twist at the end of this book coming!

If you love clean fae romances, then this book should be at the top of your list!
Read more
Helpful
Report abuse

Kindle Customer
5.0 out of 5 stars Imaginative!
Reviewed in the United States on July 2, 2021
Verified Purchase
If I could give this more stars I would. This was so well written with unique and creative world building. I was there right along with the characters. I loved the main characters and found them well developed and interesting. I just couldn't stop reading because I wanted to know what would happen next and what the characters were going to do. It kept me on the edge of my seat until the very end. I was wondering how it would all the up and it worked out perfectly. I love all of Sarah's books and she is an amazing and talented author.
Read more
Helpful
Report abuse

omnireader
5.0 out of 5 stars Of Rhymes and Riddles
Reviewed in the United States on July 20, 2021
Verified Purchase
I had a really hard time with the first few chapters of this book. It seemed obtuse and difficult to understand. I’m not sure if it was just the author trying to underline the difference between fae and mortal or some other reasoning but I persevered and the story opened like a flower. Perhaps this bride was not so much stolen as swept away or perhaps the two were reborn as a new creation. It was a great afternoon read.
Read more
Helpful
Report abuse

Kindle Customer
4.0 out of 5 stars So so good!
Reviewed in the United States on June 29, 2021
Verified Purchase
What a fitting ending to a fun series. I hesitated to read this as it is the last in the series, and also I must admit the write up was a tad off-putting to me. I could not fathom such a well told tale, in the murkiness of the description. Though accurate, it does not depict the full brilliance of the story, It was a worthy read and a fitting end.
Read more
Helpful
Report abuse

jillya
5.0 out of 5 stars A wonderful fairytale novella!
Reviewed in the United States on July 2, 2021
Verified Purchase
If you haven’t read Sarah KL Wilson’s books before now, you are missing out. Stolen Mayfly Bride is full of enchantment and romance. Elkhana is a Mayfly seer, raised from the depths of the ocean one day a year to answer questions. Sarah’s other series are full of action, romance and lots of twists and turns.
Read more
Helpful
Report abuse
See all reviews

Caught Up In The Pages
5.0 out of 5 stars Beautifully Written :)
Reviewed in Australia on June 29, 2021
Verified Purchase
What is love without sacrifice for the ones you love. Beautifully written. Beautifully complete for such a short story. I always expect wonderfully spun stories by this author and Stolen Mayfly Bride did not disappoint.
Read more
Report abuse
See all reviews