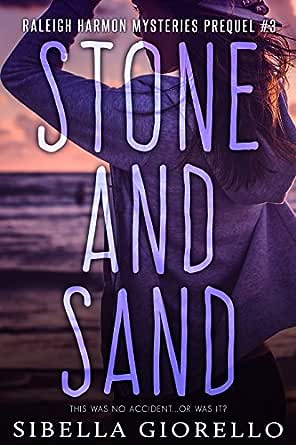 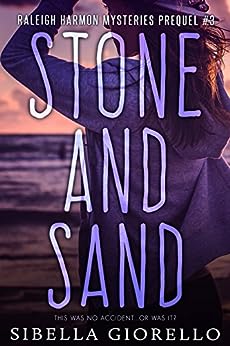 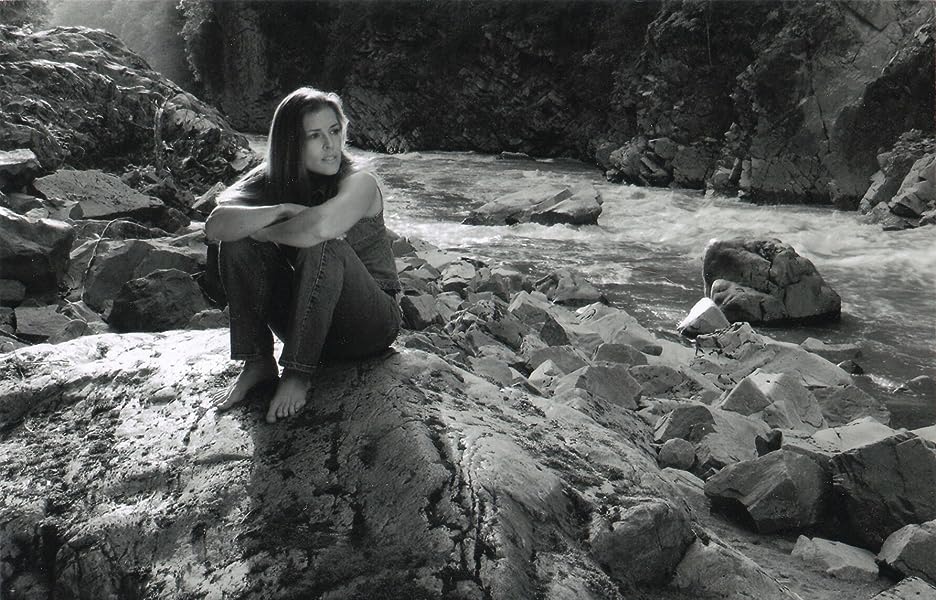 Sibella Giorello grew up in Alaska bundled for warmth and fascinated by mountains and rocks. After riding a motorcycle across the country, she wrote newspaper stories that earned two nominations for the Pulitzer Prize. She now lives in Washington state with her family and their very spoiled pets. Contact her at www.sibellawrites.com --This text refers to the paperback edition.

Nicole Petrino-Salter
4.0 out of 5 stars Contesting the . . . Stone and Sand
Reviewed in the United States on December 21, 2015
Verified Purchase
In Book Three of the prequels to the Raleigh Harmon Mystery Series (which features the adult FBI Special Agent Raleigh Harmon) we see Raleigh at almost 16 years old headed out with her weird Aunt Charlotte in her aunt's ancient Volvo to participate in a billionaire's science contest with four other contestants on Ocracoke Island. And although these are labeled YA, they're clearly up to the reading standards of adults who love the writing and stories of Sibella Giorello.

The last one to arrive at the contest gathering, due to the breakdown of the old Volvo and rescue from the ferry by the billionaire himself (Bill Brogan), Raleigh's vulnerability and insecurity amp up, her belief that her best friend Drew should be the one present here, but since Drew's experience depicted in Stone and Spark, the first prequel, Drew has become even more of a genius recluse.
Disrupting the contest, one of the contestants is taken to the hospital. Brogan decides the remaining four must work as two teams, two guys and two gals, to determine the scientific answer to his proposed question about the island dune grasses offering to double the prize.

Nothing fires up Raleigh's inquisitive nature like an unsolved puzzle involving geology, her specialty. So many questions arise about the sand Raleigh found in one location taking her focus away from answering the question about the dune grasses. Her partner, another quirky genius, seems to be onto an answer concerning the grasses, but Raleigh pursues her questions about the sand she discovered.

Complicating all of it is one of the other contestants' blue eyes and easy drawl. "Tex" (aka Marcus) is smooth and charming but also kind and troubled, and Raleigh is drawn to him in spite of herself, even after seeing him where he doesn't figure to be.

Sibella's writing is compelling, her characterizations superb, the dialogue fully engaging, and the story fascinating. If you have no interest in geology and can't muster any, this might not be the novel for you because there is plenty of technical information about minerals. I found it informative and necessary to the story, but some might not think so.

Stone and Sand offers the usual Giorello intrigue mixed with insightful revelations from a young Raleigh who's growing up with a mentally ill mother, an agoraphobic OCD best friend, a new-age aunt, and the emotional experience of meeting a young man who hides his sorrows in his blue, blue eyes. There are profound moments in this story of young brilliance, conniving greed, supernatural poppycock, and serious science. The end brought real tears.

Raleigh's faith stays inherent in her character but is understated throughout the story.

Gregory Hart
5.0 out of 5 stars Raleigh Harmon Is Amazing
Reviewed in the United States on June 6, 2016
Verified Purchase
This is the fourth book I've read by Sibella Giorello (5th if you count the short story, "Hers").

I started with the first Raleigh Harmon novel then discovered the YA series and thought it would be fun to learn her backstory before continuing with the "adult" series.

The thing I love about the books is the forensics that are described. I'm not sure if the author has a history with forensics or not, but it is very believable and extremely plausible. I also love the fact that while Raleigh is a Christian, and she is deeply rooted in her faith, it seems genuine. Not like a lot of Christian novels that can sometimes seen forced. I aka like that the other characters are also believable and well written. Many are non Christian, but the novels are realistic in that they aren't about Raleigh preaching to them, which often seems to be the focus of Christian novels. She simply lives her faith while solving crimes and mysteries.

While the a few very minor typos in the book, the book is very well edited and nothing detracted me it removed me from the story.

I can't recommend this series any higher. Its fantastic. I cannot get enough.
Read more
One person found this helpful
Helpful
Report abuse

Bruce Judisch
5.0 out of 5 stars This is the "more"...
Reviewed in the United States on November 28, 2015
Verified Purchase
I titled my review of "Stone & Snow," the prequel to this story, "What more could you want?" Sibella answered my question with the simultaneous release of "Stone & Sand." This is the more I could want.

I've enjoyed Richmond VA's setting for the previous books in this series; however, I found this story's change of venue to North Carolina's outer-bank islands really refreshing. Raleigh has been selected to compete in a science contest to discover why a vial part of the island's fragile ecosystem is dying, all for the challenge and the chance to win $50,000 in scholarship money. She meets her four rivals the first day on the island and, in her inimitable style, makes an awkward first impression on them and the billionaire sponsor of the contest. Convinced she's poisoned any chances of winning, she nonetheless presses on to do her best--also in her inimitable style. When one of the contestants is mysteriously assaulted and must withdraw from the event, the remaining four are paired up and the purse doubled. Their scientific acumen (Raleigh's geology and her partner, Lanette's, biology) mesh almost as perfectly as do their dry wits. (Sibella Giorello's skill at writing dialog has always been drool-worthy, but I've never laughed out loud this much in her previous books.) Twists abound, with few of the characters being who they actually seem to be at the start. Do Raleigh and Lanette win? I'd really like to tell you, but...

...I will say that who really wins is you, the reader. "Stone & Sand" has all the essential elements (specific weights and all) that you've come to expect from a Giorello novel: mystery, intrigue, humor, pathos--and that ever-present healthy dose of science that doesn't beat up the brain, but brings it to its appreciative feet. When you reluctantly turn the final page of a novel that leaves you not just more entertained, but smarter than you were on page one, you just know the precious hours--hours of your life you'll never get back--were oh-so-well spent.

So okay, here's the obligatory "greatly recommended." As if you hadn't already figured that out...
Read more
One person found this helpful
Helpful
Report abuse

C.J. Darlington
5.0 out of 5 stars Another winner for Ms. Giorello!
Reviewed in the United States on January 19, 2016
Verified Purchase
Another winner for Ms. Giorello! It was fun to follow her heroine Raleigh to the beach where we got to learn even more about geology (don't worry it's never overwhelming) and have another mystery to solve alongside our young heroine. She's just as plucky and brave as in the "adult" novels, but this younger version of the FBI agent we meet in future books has a vulnerability and innocence that endears. Sometimes you just want to slap the people in her life who do her wrong! I looked forward to every session I had in reading this book.
Read more
One person found this helpful
Helpful
Report abuse
See all reviews

Ming Cankles
5.0 out of 5 stars Five Stars
Reviewed in the United Kingdom on June 6, 2016
Verified Purchase
Another great read in this series
Read more
Report abuse