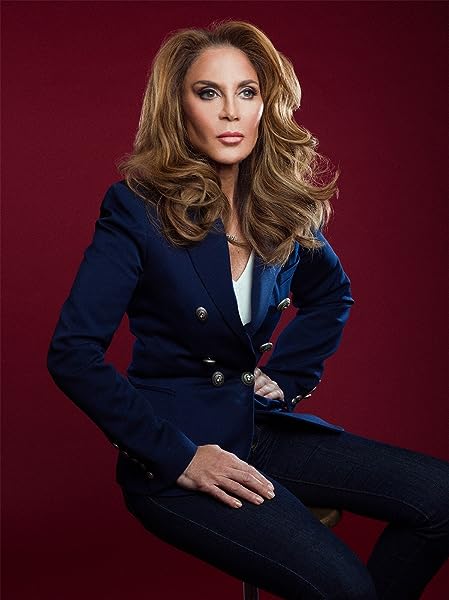 Stop the Islamization of America: A Practical Guide to the Resistance Paperback – September 6, 2011

Pamela Geller is the founder, editor, and publisher of AtlasShrugs.com. She is the executive director of Stop Islamization of America (SIOA), as well as the Freedom Defense Initiative (FDI), and is a regular columnist for the American Thinker, Human Events, and other publications. She is the author of The Post-American Presidency: The Obama Administration's War on America.

Start reading Stop the Islamization of America on your Kindle in under a minute.

4.7 out of 5 stars
4.7 out of 5
166 global ratings
How are ratings calculated?
To calculate the overall star rating and percentage breakdown by star, we don’t use a simple average. Instead, our system considers things like how recent a review is and if the reviewer bought the item on Amazon. It also analyzes reviews to verify trustworthiness.
Top reviews

WuZetian
5.0 out of 5 stars The Ugly Truth About Islam
Reviewed in the United States on December 13, 2015
Verified Purchase
Thank God we have people like Pamela Geller who are brave enough to speak the truth about Islam and what's happening in America. Geller succinctly details how we are being systematically brainwashed into accepting a violent, political ideology that is not compatible with our values. Our children's schoolbooks whitewash Islam's violent past. Muslims groups founded by known terrorists organizations like CAIR are allowed to flourish and push their agenda. Our tax dollars even pay for public schools that are Islamic, that teach hatred of America. Liberal views and political correctness give a special status to Islam that other religions/ideologies don't enjoy. Liberal apologists make excuses for and defend Islam in a way they don't for say, Scientology, making national discussion of the problems with Islam almost impossible.

One thing is for certain: Islam is not about human rights, freedom or equality, all the things Americans have fought and died for. Enough said.

Kug
VINE VOICE
5.0 out of 5 stars Outstanding Call to Action
Reviewed in the United States on March 10, 2016
Verified Purchase
Whether you like the Author or not she's written a timely and inspiring book on a very real threat to America with some ideas on what we as citizens can do about it. The book is very well laid out, it is thought provoking and well documented on the threat to America from Islam. It is not radical Islam it is Islam. She weaves the threads of how we got where we are and who is supporting it and why. Outstanding call to action.
Read more
22 people found this helpful
Helpful
Comment Report abuse

Dev
4.0 out of 5 stars Informative Read
Reviewed in the United States on December 13, 2015
Verified Purchase
Due to the current situation and where I live I thought this was an important book for me. Granted, we know all Muslims aren't radical. However Ms. Geller points out things I didn't know. For instance, I live quite near the mosque where the terrorists of 9/11 attended as well as the Ft. Hood terrorist. The head Iman was a home grown terrorist who was later killed in Yemen. I just believe forewarned is for-armed and people need to be aware.
Read more
20 people found this helpful
Helpful
Comment Report abuse

Howard Frisk
4.0 out of 5 stars Essential reading for understanding the problem
Reviewed in the United States on June 9, 2018
Verified Purchase
There is a lot of misinformation from the media about Islam in America, and unfortunately, it takes time and effort to figure these things put. It's much easier to just accept everything you see on TV and let it go at that. But that's a mistake. Pamela Geller's book is a great resource. There is definitely an organized effort to Islamize America. For example, the Muslim American Society arm of the Muslim Brotherhood, has a stated goal, in their own words, of "eliminating and destroying Western civilization from within." Hello . . . what part of this cannot be understood? Overall the book is very educational and essential reading for anyone who wants to understand what we are up against.
Read more
6 people found this helpful
Helpful
Comment Report abuse

Dave T
5.0 out of 5 stars Geller rocks!
Reviewed in the United States on May 29, 2015
Verified Purchase
Pam tells the truth even at great risk since the media backed Islam jihadists are censoring her will to point out to America that Islam wants to take over this country. Ms. Geller is a hero and deserves to be praised. Read this book and as you are challenged to stand up and fight this darkest of evil called Islamization, remember that this your country and not radical fundamental Islamic savages.
Read more
16 people found this helpful
Helpful
Comment Report abuse

jvm
5.0 out of 5 stars Geller shoots from the hip - I can’t wait to read Fatwa!
Reviewed in the United Kingdom on October 29, 2017
Verified Purchase
I learned a lot from reading this, particularly about the ground zero mosque (that Obama is on video endorsing).
It astonishes me that the Muslim brotherhood have gained the traction they have. I can only attribute their success to the sheer amount of oil money they have behind them. The fact that nothing changed after the holy land foundation trial is worrying to say the least. More people should know that the Podesta group - Hillary Clinton’s campaign manager - does PR for Saudi Arabia, which is probably why they’re never in the news for chopping off hands, stoning women, beheading people, hanging homosexuals.

Charles Wilson
5.0 out of 5 stars Islamaphobia is an urban myth
Reviewed in the United Kingdom on October 24, 2018
Verified Purchase
Great Book. Islamophobia is itself a fascist word that kills free speech and brands all criticism of Islam as a phobia. This books is a further attempt to save us from a terrible fate.
Read more
One person found this helpful
Report abuse

SHEILA COLLINGE
5.0 out of 5 stars Five Stars
Reviewed in the United Kingdom on October 3, 2016
Verified Purchase
Thought provoking, though she does go on rather a rant at times, but understand the reason.
Read more
One person found this helpful
Report abuse

leafsfan
5.0 out of 5 stars Five Stars
Reviewed in Canada on August 31, 2017
Verified Purchase
Excellent book!! Will blow you away. This should be required reading in all secondary and post secondary educational institutions in North America!!
Read more
2 people found this helpful
Report abuse
See all reviews

Page 1 of 1 Start overPage 1 of 1
This shopping feature will continue to load items when the Enter key is pressed. In order to navigate out of this carousel please use your heading shortcut key to navigate to the next or previous heading.
Back
Next
Pages with related products. See and discover other items: control theory