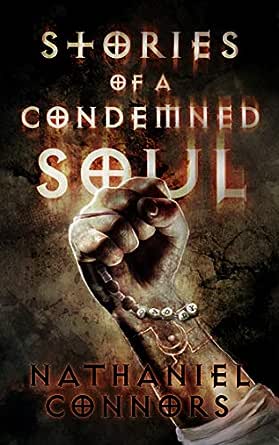 You've subscribed to Condemned Soul! We will preorder your items within 24 hours of when they become available. When new books are released, we'll charge your default payment method for the lowest price available during the pre-order period.
Update your device or payment method, cancel individual pre-orders or your subscription at
Your Memberships & Subscriptions
There was an error. We were unable to process your subscription due to an error. Please refresh and try again. 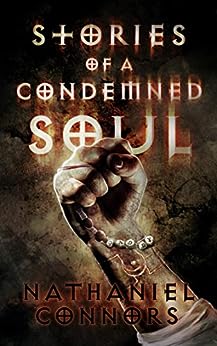 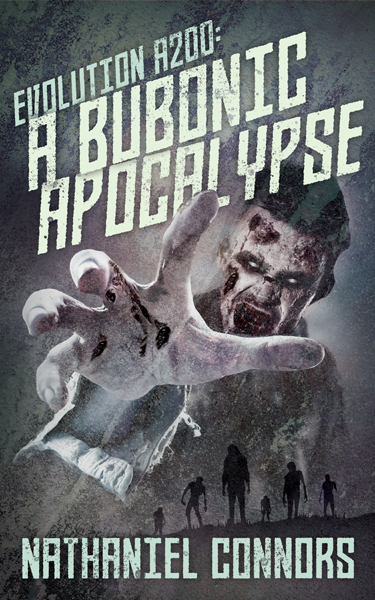 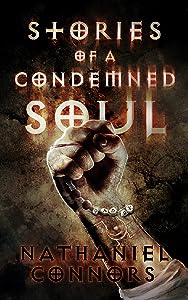 Nathaniel Connors is a longtime resident of New England and currently resides in Fitchburg, MA. A husband and father of five, Nathaniel met his wife in 1995 at Roger Williams University, where he studied history and politics. A noted author and scriptwriter, Nathaniel has several projects, both in film and book scheduled for release in the coming years. For more information and updates on upcoming projects, please follow: Facebook: http://www.facebook.com/nathanielconnors Instagram: @ncrevelation Twitter: @NCRevelation Website: http://nathanielconnors.com/ --This text refers to the paperback edition.

4.8 out of 5 stars
4.8 out of 5
15 customer ratings
How does Amazon calculate star ratings?
Amazon calculates a product’s star ratings based on a machine learned model instead of a raw data average. The model takes into account factors including the age of a rating, whether the ratings are from verified purchasers, and factors that establish reviewer trustworthiness.
Top reviews

Anders Haywood
5.0 out of 5 stars A great deal with a devil!
Reviewed in the United States on September 16, 2018
Verified Purchase
This was an interesting take on the whole Faustian bargain type story.
It doesn't just follow the poor dupe who is corrupted into making a deal with the devil, but follows parallel plot lines that intersect with his.
This was an interesting method to use, but it really paid off. There are, however some gory parts, so if you like things more wholesome then this may not be for you (but if you're reading a story about deals with the devil, you likely don't want that).
All in all this was a quick, (a little under 100 pages) but engrossing story that I found quite good.
I'd definitely recommend it!
Read more
3 people found this helpful
Helpful
Comment Report abuse

MARY ANAGNOSTOPOULOS
5.0 out of 5 stars What a fantastic Salesman
Reviewed in the United States on December 4, 2019
Verified Purchase
Oh WOW!!! What an amazing story of “Selling your Soul” ! All the different characters that Influence the main character, Jon. Oh The ways that Larry got everyone around him to do whatever he wanted was horrible, but oh sooooooo enjoyable. I loved this book and look forward to more books of Mr. Conners
Read more
Helpful
Comment Report abuse

Paul Falk, Author/Reviewer
4.0 out of 5 stars Be careful what you wish for
Reviewed in the United States on October 25, 2018
Momentarily swept away with an urge to believe in the supernatural, I was taken by surprise with this paranormal storyline. It didn't take long for the presence of an evil puppet master to crawl up my spine. I couldn't help being swayed from my rock of solitude even when I knew I was reading something that was not of this world. Finding my senses captured by a human being of absolute power, it left me in no position to declare what's true or false.

Overcome with grief and rage, Jon Jacob had fallen to a devastating level of depression. Unexplainably, his wife, Jenna, had hacked up their daughter, Vanessa, to a bloody death. Now locked away at an institution for the criminally insane, all he wants is revenge. He'd give anything to see his murdering wife's final breath - anything.

At a local pub, sitting alone at a table, drowning his sorrows in alcohol, Jon is approached by a stranger. This is no ordinary stranger. He said he was intimately aware of Jon's inner turmoil and could help using unworldly power. For this, Jon needed convincing.

To substantiate his supernatural ability, the stranger had told one of the barmaids to crawl over the bar and perform a lewd act right in front of everyone. Without further ado, she did. To Jon's astonishment, not a soul in the crowded bar had taken notice. For all intents and purposes, they were invisible.

The stranger assured Jon that he could pass that gift on to him for a term of one year. He could do whatever he wanted with complete immunity. In return, at the end of the year he'd have to pass the gift on to someone else. It all just seemed too good to be true. Nevertheless, he agreed with a simple handshake.

At first Jon was a bit skeptical of this new given power. He didn't feel any different. After trying it out on complete strangers and making them bend to his ways, he was convinced. He was invincible.

Now, it was time to put part two of his plan into action. Long overdue, he would pay a visit to his wife at the hospital. Undoubtedly, she would be well guarded. In short order, he found he was able to just waltz right in to the hospital, even with the aid of one of the guards. The words he spoke had a magical power. It would be only a matter of time till he would get to his daughter's killer and exact his pent-up revenge. So he hoped.

I offer my thanks to NetGalley and BooksGoSocial for this ARC in exchange for an unbiased review.
Read more
Helpful
Comment Report abuse

Momma Becky
VINE VOICE
3.0 out of 5 stars Revenge is a handshake away
Reviewed in the United States on December 11, 2018
I was left with mixed feelings on this one. It starts well enough, with our main character drowning his sorrows and slipping further into the depression of losing a child. In his moment of weakness, he makes a deal for the only thing he thinks is left for him - revenge. The deal is struck, and Jon's revenge is nothing short of gruesome. Then we have the twist, and Jon realizes that he's been played. This, on it's own, could've been an edge of your seat horror with a bit more fleshing out. However, the story starts to veer off with other characters and becomes choppy at best. That's not to say that these other parts of the story weren't interesting, and the author does tie them in with Jon's predicament, but with the way it all bounces back and forth, it's hard to become invested in any of it. The book is a short read, coming in at just under 120 pages, but with a bit more development, this one could've been so much more. In the end, I didn't hate it, but it's not something I would want to read again either.
Read more
Helpful
Comment Report abuse

Brian
5.0 out of 5 stars Could not put it down!!
Reviewed in the United States on September 18, 2018
Outstanding story, this was easy to read and the story is extremely engaging, I'm not much of a reader but this book had me hooked from the first page up to the end. It left me wanting to know more! The characters have dimension and substance. I did not find myself bored for a second. Please write more !! I think I could be hooked.
Read more
One person found this helpful
Helpful
Comment Report abuse

Lisa Flegal
5.0 out of 5 stars Brilliantly written
Reviewed in the United States on December 8, 2019
Amazing book! I literally read it in an hour. I could not put it down. Stories Of A Condemned Soul paints a vivid picture of revenge and the evil that may feed it and cause it. It is not a long book, but it leaves you longing for the next volume.
Read more
Helpful
Comment Report abuse

johanson milya
5.0 out of 5 stars I highly recommend this wonderful book
Reviewed in the United States on April 19, 2020
I really enjoyed the story, It is well written and delightful. I was very impressed with Jon Jacob's character and his painful story. The psychological dimensions in the book are profound, especially when you have a choice between revenge and shaking hands.
I started reading it and could not put it down because it grabbed my interest right at the beginning .Thank You !
Read more
Helpful
Comment Report abuse

Johanna Iglesias
5.0 out of 5 stars A devil’s bargain meets tales from the crypt.
Reviewed in the United States on June 13, 2020
Larry is quite the devil. Hypnotic, funny, and sadistic as hell. Poor Jon never stood a chance!
Read more
Helpful
Comment Report abuse
See all reviews from the United States