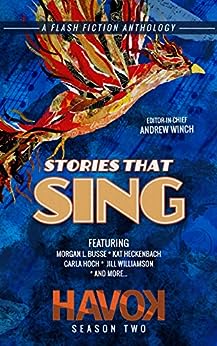 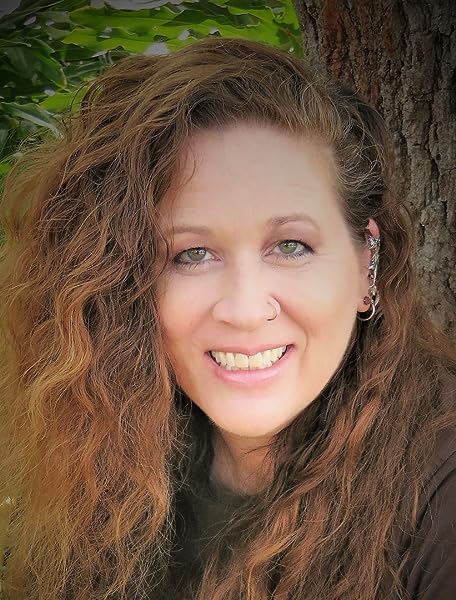 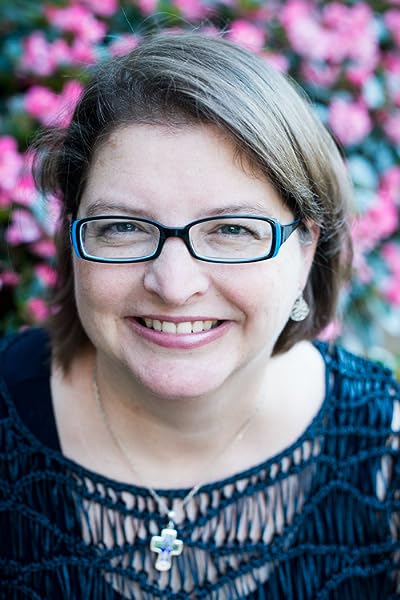 by Andrew Winch (Author), Morgan L. Busse (Author), Kat Heckenbach (Author), Carla Hoch (Author), Jill Williamson (Author) & 2 more Format: Kindle Edition
Book 2 of 7: Havok Flash Fiction
See all formats and editions
Sorry, there was a problem loading this page. Try again.
FLASH FICTION POWERED BY SONG. From Elvis Presley and Frank Sinatra to The Police and Nirvana, the stories in this collection were inspired by the music of the last seventy years—and beyond.

Meet a man living in a time loop, argue with a darksoul caught in a mirror, outwit a stalker, and catch Cerberus before the three-headed dog ruins Christmas in Central Park. Find out what it’s like to be a skinthief, to hunt a genie—or become one—and track down a missing Megabot. But with all that excitement, don’t forget to pay attention to the clues and try to figure out which song inspired the story! HOW MANY SONGS CAN YOU GUESS?

“Magnificent! I'm in love with every freaking word. The epitome of everything flash fiction should be!”
~ Kristiana S., about "A Good Night To Be Alive"

“This could very well be the funniest story I've ever read. I'M DYING. Amazing job!” ~ Lila K., about "Salty"

“What a beautiful, moving piece. This is one of those stories that will stick with me for a long, long time.” ~ Christine S., about "Stealer of Secrets"
Read more
Previous page
Next page

shadow oaks resident
4.0 out of 5 stars Havok Hums Right Along
Reviewed in the United States 🇺🇸 on October 4, 2020
Verified Purchase
The second season of Havok allows talented authors to show off their writing chops in approximately four pages or less. Havok brings variety in spades.

Notable stories include Weaver of Dreams by Jebraun Clifford, Rave by Justin Mynheir, A Fly on the Wall by Kat Heckenbach, What Happens in Las Veggies by J. L. Ender, Everyone’s a Henry by Charles Frierman, and Wreaking Havoc by Ronnell Kay Gibson. Special mention for Kristiana Sfirlea’s hilarious yet profound Siege of the Dead.

Four really hit the right “note.” The Balloon Man by Morgan L. Busse generates an eerie atmosphere that will stick with me for a long time. Blow Her a Kiss by Rosemary E. Johnson is a creative, wonderful fantasy story set in a fascinating world. A Good Night to be Alive by Meaghan E. Ward had two complex characters, an interesting setting to place them in, and an ending that sticks with you. Lastly, One Day in the Park by Teddi Deppner is a touching story that wears its heart prominently on its sleeve.

All of the authors ought to be proud of the stories in this collection but the real winner is the reader who has yet to read these wonderful “compositions.”
Read more
2 people found this helpful
Helpful
Report abuse

Crystal Grant
5.0 out of 5 stars What a fun trip!
Reviewed in the United States 🇺🇸 on January 6, 2021
Verified Purchase
This was an enjoyable read with lots of entertaining stories. There's something in this little book for everyone. Romance. Adventure. Intrigue. Mystery. Comedy. And yes, some tragedy, too. Characters rise to the occasion or fall to their own devices. Some stories are wrapped up nicely, while others leave you hanging (and silently screaming).
Stories that Sing feature dozens of talented authors, from the popular well-established to the promising up-and-comers. Definitely worth the read!
A few of my favorites:
Careful What You Hunt For by Emily Grant
What Happens in Las Veggies by J.L Ender
Weaver of Dreams by Jebraun Clifford
Slippers by Abigail Falanga
Read more
One person found this helpful
Helpful
Report abuse

The Weaver of Dreams by Jebraun Clifford - So beautiful!

Dinner for Two by Katie Robles - Too hilarious!

A Fly on the Wall by Kat Heckenbach - Surprise ending!

One Day in the Park by Teddi Deppner - What a plot twist!

A Good Night to be Alive by Meaghan E. Ward - Spot-on funny and moving!

All in all a worthy anthology. :)
Read more
4 people found this helpful
Helpful
Report abuse

Amazon Customer
5.0 out of 5 stars Playing Havok on my mind!
Reviewed in the United States 🇺🇸 on August 17, 2020
Verified Purchase
I have a story in this book, but I really loved the whole book. Such twisted creativity by everyone involved, makes me especially proud to be a part of it. Definitely check it out if you enjoy short fiction!
Read more
One person found this helpful
Helpful
Report abuse

Cassandra Hamm
4.0 out of 5 stars Fun odes to familiar songs.
Reviewed in the United States 🇺🇸 on October 6, 2022
A fun collection of small, song-based stories. Some of my favorites were “Dinner for Two” by Katie Robles, “Siege of the Dead” by Kristiana Sfirlea, “Renaissance” by Elizabeth Liberty Lewis, “Careful What You Hunt For” by Emily Grant, and “A Good Night to Be Alive” by Meaghan E. Ward. I’m not a horror person, but Morgan Busse’s “The Balloon Man” was deliciously creepy. Also, Carla Hoch’s “Cheers” made me laugh with the YMCA references packed into a grim situation. I didn’t care for some of the stories, but overall, this was a lovely read.
Read more
Helpful
Report abuse

Madeline Rose
4.0 out of 5 stars Magical and fun!
Reviewed in the United States 🇺🇸 on May 26, 2022
This was just as magical and fun as the last anthology by Havok! I loved nearly every single one of these stories, and seeing some familiar faces put a huge smile on my face. :) I loved the format of basing the stories on popular songs, I thought that was really unique and cool. There were a few songs that I'd never heard of, but after reading the story, it made me curious so I gave them a listen. Overall, this was a wonderful anthology, and I can't wait to see more Havok publications! :D
Read more
Helpful
Report abuse

Deborah Cullins Smith
5.0 out of 5 stars Fabulous Flash Fiction!
Reviewed in the United States 🇺🇸 on January 13, 2021
Stories That Sing literally were taken from popular songs. Some are current hits you might hear on the radio, but others take us back a few decades. See if you can guess what song inspired each author! Answers are given at the end of each section. Here are my favorite stories.

What Happens in Las Veggies by J.L. Ender
This is was one of my top favorites in this collection! Someone stole Frank Cilantro’s fedora and he wants it back. He enlists the help of fellow performer, Elvis Parsley, to solve the mystery. This is a story to tickle your funny bone!

Cheers by Carla Hoch
Secret agents and an old-fashioned mobster with an army of goons go head-to-head. The ending is worthy of a Twilight Zone episode.

Slippers by Abigail Falanga
Helena’s fairy godmother sends her to the ball, but Camden Prince is not exactly charming. This is a delightful retelling of the Cinderella tale – with a twist!

Fairy School of Assassins by Lisa Godfrees
Nyx is a fairy who rebels at her class assignments and takes drastic measures to improve her grade. Ms. Godfrees paints her picture with a touch of the macabre!

Wreaking Havoc by Ronnell Kay Gibson
This story answers the age-old question as to why we all hate Mondays! Take a look at Mondays from a demon’s point of view.

Dinner for Two by Katie Robles
Ms. Robles explores the dangers of dependence on artificial intelligence. Melvin and Sophie had the beginnings of a lovely relationship, until Melvin’s automated system on his phone interfered.

A Fly on the Wall by Kat Heckenbach
Ms. Heckenbach examines the life of a high school student, Bryan, and the girl he has a crush on, Suzie. Both have secrets. Delightful bit of humor!

One Day in the Park by Teddi Deppner
This is a sweet story of travelling through time and space, and a meeting in the park. Lovely work, Ms. Deppner.

My NUMBER ONE favorite story in this collection is:
Siege of the Dead by Kristina Y. Sfirlea
Ms. Sfirlea tells of the final days in the siege of a fortress which is manned by the survivors of a zombie apocalypse. It could very well be a commentary on our lives today. Look out or the twist at the end will knock the props from under you!
Read more
Helpful
Report abuse

bookstoregal
4.0 out of 5 stars Very Short Stories
Reviewed in the United States 🇺🇸 on November 23, 2020
This is a collection of very short stories, some really creepy, some not so creepy. Personally, I like stories to be a little longer. However, most of the stories are well written.
Read more
Helpful
Report abuse
See all reviews
Report an issue
Does this item contain inappropriate content?
Report
Do you believe that this item violates a copyright?
Report
Does this item contain quality or formatting issues?
Report