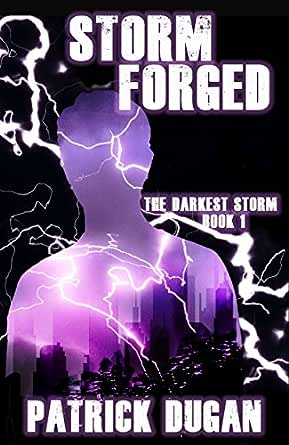 You've subscribed to The Darkest Storm! We will preorder your items within 24 hours of when they become available. When new books are released, we'll charge your default payment method for the lowest price available during the pre-order period.
Update your device or payment method, cancel individual pre-orders or your subscription at
Your Memberships & Subscriptions
There was an error. We were unable to process your subscription due to an error. Please refresh and try again. 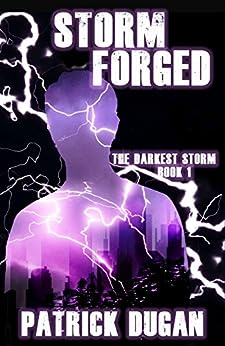 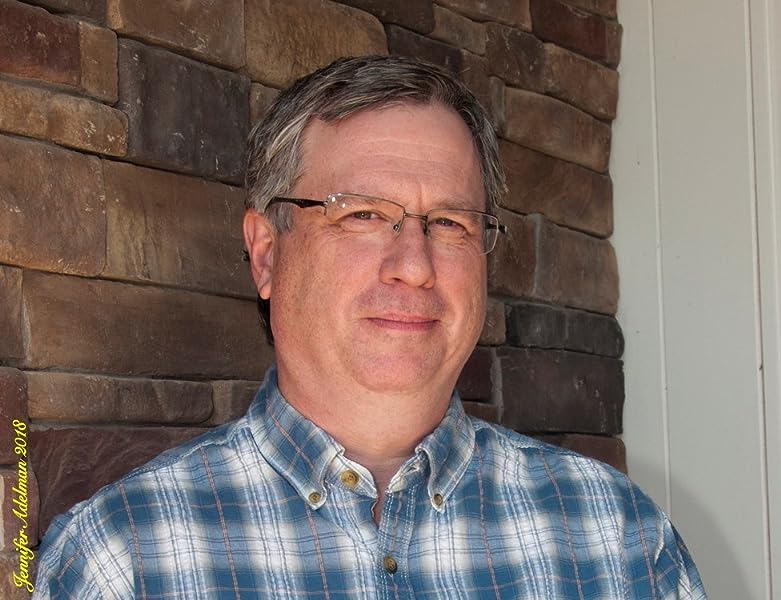 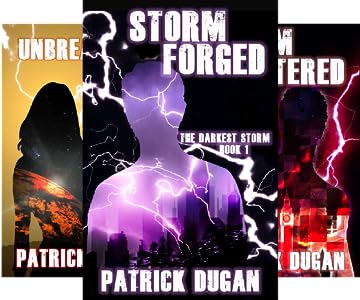 4.7 out of 5 stars
4.7 out of 5
38 customer ratings
How does Amazon calculate star ratings?
Amazon calculates a product’s star ratings based on a machine learned model instead of a raw data average. The model takes into account factors including the age of a rating, whether the ratings are from verified purchasers, and factors that establish reviewer trustworthiness.

Heather Murata
5.0 out of 5 stars Hooked from the very beginning—wild, roller-coaster adventure ride—movie material!
Reviewed in the United States on July 13, 2019
Verified Purchase
The very first thing I have to say is, “Wow!” Storm Forged, Book One of the series, The Darkest Storm, had me hooked from the very beginning and took me on a wild, roller-coaster adventure ride. With The Gauntlet resembling a nasty, punishing Hunger Games, and X-men-like Teenage Mutant Superheroes, subjugated by gift-dampening collars, just one step away from outright rebellion running the show, there was plenty of action, protagonists (great and small), heroism, angst, coming of age, and tough choices to keep the reader engaged and eagerly pressing on page after page.

Let’s take a look at the social injustice for a moment. We have the “Norms” and the “Gifted.” That shouldn’t be too difficult to sort out. The Norms are folk just like you and me; whereas, the Gifted are superheroes, protecting folk just like you and me—right? If only life could be that simple and pure. But there is a price for “gifts,” sometimes a heavy price. Sure, many of the Gifted used their gifts for good, but even that could go wrong—collateral damage, for instance, one problem that we’ve seen time and time again in most of our favorite superhero tales. Then, of course, you get the Gifted who decide to use their gifts for, well, personal gain (to put it mildly). All in all, a situation that some Norms hate, and most Norms tolerate (for the good that comes of it, of course).

Enter, the Protectorate. The evil Big Brother entity that uses its army of Reclaimers to wage war on the Gifted, taking over the world in the process, of course (I mean, there has to be some reward for all the trouble they take to “protect” all us Norms, right?) The good Gifted lose (or give up in order to protect the innocent bystanders who get pummeled into non-existence by the Protectorate’s mass destruction weapons), and the subjugation begins. Any Gifted folks who fought against the Protectorate go to The Block (prison for Gifted). Adult Gifted who did not fight are collared with gift-dampening technology, and children are “tested” at age five to see if they have gifts (that won’t manifest until early puberty), and collared. All Gifted must live within a 200-mile radius of a Block facility. Now we have a society ripe for injustice and prejudice. With the Protectorate in charge of the media, and completely willing to perpetrate deadly crimes against unsuspecting Norms, then running fake newsreel footage implicating the Gifted as the evil monsters responsible for the devastation. . .well, you get the picture.

That’s it for me, guys! End of review—except to say—follow teen hero, Tommy, and his friends and family for the ride of your life! If you’re not outraged by the bullying and prejudice, if you’re not rooting for the Gifted while simultaneously wishing the price wasn’t so high, if you’re not questioning complacency, if you’re not up in arms against Big Brother subjugators as you delve deeper into Tommy’s world—what am I saying?! Trust me—you will understand where my head is at. Pick up a copy and read it for yourself before someone turns it into a movie (and they should). If Netflix, HBO, or Amazon doesn’t grab this up, just let Marvel Studios catch wind of it. . .!

JennA
4.0 out of 5 stars Great characters, fun plot, huge fight scenes.
Reviewed in the United States on August 4, 2018
Verified Purchase
The jacket of this book describes it as "Hunger Games" meets "X-men." I feel like it was more "X-Men" meets "Running Man," but you get the idea. The premise of this book I found to be very creative, and the idea of following an outsider to society is always appealing. The characters were very well flushed out. Everyone had a full backstory, even the bad guys! I am hesitant to give this book 5 stars, because it was just too violent for my liking, but if strongly written fight scenes don't bother you, than I would recommend "Storm Forged." It had good, relatable characters, a unique germinal idea, and an engaging plot. While I was reading it, I could completely imagine how this could easily be turned into an exciting movie my 17 year-old son would love.
Read more
3 people found this helpful
Helpful
Comment Report abuse

Jon A. Reid
5.0 out of 5 stars Great new series.....
Reviewed in the United States on July 17, 2018
Verified Purchase
Solid effort from a up and coming new writer. It was a fast, easy read, lots of action and characters you grow to care about (or hate). Not your typical Sci-Fi fare. Really looking forward to the next book and what challenges await Tommy and the rest of the Gifted....
Read more
3 people found this helpful
Helpful
Comment Report abuse

Chris Poole
5.0 out of 5 stars Absolutely great
Reviewed in the United States on June 1, 2018
Verified Purchase
Patrick I love the book, the characters intrigued me from the beginning and I really felt for what they were going through. The unfairness of the situation reminded me a lot of what goes on in the world today. Look forward to the next one. Disclaimer - I know Patrick and have known him for a number of years but that doesn’t diminish my excitement and love of this book.
Read more
2 people found this helpful
Helpful
Comment Report abuse

Dustin
5.0 out of 5 stars Cool story
Reviewed in the United States on December 5, 2018
Verified Purchase
If you like this genre, then this book will certainly scratch the itch. My kids liked it, too.
Read more
One person found this helpful
Helpful
Comment Report abuse

love books - all sorts
5.0 out of 5 stars Not YA. The subject matter is too intense (graphic violence) for all but the very mature YA.
Reviewed in the United States on July 31, 2018
Verified Purchase
The story moved quickly, exciting and the characters pull you in. You're going to get invested in these people
Read more
2 people found this helpful
Helpful
Comment Report abuse
See all reviews from the United States