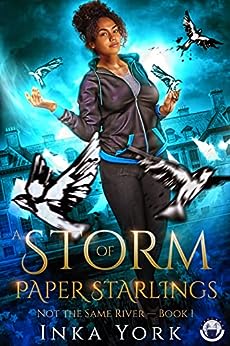 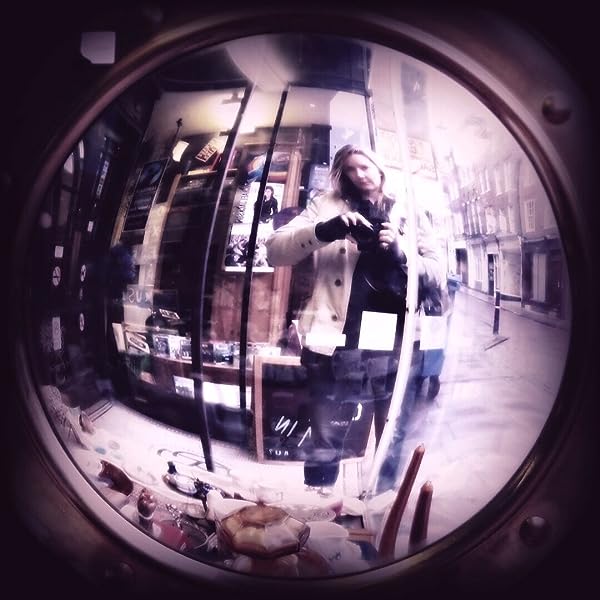 by Inka York (Author) Format: Kindle Edition
Book 1 of 2: Not the Same River
See all formats and editions
Sorry, there was a problem loading this page. Try again.
What if the ordinary family you crave isn’t ordinary at all?

When an accident lands Violet in hospital, her mundane life in a London children’s home is disrupted by relatives she’s never heard of—the Penhaligons—and a mysterious visitor who disappears into the night after claiming he’s the father of the twin sister she never knew she had.

With her long-lost sister, Amethyst, to find, Violet turns to her new family for help. But the Penhaligons are far from ordinary.

Power and magic lurk at the priory, Violet’s new home in the Oxfordshire countryside, and she learns fast that nothing is ordinary there, least of all the hostile new neighbours—a coven of vampires, vaewolves, and demons.

As Violet grapples with family secrets, four powerful new brothers, and latent abilities of her own, Amethyst and the man who raised her find themselves in mortal danger—a danger that draws Violet and her family into a battle to save them.

Finally embracing the meaning of family, two questions burn at the back of Violet’s mind.

If vampires and demons exist, what are the Penhaligons?

And what is she?

A Storm of Paper Starlings is the first of six already written books. The Not the Same River series follows Violet as she goes from lost, gobby orphan to treasured warrior, finding the clan she would die for along the way.

If sibling banter, precious friendships, bitey neighbours, and terrible goats are your jam, settle in to meet your new ride or die crew.

Due to adult language and dark themes, this book is recommended for readers aged 15+ and is ideal for upper YA/crossover readers who enjoy diverse stories. The series should be read in order.
Read more
Previous page
Next page

Limited-Time Offer
Join Audible Premium Plus for 60% off. Get this deal
Books In This Series (2 Books)
Complete Series
Not the Same River
Kindle Edition
Page 1 of 1Start OverPage 1 of 1
Previous page
Next page

Inka York got an early start to her writing career when she rewrote the endings of Hans Christian Andersen’s fairy tales to make them less sad, and while it wasn’t on quite the same level of fanfic written by the likes of William Shakespeare, Alexandre Dumas, Dante, or Oscar Wilde, it was something. The kind of something that grew its own bones and teeth, and took on a life of its own.

The Cascade Apocrypha storyworld was decades in the making, and begins with the Not the Same River series, about a girl who finds the family she deserves in a world she never knew existed.

Inka writes queer paranormal fantasy from a cave in Kent, in the southeast of England, where she lives with her husband and the gaping chasm left behind when Kid A and Kid B flew away to find their own caves.

Zara
4.0 out of 5 stars Paranormal and cozy
Reviewed in the United States 🇺🇸 on October 29, 2022
Fascinating paranormal story of an orphan finding her self, her magic, and her chosen and genetic families. Loved all the twists and magical turns to this tale, but it felt like even though this is Book One of this series, it should actually be somewhere in the middle part of a series, or that it's a side-shoot story to a larger saga. If you're ready for a long, but comfortable cozy coming of age kind of mystery with a bit of danger, then this could be your next read!
Read more
Helpful
Report abuse

Melissa
5.0 out of 5 stars I Couldn't Decide Whether To Binge Or Savor This! Phenomenal First Book!
Reviewed in the United States 🇺🇸 on November 21, 2022
"A Storm Of Paper Starlings, " book 1 in the Not The Same River series by Inka York has left my mind blown!

Wow, what an incredible first book! Absolutely loved it!

After being hit by a car, Violet awakens in the hospital with a stranger .

She dreams strange things and can't explain them. Then things about her past come to light, and boy, do they ever!

No spoilers, but this a book you must read! Twists and turns abound.

Such well written characters and a roller coaster ride full of supernatural adventure ! Can't wait for the next book in the series! Bravo, Ms. York ! I'm now a fan!

I received an advanced review copy of this book, and am voluntarily leaving a fair and honest opinion.
Read more
Helpful
Report abuse
See all reviews

Windmillcat
5.0 out of 5 stars Exciting story, wonderful characters, beautiful writing
Reviewed in the United Kingdom 🇬🇧 on November 1, 2022
Verified Purchase
I had a problem reading this book, I was torn between reading slowly to savour each word of the beautiful writing and rushing through to find out what was going to happen. I compromised by reading quickly with an immediate second reading planned. I've rarely read a book where the characters felt more alive. I wish I could bump into them (some of them, obviously not the evil ones) on the street. I feel like we'd just start chatting and sharing jokes like old friends. Can't wait until the second installment.
Read more
Report abuse
See all reviews
Report an issue
Does this item contain inappropriate content?
Report
Do you believe that this item violates a copyright?
Report
Does this item contain quality or formatting issues?
Report