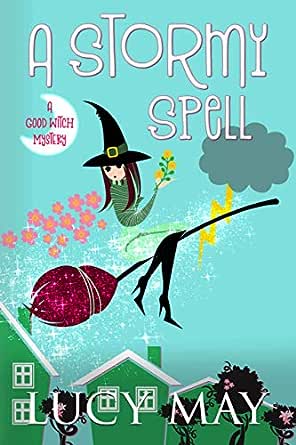 You've subscribed to This Good Witch Mystery Series! We will preorder your items within 24 hours of when they become available. When new books are released, we'll charge your default payment method for the lowest price available during the pre-order period.
Update your device or payment method, cancel individual pre-orders or your subscription at
Your Memberships & Subscriptions
There was an error. We were unable to process your subscription due to an error. Please refresh and try again. 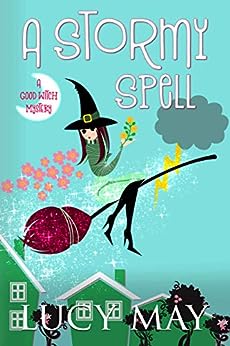 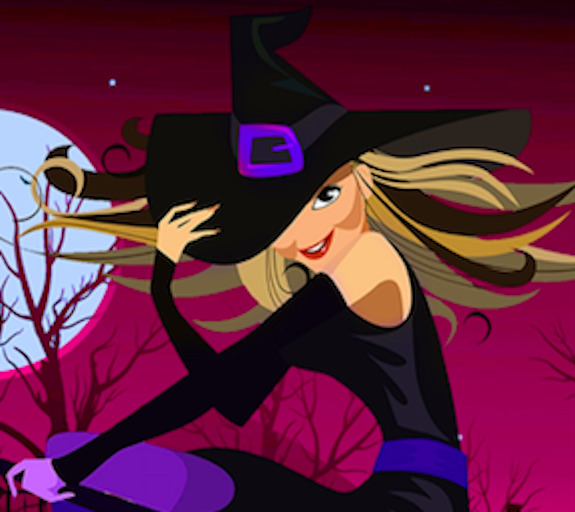 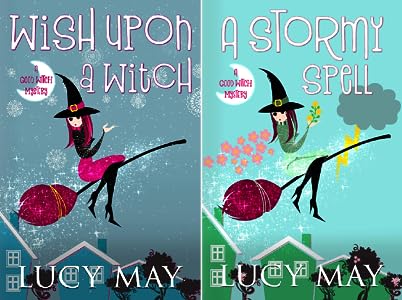 4.4 out of 5 stars
4.4 out of 5
26 customer ratings
How does Amazon calculate star ratings?
Amazon calculates a product’s star ratings based on a machine learned model instead of a raw data average. The model takes into account factors including the age of a rating, whether the ratings are from verified purchasers, and factors that establish reviewer trustworthiness.
Top Reviews

Emily Pennington
TOP 500 REVIEWER
4.0 out of 5 stars Spells Gone Wrong? Odd Weather?
Reviewed in the United States on June 2, 2020
Juliette Good had a talent with spells involving electrical power, so her mom asked her to fix the light post in front of the house. As she cast the spell, however, it deflected into the ground, leaving a burned area and burning Juliette’s fingers! The bulb in the light post was way too bright, so she asked one of the twins to get her dad, Liam Good Sr., who could correct it with his dampening powers. He had a concerned look, like maybe he had seen something like this before, but didn’t confide in her. She later was with her sister-in-law, Moira, at Enchanted Spirits when two lights in the ceiling blew up, this time definitely not Juliette’s fault. Moira told her Zoe’s mother had a problem with a spell to give power to her plants – and that spell was much easier than the electrical one! Over the next twenty-four hours in Charm Cove, reports popped up all over the place about spells going out of control within the community of witches and warlocks, even minor spells. One involved a love potion where the purchaser knelt on the sidewalk and professed his undying love – to a crow!

Juliette pointed to a spreadsheet to show Aunt Opal a discrepancy in the Beauty Bewitched ledger. Someone was stealing. Their Alden suppliers had retired 3 years ago and their daughter took over. Aunt Opal asked Juliette to look at the past records and see when this discrepancy started. Juliette left for the coffee shop to meet with friends and Isobel mentioned the weather issues that had started with heat lightning the night before – when it wasn’t even hot yet. The friends walked outside and a nasty storm came up, dumping buckets of rain on them. This was not typical Spring weather! About the only thing going well lately was that Donovan Wick was dating Juliette and it might be moving in a positive direction! And a stray dog named Sunshine just might help him along the way. But all the other strangeness will be keeping Juliette busy! What’s going on now?

Once again, Charm Cove is full of surprises. Will they discover what is affecting all of the spells and the odd weather? Is someone doing this? And why?
Read more
Helpful
Comment Report abuse

Jamie Bee, Reading Fanatic Reviews
TOP 50 REVIEWER
5.0 out of 5 stars Another Wicked Good Visit to Charm Cove
Reviewed in the United States on June 27, 2020
I love reading paranormal cozy mysteries, and I will admit to having a particular fondness for stories where the magic goes awry. So I was immediately drawn into this book when Juliette's electrical magic goes a little haywire right in the first scene. She is not the only one having such troubles. Even those with less tricky powers to control than electricity are having issues. Then strange storms that have no reason to take place this time of year start cropping up. This is certainly a mystery for those more experienced in the community to try to figure out. On top of this, Juliette has more mystery to contend with. It appears someone is stealing from her shop. Add a little romance for her as well, and you've got a great combination for a paranormal mystery read that doesn’t focus on murder. I find this author's writing style to be smooth and exceptionally easy to read. Her books are a joy. I also liked that we got to see a little of the couple from the previous series, from which this one spins off. All in all, I found this to be a well-done paranormal cozy mystery.

MaryLou Hoffman
VINE VOICE
4.0 out of 5 stars A SWEET AND CHARMING ROMANCE
Reviewed in the United States on June 16, 2020
A STORMY SPELL is the second book in the This Good Witch Mystery series. I believe it will be best if the books are read in the order of release in the series.

This is a sweet and charming romance with a stormy background. I love how the whole community of witches and warlocks are coming together to figure out why the rogue storms are attacking their town. They’re sure it’s more than global warming at play!

I like that this is a mystery without a body. Instead we’re hunting for clues in an accounting theft coupled with odd weather and magical outbursts. Plus, there is a sweet pup named Sunshine upstaging it all.

Note: While I received this book as a gifted ARC via Booksprout, my opinions are my own and are given freely.

Kumotteiru
VINE VOICE
4.0 out of 5 stars A stormy spring in Charm Cove
Reviewed in the United States on June 3, 2020
Like so many stories around Charm Cove, it is written from the point of view of one of the local witches. This time it is Juliette, as she plays a major role in the events. When Juliette took over the book keeping from the retiring accountant of her family, she did a general audit of the books and found some discrepancies concerning one provider. Trying to find out what happened and why, while the spring is acting crazy weather-wise and spells are occasionally going wrong....Could all of this be related or are there different reasons for all of this happening at the same time. Theories are abandon in Charm Cove...
A typical magical cozy mystery of Charm Cove, nothing too sinister, but concerning everyone in this small town. An enchanting story and quite entertaining.
I received a free copy of this book via Booksprout and am voluntarily leaving a review.
Read more
Helpful
Comment Report abuse

billsbabiegirl
4.0 out of 5 stars A Stormy Spell
Reviewed in the United States on June 2, 2020
Short, but fun read. Lots of action. One minute Charm Cove is enjoying nice weather, then they are hit by tornadoes and heavy rains. While all the witches are trying to find out why the weather is acting up, there is a theft, leaving Juliette to find the culprit. Donovan is laying it on thick in the romance department with the help of Sunshine, who I just adored. This story has everything you could want, romance, a mystery to solve, and some great characters. I have read almost all of the Charm Cove books and they do not disappoint.