Sold by: bargainbookstores-
Add to Cart
$13.21
+ $3.99 shipping
Sold by: NewStart-Christian-BookStore
Have one to sell?
Sell on Amazon 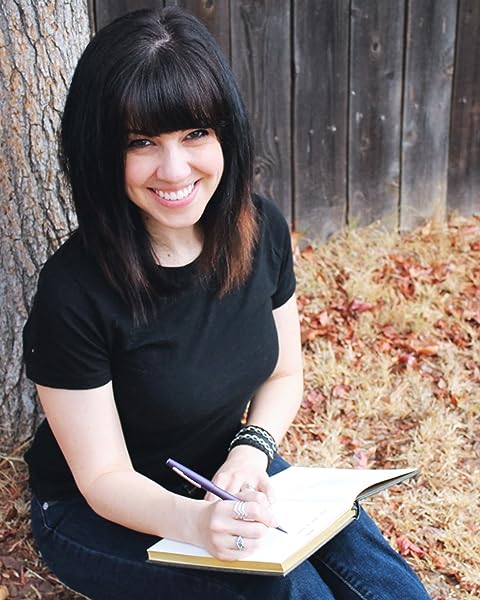 Franklin does an exceptional job of worldbuilding in this beautifully written debut fantasy novel. The witty and crisp dialog drives the plot forward, and the author's ability to create well-defined characters will immediately hook readers. VERDICT: With its engaging protagonist and twisty, suspenseful story line, this first volume in Franklin's 'Weaver' trilogy will attract fantasy fans seeking a light and inspirational read. New readers willing to try the genre will also be rewarded. --Library Journal, starred review, debut of the month

This page-turner is a compelling introduction to a new series that promises an adventure that will appeal to teen readers as well as adults. Tanwen is a creative and extraordinary character who is easy to like. Franklin's fantasy world is as sparkling as Tanwen's story sculptures, with descriptions that make it easy to imagine the landscape that carries this story of faith, reconciliation, and hope. --RT Book Reviews

Franklin describes this medieval-like world in lovely, flowing prose, especially the magical storytelling ribbons that twist in and out of various shapes. Ambitious Tanwen speaks with dry humor, and sweet Braith struggles between knowing what is morally right and lacking the means to act on her ideals. The fun, rollicking adventure and cast of bantering characters will hold widespread appeal for fantasy fans. --Booklist

Traitors, rebels, and the most original magic system I've seen since Patrick Carr's A Cast of Stones make Lindsay A. Franklin's The Story Peddler a unique and engrossing debut! I read through the book in two days. Did not want to put it down. --Jill Williamson, Christy Award-winning author of By Darkness Hid and King's Folly
Lindsay Franklin is a fearless storyteller. She weaves a colorful fantasy of light, darkness, and the many adventures in between. The Story Peddler is a perfect blend of humor, heartache, and healing. --Nadine Brandes, Carol Award-winning author of the Out of Time series and Fawkes
The Story Peddler is like nothing I've ever read. Lindsay A. Franklin weaves a magical and one-of-a-kind tale packed with danger, treason, and forbidden stories. A girl who wants to escape her mundane life. A king who harbors dark secrets. A princess in search of truth. The Story Peddler has it all. Filled to the brim with mystery and intrigue, this stunning debut will transport readers to a realm from whence they'll ne'er desire to return. Save a spot on your TBR list for this beauty! The Story Peddler is a binge-worthy read sure to be treasured by peasants and kings alike. --Sara Ella, award-winning author of the Unblemished trilogy

Lindsay A. Franklin is a Carol Award-winning author, freelance editor, and homeschooling mom of three. She would wear pajama pants all the time if it were socially acceptable. Lindsay lives in her native San Diego with her scruffy-looking nerf-herder husband, their precious geeklings, three demanding thunder pillows (a.k.a. cats), and a stuffed marsupial named Wombatman.
Read more