$14.99
& FREE Shipping on eligible orders. Details
Sold by: Aesthetic Excellence
Have one to sell?
Sell on Amazon 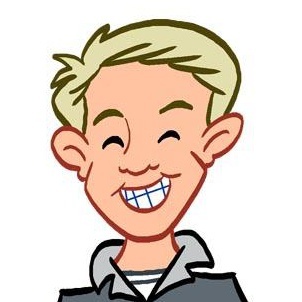 What Is the Story of Wonder Woman? Hardcover – Illustrated, August 13, 2019

Steve Korté worked as an editor with DC Comics for many years. He is now a freelance writer and has written books for Capstone Press, DC Comics, Dorling Kindersley, HarperCollins, Little, Brown and Company, Scholastic, Simon & Schuster, and Warner Bros. He lives in New York City.

What Is the Story of Wonder Woman?


On October 21, 1941, issue number eight of a comic book called All-Star Comics hit the newsstands and stores in America. It contained an exciting story starring the super hero team known as the Justice Society of America. Superman and Batman were members of the team. But this story featured other heroes—including Hawkman, Dr. Fate, Johnny Thunder, Sandman, Starman, Doctor Mid-Nite, and an owl named Hooty—who joined forces to fight a criminal mastermind known as Professor Elba.

Within the back pages of this same issue was a shorter story featuring the debut of another super hero. But this was a super hero like no other in comic history. In a time when nearly every comic book hero was a man, this hero’s name was Wonder Woman. And that’s not all that made her unique. The background history of the character—her origin story—was inspired by Greek and Roman myths that have been around for thousands of years. In this first story she was compared to gods and goddesses: “As lovely as Aphrodite—as wise as Athena—with the speed of Mercury and the strength of Hercules.” Her mother was the queen of the Amazons, a tribe of strong warrior women who lived on Paradise Island, where no men were allowed. Wonder Woman was the strongest and bravest of all the Amazons!

By the end of the story, this Amazing Amazon was ready to leave Paradise Island so that she could save America—and the rest of the world—from disaster. The story of Wonder Woman had begun!


Chapter 1: To Tell the Truth


Like almost every other comic book super hero, Wonder Woman had a secret identity. On Paradise Island, she was known as Princess Diana, the daughter of the queen of the Amazons. In America, her secret identity was a nurse named Diana Prince.

What few people knew, though, was that the man who wrote the Wonder Woman comics had a secret identity of his own. In the earliest stories, he was credited as “Charles Moulton.” But that was not his real name.

William Moulton Marston—called Bill by his family and friends—was the man who created Wonder Woman. But that was just one of his many accomplishments. He was also a lawyer, a psychologist, a scientist, a professor, and an inventor. In many ways, his origin story was as interesting as Wonder Woman’s!

Bill was born in Massachusetts in 1893. He grew up in a household filled with a loving family that included his parents and four aunts. He had a happy childhood, and while he was in elementary school, he started writing stories, poems, and plays. His mother thought he was a genius.

By the time he entered high school, Bill had grown tall and handsome. He excelled in his classes, played football, and was elected class president. Early on, he developed an interest in Greek history and mythology. In high school, he wrote a class paper that was an imaginary conversation between himself and Clio, the Greek goddess of history.

Since the eighth grade, Bill had been in love with a girl named Elizabeth Holloway. One of the things he admired about Elizabeth was that she was not shy about expressing her opinions. When Bill and Elizabeth graduated from high school, he applied to Harvard. On his college application, Bill was asked to fill in his “intended occupation.” He wrote one word: “law.”

In 1911, Harvard did not admit women as students, so Elizabeth applied to Mount Holyoke College, one of the first women’s colleges in the United States. Elizabeth shared Bill’s interest in Greek history. Her favorite book was written by the poet Sappho, who lived in Greece around 600 BC. Elizabeth was even able to read Sappho’s writing in the original Greek! In the years to come, Bill and Elizabeth’s love of Greek literature played an important part in the creation of the character of Wonder Woman.

Bill did very well in his classes at Harvard. He still hoped to become a lawyer, but he was soon drawn to the school’s Department of Psychology, where students studied the science of human behavior. Bill and one of his professors were interested in the study of deception—the act of telling a lie. The two men wanted to be able to learn for certain if a person was telling the truth or not.

Bill began experimenting to invent a machine that could tell truth from lies. One of his ideas was to see if a person’s blood pressure changed when he or she told a lie. Bill tested a large group of students by monitoring changes in their blood pressure as each student told a truth and then a lie. Out of 107 tests, Bill was able to tell a truthful statement from a lie 103 times, or 96 percent of the time, just by watching and recording someone’s blood pressure!

Bill Marston created his lie detector test in 1914, but he chose not to patent his idea. The patent would have required others to pay Bill each time the test was used. In his book The Lie Detector Test, he wrote that important scientific discoveries should be free for all to use. That decision would end up costing Bill a lot of money in the years to come.

Bill and Elizabeth graduated from college in 1915 and got married soon after that. Even though Bill was still interested in science, both he and Elizabeth decided to pursue law degrees. Bill enrolled in Harvard Law School.

In the United States in 1915, women did not have many of the same rights as men. Women were not allowed to vote in many states. Bill and Elizabeth joined the fight, known as women’s suffrage, to change this inequality. Bill was fond of saying that he believed that women should rule the world because he thought women understood love better than men. And love, he declared, was more powerful than any man’s physical strength.

Bill and Elizabeth both graduated from law school, but neither one ever practiced law. At the time, fewer than 2 percent of all lawyers in the United States were women. Elizabeth found small jobs where she could. Bill started teaching at Tufts University in Massachusetts. More than anything else, though, he hoped that he would become famous for his lie detector.

4.9 out of 5 stars
4.9 out of 5
64 global ratings
How are ratings calculated?
To calculate the overall star rating and percentage breakdown by star, we don’t use a simple average. Instead, our system considers things like how recent a review is and if the reviewer bought the item on Amazon. It also analyzes reviews to verify trustworthiness.
Top reviews

snofan
5.0 out of 5 stars Great gift
Reviewed in the United States on March 16, 2020
Verified Purchase
This was a gift, chosen by a child to receive from Santa Claus. The child was delighted!
Read more
Helpful
Comment Report abuse

Raul Rodriguez
5.0 out of 5 stars The best for kids and adults!
Reviewed in the United States on September 23, 2020
Verified Purchase
The book is well written, concise, but super informative. It does a great job of holding children's' attention and is also a great read for adults that want a quick summary.
Read more
Helpful
Comment Report abuse

Becky Wilhoite
4.0 out of 5 stars Wonder Woman
Reviewed in the United States on June 24, 2020
This book is suppose to be for a younger audience but I think they would lose interest unless they truly loved Wonder Woman and wanted to know facts about how she came to be. I thought it would be fun to read and enjoyed it. I did know most of the facts already.
Read more
Helpful
Comment Report abuse

jimwin11
5.0 out of 5 stars A WONDER-ful Book!
Reviewed in the United States on November 22, 2019
A wonderful biography of both Wonder Woman and her amazing creator William Marston. I found out lots of things I never knew about both of them, and I was especially glad to read more about William's wife Elizabeth, who played a big role in the story of Wonder Woman.
Read more
Helpful
Comment Report abuse
See all reviews