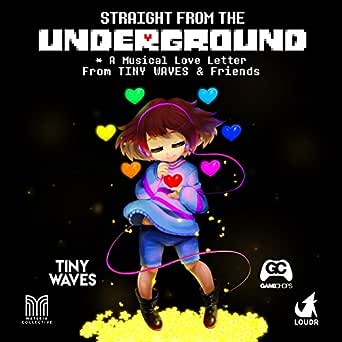 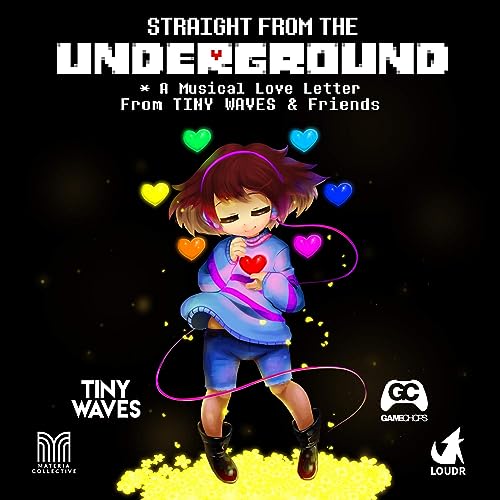 Straight from the Underground

J. Campbell
4.0 out of 5 stars Fantastic Remix Album
Reviewed in the United States on May 3, 2017
Verified Purchase
Little bit of background - I feel that some albums today are only worth it if you torrent them, and most aren't even worth that. It's not that I'm a music connoisseur or anything, it's just that I have specific interests, and most stuff just can't hold it for very long. I also love the Undertale soundtrack and have probably listened to the album and other remixes more than I've actually played it.

That being said, while you don't have to be an Undertale fan or an OC Remix fan to enjoy this (I've actually played it at a party without anyone snubbing me for not listening to Top 40 or modern Hip Hop), for those of you that are fans, this is one of the best remix albums I've heard. Lots of talent on this one and it shows.

I purchased without a second thought. Thankfully, this was available on Amazon so i could actually download the MP3s and put on my old school iPod (don't hate, the classic has helped though a ton of exercise).

The only reason I have it at 4 stars instead of 5 is due to the fact that there are many variations of the same tracks here. Most are done in different styles, so it doesn't get old, but I would've liked to hear remixes of some other tracks. But still, lots of variety and a long track list really up the value.

Chris S.
5.0 out of 5 stars THIS MUSIC IS BANGIN'!
Reviewed in the United States on September 19, 2018
Verified Purchase
All of this album was amazing to listen to. I love listening to the variations of the songs from Undertale and these might be my favorite remixes of them. I've spent half a day listening to them on repeat.
Read more
Helpful
Report abuse

Chris
5.0 out of 5 stars Five Stars
Reviewed in the United States on September 11, 2016
Verified Purchase
I pretty much bought this just because theres a track with dodger singing. Worth.
Read more
Helpful
Report abuse
See all reviews