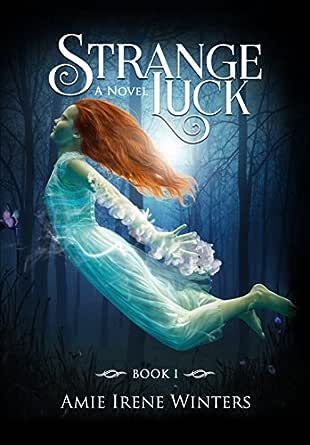 You've subscribed to The Strange Luck Series! We will preorder your items within 24 hours of when they become available. When new books are released, we'll charge your default payment method for the lowest price available during the pre-order period.
Update your device or payment method, cancel individual pre-orders or your subscription at
Your Memberships & Subscriptions
There was an error. We were unable to process your subscription due to an error. Please refresh and try again. 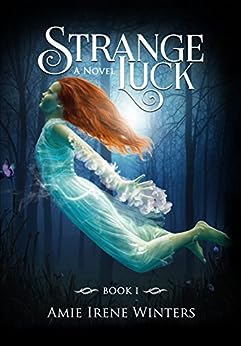 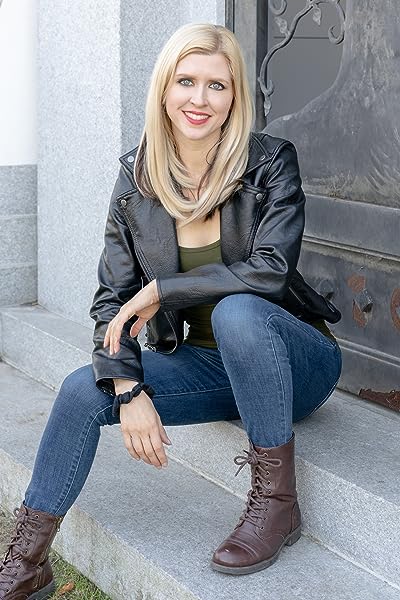 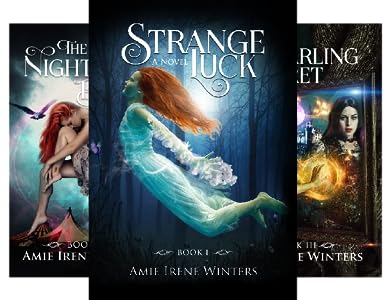 Praise for Strange Luck
"Well-written, thought out, and put together. I cannot wait to start the second novel in this series."
-Paperback Junkie Book Review
"A fantastic read."
-Fantasia Reviews
"Welcome to a world of magical dreams, curious claims and the spell binding writing of Amie Irene Winters. It is the journey of discovery throughout this series that will have readers hanging on to each page!"
-Tome Tender Book Review
"The world was one of the most interesting ones I'd ever read about. I was completely in love with it."
-The Regal Critiques Book Blog
"We are obsessed with it."
-YA Love Magazine

A.I. Winters is an American writer, known primarily for her works of horror and fantasy. Shortly after she received her BA in Anthropology and MA in Environmental Studies, she began writing fiction in her spare time.

She currently resides in California. When not writing, she can be found hiking with her dog, painting, or baking.

4.4 out of 5 stars
4.4 out of 5
60 customer ratings
How does Amazon calculate star ratings?
Amazon calculates a product’s star ratings based on a machine learned model instead of a raw data average. The model takes into account factors including the age of a rating, whether the ratings are from verified purchasers, and factors that establish reviewer trustworthiness.
Top Reviews

J. D. Estrada
5.0 out of 5 stars By Strange luck I came by this lovely read
Reviewed in the United States on May 30, 2016
Verified Purchase
Memories are a powerful thing and to a certain degree our greatest treasures. Think about it, what is life but an accumulation of experiences. That first kiss, that warm summer day where everything flowed perfectly, that candy that takes you directly to the brightest spot in your trail in this life.

Within the pages of the book of the same title, Strange Luck is a lovely antique shop of oddities that gives home to a variety of haunted (or at least reportedly haunted) pieces to entice people who want to invite a little oddity and a little bit of luck into their lives, even if it is of the strange kind. Wallace is the owner of the store and Daisy is his daughter. She dreams of traveling and writing although her immediate future has her inheriting Strange Luck, which isn't exactly the most wonderful outcome in her books.

Among the countless fascinating objects within the store, there is a particular envelope that brings much attention... especially since it was supposed to be given to a Mr. Farnsworth and has been passing from generation to generation for the last century... until an odd looking man comes claiming said letter as his own.

That's when things start getting interesting and where Strange Luck takes you headfirst into an adventure that feels a bit like the Neverending Story and Alice in Wonderland while exploring a lot of new territory in the Nameless, a world sold as Utopia and which is far from it. As beautiful as it is frightening a concept, the idea does tantalize the mind.

Amie Irene Winters does a wonderful job of keeping you interested in seeing what happens next until the book is over, and you're wondering if you didn't just lose a memory along the way. Daisy is a likable character as well as Roger, her best friend, but where this book shines is in the details, the could have beens, the side stories, and the rich foundation of a place called the Nameless. I felt myself standing in an area that was the fantasy equivalent of the vast caverns in Journey to the Center of the Earth.

It is a beautiful book that made me smile and often surprised me with so many wonderful premises I can't help but wonder what a collection of side stories would be like. What are fairies really like?

Definitely recommend this book to any and all who love a good slice of fiction that leaves you wondering what if, over and over again, which is the sign of a story that sticks with you and would no doubt be a memory worth being stolen.
Read more
3 people found this helpful
Helpful
Comment Report abuse

Jay Plemons
5.0 out of 5 stars Captivating read!
Reviewed in the United States on January 22, 2016
Verified Purchase
Captivating read! This is the kind of story that will draw readers in quickly. Absolutely love the characters and their intriguing personalities that they possess. Daisy is a very compelling teen who I absolutely adore. If you love female protagonists as much as I do, you will love the imagination behind her world of supernatural surprises. She faces challenges that only the mind can conquer, and she does it skillfully.

I always hate giving any specifics or details in my reviews that may spoil the reader, so I'll just say this: Strange Luck is a faced paced adventure that pulls you into a world of pure imagination with twists and turns to keep you on the end of your seat. A blend of Alice in Wonderland meets Narnia in this delightful read. You'll be wondering what is real and what isn't. The mind is a wonderful tool, but can be treacherous if we abuse it. If memories are what keep us from losing the best of our past - to lose them would be a haunting future.

This has everything you would want in a fantasy book and more. Strange Luck is both whimsical and thrilling behind its creative and descriptive imagery. I read this book with my 12 year old son, and even he thought it was one of the most creative and original books yet. This kid reads a lot. I give Strange Luck 5 amazing stars. I can't wait to read more from this author.
Read more
3 people found this helpful
Helpful
Comment Report abuse

Tomxypdq
5.0 out of 5 stars A concrete and surrealistic romp through never never land.
Reviewed in the United States on February 27, 2019
Verified Purchase
My 7 year old and I are 3/4 the way through this book and find it delightful. My son could use a few more pictures throughout - but the point of the exercise was to get him away from picture books. The imagination is put to such unique use in Strange Luck that it emotes a paradoxically solidified abstraction. Perhaps think of a teenage romp through Alice in Wonderland meets Neil Gaiman's Sandman (without the pictures). Young old can delight in its pages.
Read more
One person found this helpful
Helpful
Comment Report abuse

Joe Compton
4.0 out of 5 stars Almost won me over, almost...
Reviewed in the United States on March 24, 2018
Verified Purchase
I should mention right from the get go that YA is not my genre but I had heard so many great things about this story that I had to give it a go. Now I also will say it has not brought me over or changed my view of YA but it has given me pause and I won't shy away from this genre as much; let's just put it that way.

That being said Amie Irene Winters masterfully crafts an intricate mystery, within an adventure being started type arch that really grabs you from the the first sentence on. Her introduction the main characters of the book Daisy and Roger really gave me this grand outline of these amazing and complicated characters. Mrs. Winters' style is fast and the dialogue sings with the tempo of the frenetic pace that this book starts on. It is amazing, amazing work.

Where this book loses me from time to time are in the moments that are YA staples that tend to creep into stories like these, awkward romance, character nativity, etc. They aren't as overt as a lot of the genre's companions are but they are there and that's not a fault per say. It's more of my personal taste getting in the way.

This book is well written, well constructed, and has a incredible pacing to it. Even in the spot where a big discovery happens in the 2nd act, beginning of really, the writer is so talented that even in the moment when you know it is going to come to slow down, they handle this transition with beautiful movements that don't linger and get you right back engaged into that pace from the 1st act.

I am excited to see where the next 2 books in this series go and Yes I will be reading them.

If you are a fan of YA and are tired of the cliche versions a lot of this genre offers but still want some of the things this genre is known for this is absolutely the book/series for you.
Read more
Helpful
Comment Report abuse
See all reviews from the United States

Haidji
4.0 out of 5 stars Memories
Reviewed in Spain on January 24, 2016
Verified Purchase
Easy to read, this book is a very entertaining tale of adventure into a fantasy world.
With numerous twists and turns, it is the kind of book that once you start reading it, you can't easily stop reading until the last page.
The book manages to be profound, light full and entertaining.
Read more
Helpful
Sending feedback...
Thank you for your feedback.
Sorry, we failed to record your vote. Please try again
Report abuse