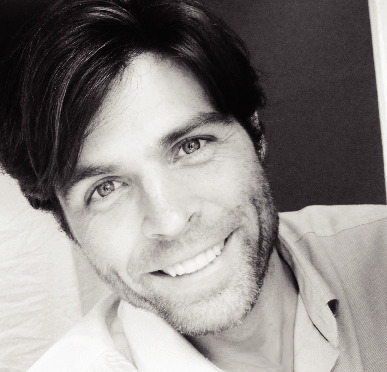 4.9 out of 5 stars
4.9 out of 5
10,222 global ratings
How are ratings calculated?
To calculate the overall star rating and percentage breakdown by star, we don’t use a simple average. Instead, our system considers things like how recent a review is and if the reviewer bought the item on Amazon. It also analyzes reviews to verify trustworthiness.

DF
5.0 out of 5 stars Adjusted Phrasing = Transformed Perspective
Reviewed in the United States on November 19, 2019
Verified Purchase
Strange Planet revolves around a simple conceit: portray the ordinary occurrences of life, using un-ordinary words. And part of its charm is in decoding dialogue from "technically English" into "common English". But what takes this series of comics from enjoyable to remarkably good is in the care Pyle uses in his selection of "technically English" phraseology, turning ordinary into delightfully absurd and eminently quotable. Through this lens, humanity's rituals are objectively absurd and subjectively touching, but most importantly— supremely human.
Read more
177 people found this helpful
Helpful
Comment Report abuse

Aire
5.0 out of 5 stars Very Optimal Book; Highly Recommend Exchanging Currency for It!
Reviewed in the United States on November 19, 2019
Verified Purchase
WARNING: MIGHT INCLUDE SPOILER; READ THIS REVIEW AT YOUR OWN RISK!
I am not typically a comic/comic book person, but once I saw the friendly and innocent demeanor of these beings created by Nathan W. Pyle, I couldn't help but to fall in love with them. The book is about the size of my palm (as pictured), and is sectioned off into 4 different categories: Young Beings, Friendship, Adulthood and Recreation. As promised by the author, there are dozens of never-before seen comics, where some of them are continuations of previous fan favorite comics shared on social media. To prevent further spoiling, I will not post any of the new comics seen here, but the ending of the comic book was well thought out. I have read through this comic book, and can assure parents this is definitely a kid friendly book. Would recommend to others who are either looking for a new comic line to obsess over, or are a super fan like me, with many of his shirt designs already purchased!
Read more

FrKurt Messick
HALL OF FAME
5.0 out of 5 stars A being cannot not have this!
Reviewed in the United States on November 20, 2019
Verified Purchase
A friend of mine and I discovered at the same striking of the clocks, at least in calendar times, the artist Nathan W. Pyle about the same time on the world-wide netting, Countenance Tome. On the Tome, Pyle's gentle humour and interesting turns of phrase ("Fortunate Amulets" for Lucky Charms, "The Cost is Correct" for the game show The Price is Right) strike the just the tone with the kind of insight and inspiration a being craves as a balance to the daily miasma of News (real or fake) and Heartache (likewise, real or fake). There are family, society, couple, friend and professional situations depicted in fascinating ways, such that, when one sees them, one might think - Of course! That's Obvious.

Pyle gives us a gifted glimpse of the obvious many times.

Perhaps the best part of this is that every being respects every other being. In one very poignant situation, a being is standing alone with a tray of food in the midst of a communal eating chamber, obviously the kind of situation that happens to many of us when we are new beings to a new territory.

"Would you like to ingest with us?" another being calls out. With gratitude, the new-to-the-territory being accepts.

"Is there a syllable sequence beings use to address you?"

It turns out that it is a foreign name.

"Yes, but you may find it difficult to pronounce."

I've been here. Lots of times.

"Then we will just practice until we can."

This being has noticed a somewhat Data-from-Star-Trek-esque sense of speech process in the beings in the comic. Perhaps that is what is makes it even more endearing. It is simple, direct, meaningful, generally lacking in contractions where there might be some, and overall, a happy thing.

Ryan Sandberg
5.0 out of 5 stars R e n d e r i n g s
Reviewed in the United States on November 21, 2019
Verified Purchase
When I was a kid, I had 2 favorite comic series that I have just about every book for: Garfield and Calvin and Hobbes. Strange Planet will make a third series that I will be able to pass on to my kids. Nathan has taken the world that we know and turned it upside down, bringing interesting perspectives to daily life. I'm slowly savoring this book and enjoying both the comics that I have seen before and those I haven't. I highly recommend this book for anyone that enjoys the Instagram account and wants to see these comics keep coming to life.

Joanna D.
#1 HALL OF FAMETOP 50 REVIEWERVINE VOICE
5.0 out of 5 stars Look at the mundane in a WHOLE new way--great book for bedtime readiing
Reviewed in the United States on November 19, 2019
Verified Purchase
This funny, funny book is just what you want to read with any kids old enough to hold a sentient discussion. The jokes are taking the simple things of life (a house, a crayon picture) and describing them in ways that an alien might "wax coated picture" "irregularly shaped box" --you get the idea.

This kind of thing makes for giggling but also a lot of great parent-child interaction because you can do the "well, what's that REALLY" question and answer discussion and work on logic and reasoning verbal skills.

Fun, hilarious pictures but most of all a way to look at things through completely naive eyes as if you were an alien. You can continue this endlessly. Pick up a toothbrush and have the kids describe it as if they were an extra-terrestrial just landed and reporting back to the mothership.

My mom used to do stuff like this, making a kiddy play-date menu for us, writing out "Cow juice. Smashed Goobers and Squished Berries on a Raft" (milk and PBJ sandwiches) Here sixty years later and I'm still giggling.

And
5.0 out of 5 stars Fantastic coffee table book
Reviewed in the United States on November 19, 2019
Verified Purchase
Me and my wife have been following Nathan pyle on Instagram for a few months now waiting for this book and wow the wait was super worth it. We've been passing it back between each other and sharing some good laughs. Our friends were over today and they were reading it to their daughter and having a laugh aswell. We decided that we where going to buy some more as Christmas gifts for her employees as well as the comics are very relatable and appropriate for really anybody. Highly recommend this comic book for any and all age groups and personality types!
Read more
15 people found this helpful
Helpful
Comment Report abuse

DisneyDenizen
VINE VOICE
5.0 out of 5 stars A WHOLE NEW WAY OF LOOKING AT THE WORLD
Reviewed in the United States on November 19, 2019
Verified Purchase
A perfect Christmas present for everyone on your list!

This book is so funny! While the illustrations are very basic, the text is just hilarious, taking the simple in life and making it complex while wringing humor out of it. My favorite are the comics with cats. Everyone in my house LOVED this book.

Bryn
5.0 out of 5 stars How wonderful
Reviewed in the United Kingdom on November 23, 2019
Verified Purchase
I confess I ingest many readings.
Such beauty.
I gave currency and I enjoyed.
Read more
63 people found this helpful
Report abuse

Anondroid
5.0 out of 5 stars Optimal entertainment
Reviewed in Canada on November 26, 2019
Verified Purchase
My offspring and I have enjoyed the inhabitants of the strange planet since I saw the first humor box on the electronic communication device. Now I can enjoy this ink on perished trees. I will proudly display this on my primary flat surface.
Read more
91 people found this helpful
Report abuse

Max
4.0 out of 5 stars You've seen most of these before (but they are great)
Reviewed in the United Kingdom on December 5, 2019
Verified Purchase
I feel bad giving this a not-5-star review in light of everyone's enthusiasm - it is absolutely brill.

But I feel it needs saying - if you've followed Nathan Pyle's Instagram for a while, you will have seen 80%+ of these already. I felt a little short-changed from my £12 purchase at first because of that.
That said, of course, the guy's been posting brilliant free content daily for ages and deserves to be rewarded.

If you're a die-hard fan, just don't go into this expecting a full set of originals, that's all.
Read more
23 people found this helpful
Report abuse

Seddo150
5.0 out of 5 stars Why haven’t you bought this yet??
Reviewed in the United Kingdom on November 22, 2019
Verified Purchase
Love this cute, fun, insightful book. I mean, LOVE! Really makes me chuckle, suitable for all ages.
Nathan is a GENIUS!!!
Read more
8 people found this helpful
Report abuse
See all reviews