Add to Cart
$23.40
+ Free Shipping
Sold by: Publisher Direct
Add to Cart
$25.00
& FREE Shipping on eligible orders. Details
Sold by: Amazon.com
Have one to sell?
Sell on Amazon 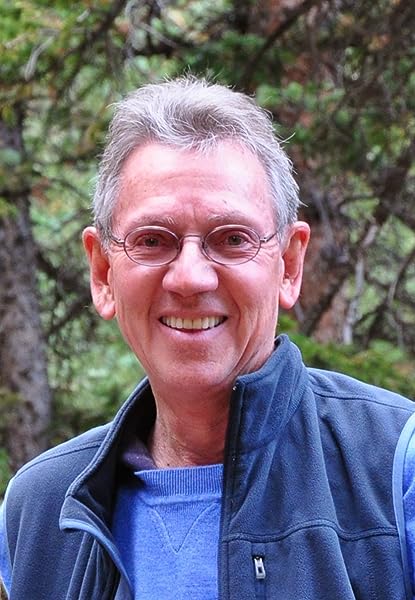 Emil J. Sadloch
5.0 out of 5 stars A Terrific Story of Journeys and Personal Identity
Reviewed in the United States on August 26, 2017
Verified Purchase
Strange Wonders, written by Whit Thornton, offers a deeply personal insight into the journeys we take in our live and the people who travel with us on those journeys. In particular, the book looks at the relationship of the author with his father and the experience they shared in a trip through the Northwest National Parks some 50 years earlier. The author repeats the trip and searches to understand his dad better and to understand himself through the journey. The text offers many stories about this complex relationship that leads to significant familial insights we all can relate to.

In the opening chapters, the author presents the idea for the book: a return 50 years later to the national parks that he and his family visited when he was only 15. His goal: “a journey of reconciliation to bridge a chasm between father and son that had existed for nigh unto fifty years.” Thus, in the book, Thornton presents both the journals of a 15 year old as he chronicled the trip with the perceptions of a mature man some 50 years later.

The author presents his dad as “one of a kind … a hard act to follow.” His father, a creative and extroverted photographer possessed of a flamboyant presence, seemed to dwarf the persona of the growing youth. Thornton describes them as “polar opposites,” an obvious challenge for a more introverted youth. The passages exploring their relationship depict what it’s like to grow in the shadow of a powerful parent as we try to create our own persona. The insights are moving and touching, allowing the reader to further assess one’s relationship with parents. It reminds me of the closing moments of “Field of Dreams,” where the father-son relationship touches us deeply.

The author presents the details of the trips – 50 years apart -- through the national parks of Nevada, Utah, Colorado, Wyoming, Montana, Washington, Oregon, and California. We learn of the six-week journey he took with his wife to re-experience the parks and look deeply into himself. Beside the comprehensive and well-written presentation of the trip’s activities, Thornton presents photos taken by his dad and himself 50 years earlier juxtaposed with present day views of the parks. The photo comparisons are fascinating, presenting the beauty of the parks and the changes in a man over 50 years.

This is a well-written book of self-searching that gives us reason to explore journeys and people we have experienced throughout our own lives. By learning about the author’s own journey of self-awareness and reconciliation, readers can consider their own paths and the making of their own identities. While learning about the author’s insights, the book encourages us to consider our own journeys and personas. It’s a valuable read to foster reflection and insight.

D. P. Macbeth
5.0 out of 5 stars A wonderful story with multiple themes!
Reviewed in the United States on April 14, 2015
Verified Purchase
There are many books about America's national parks. The words urge us to enjoy, revere and protect these landscapes for future generations. Yet in no other work can a reader find this reverence more profound than in Whit Thornton's Strange Wonders, a true story that bridges fifty years from the awe-struck mind of an adventurous fifteen year-old boy to the seasoned, but equally awe-struck soul of the sixty-five year-old man he would become. Sub-titled Searching for My Youth In America's National Parks, Thornton invites us inside his personal journal where a return to the places that most deeply influenced his rise from youth to man are depicted.

Strange Wonders takes us on a remarkable journey, retracing his original sojourn with his father and mother through eleven national parks. Here we are treated to the descriptions penned by a fifteen year-old boy in 1962 followed by those of a sixty-five year old man in 2012. Panoramic photographs depicting vistas seen then and now and remarkably unchanged across the fifty years accompany the prose. Perhaps because he is a lawyer, Thornton presents us with mundane, but interesting detail; a fender bender temporarily repaired with duct tape, bratwurst and asparagus or baked beans in the can prepared over an open fire, a horse with its own mind stopping on a precarious trail to munch on whatever interests its palate. Then with stunning word pictures he pivots, bringing to light all the beauty he so keenly wants his readers to see. And, with his elegant prose we do. `The boardwalk trail climbed to a view of the colorful basin with flesh-toned bubbling pots, gurgling hot pools with plumes of white steam interspersed with verdant green grass patches, domed by a cerulean sky.'

Yet there is much more to Strange Wonders than a mere travelogue. There is the personal sensitivity of Thornton's primary quest, conquering once again, fifty years after his first successful climb, the 13,775-foot Grand Teton. The underlying drama resides not with the arduous climb prefaced by two days of mandatory training under the watchful eyes of a certified instructor, but with the uncertainty in the mind of the climber, Thornton, who has survived cancer and despite months of conditioning worries that his 65 year-old body cannot match the triumph of his fifteen year-old self. It is unusual to arrive at the climax of a story some one hundred and fifty pages before it ends. Still, Thornton would have us believe that this is the zenith when he reaches the top of Grand Teton nearly as quickly as someone half his age. "I did it!" though never written in words, fairly shouts from between the lines. We must recognize the challenge and we must share in his joy when it is overcome. `I took strength from the fact that I had done this previously, and although I was much older, I had been able to do everything else on this journey I had done as a fifteen year-old. I was the same person and I was determined to prove it...Afterwards I lay on the soft bed admiring my bloody shins and the darkening bruises on my knees.'

Mingling among the vistas and the treks along the trails is the stuff of a best-selling novel, the author's relationship with his father, Dade, who led his wife and son on the original 1962 journey. This theme manifests as angst as Thornton artfully describes his deceased progenitor, a larger than life personality and wild dresser who demanded and received the center of attention wherever he went. So talented a photographer was the senior Thornton that he could easily provide for his family while pursuing his passion for adventure as a herpetologist, naturalist, collector, lecturer and traveler. It is clear that Dade Thornton overwhelmed those who came into his circle not least his teenage son, Whit, who struggles with the expectation that he follow in his father's footsteps while knowing he must take his own path. When young Whit finds the courage to face his father with the truth their relationship is never the same. The older Whit clearly struggles with the guilt as he makes his way back in time to the places he and his father so deeply loved. Is this the reason he retraces their national park journey fifty years later? Reconciliation? After all, it is Dade Thornton who instilled the love of nature in his son. It is the father who shows his son the way. "As I reflect on the 1962 trip, there were a number of shared moments with my father where I felt very close to him...After he died, and as I have aged, I have become more understanding, less judgmental...I have come to realize that this trip is as much about trying to reconnect with my father as it is a search for my youth.'

The final undercurrent is a wistfully subtle testament to partnership and enduring love, made clear in the last paragraph of the Acknowledgements, but apparent to the discerning reader from the beginning. On that first journey Whit is with the people closest and most important in his young life, his mother and father. On this later sojourn he is once again accompanied by the most important person in his life, his wife, Jane. No, Jane does not make every trek into the wild with her husband, she is not physically standing with him at the summit of Grand Teton, she demurs from time to time as he rushes off to find this or that trail from his youth. But he is never alone. She is at his side for every one of the 6,715 miles through nine states and eleven National Parks. She is the enabler, the willing partner who encourages him to fulfill this dream. `This book is as much hers as mine. Without her it would not have been written.'

From the uninitiated planning their first trip to a national park to veterans seeking to recall the majesty locked away in their memories, Strange Wonders will never disappoint.
Read more
Helpful
Comment Report abuse

Kevin S.
5.0 out of 5 stars Inspiring Book for Anyone Who Loves the Outdoors!
Reviewed in the United States on October 22, 2015
Verified Purchase
Even though I had my doubts about how exciting a book could be describing an individual’s personal experience regarding his travels to national parks, I have to admit that I was pleasantly surprised. I liked the way the whole book was presented - consistently comparing the experiences in 2012 to the journey fifty years ago, complete with interesting before and after pictures. Particularly, I liked comparing the two times when he was able to stand in the very spot he did 50 years ago, and seeing the changes to the surroundings (and him!) since then. I found it amazing that he recorded in such detail his experiences in his youth, and beyond what he hadn’t recorded he was able to remember quite a lot after so much time had passed. I was also intrigued by his ability to meet the challenges of strenuous, and sometimes dangerous, treks both when he was young and at the ripe age of 65. It has inspired me to continue to challenge myself, as well as to make plans to explore several of the places Whit and his family visited. A great read!
Read more
Helpful
Comment Report abuse

william j cosgrove
5.0 out of 5 stars Five Stars
Reviewed in the United States on April 10, 2015
Verified Purchase
Awesome. Makes one want to spend a lifetime in our National Parks
Read more
Helpful
Comment Report abuse
See all reviews from the United States
Pages with related products. See and discover other items: national parks of america