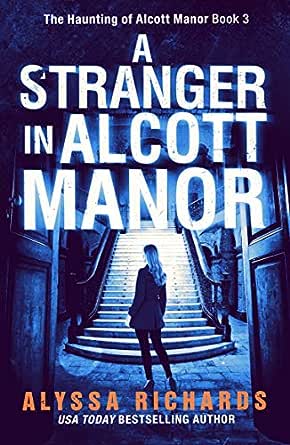 You've subscribed to The Alcott Manor Series! We will preorder your items within 24 hours of when they become available. When new books are released, we'll charge your default payment method for the lowest price available during the pre-order period.
Update your device or payment method, cancel individual pre-orders or your subscription at
Your Memberships & Subscriptions
There was an error. We were unable to process your subscription due to an error. Please refresh and try again. 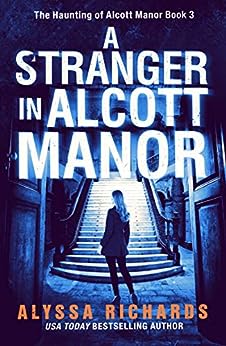 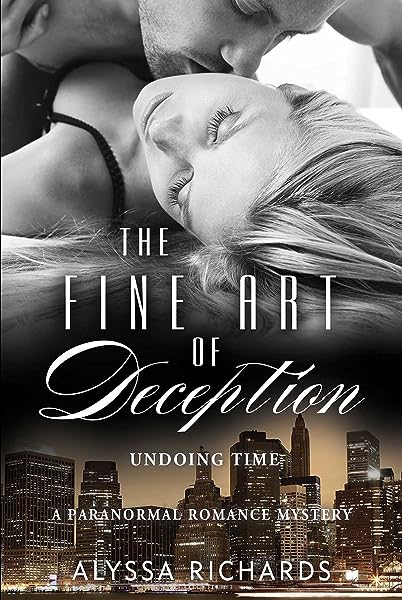 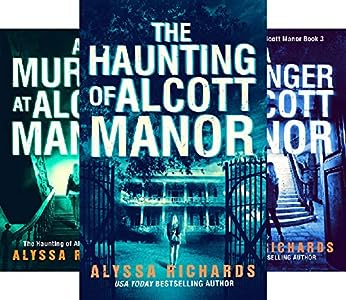 Thrilled
3.0 out of 5 stars Intriguiing
Reviewed in the United States on March 14, 2019
Verified Purchase
This was an unusual tale with all of the elements of a paranormal story, though without being scary.
As I read through the strange mystery, I kept asking myself about the various characters' secrets (there are many), what they could possibly be, for whatever they were was enough to orchestrate a strange timetable and turn of events.
There were some confusing elements. Like the POV would suddenly shift without warning (no heading to show that we are now in someone else's head). It was also disconcerting to see Peyton (the MC) showing little emotion when she ran across the strangest and most curious moments as the mystery unraveled. What should have been a shock felt instead like just an odd but not too abnormal shift, when it was anything but. The startling secrets deserved more suspense-filled buildup, and more explanation and time spent on them as they were breezed over once announced.
Payton's own secret creates a divide between Beau and her and is not fully understood until we get to the last third of the book, but even then it doesn't make sense to have created a separation. Another confusion was why Peyton kept referring to her mother by her name, but sometimes as mother as well. Additionally, it was never really clear how Mrs. Miller came into the picture or how Bertha was related to Peyton. There are numerous facts like these whose details unfortunately slipped the author's mind, and thus unwittingly created an unreliable narrator.
The mystery of the tintypes is a very interesting turn, however, and I felt like I had been whisked into a Red Rose (a la Stephen King) world. The writing is compelling in so many ways, aside from the lack of suspense; the whole concept is inviting, especially as answers start to emerge.
As much as the novel intrigued, it also left so many questions unanswered. How did they get into this alternate world? And why does it happen at all? Mrs. Miller and Bertha seem equally involved in what happens, but the reasons remained blurry.

Rosemary rosiebear Pfeiffer
VINE VOICE
5.0 out of 5 stars well written with likeable characters.
Reviewed in the United States on February 28, 2019
Verified Purchase
I really enjoyed this series. There are ghosts, mystery, love, secrets revealed, and old family history to read about. It is very well written and has likeable characters... including the unusual help, lol. You will be able to read through this fairly quickly because you wont want to put it down. I highly recommend this book, series to all.
Read more
3 people found this helpful
Helpful
Comment Report abuse

Marian
5.0 out of 5 stars The wonderful saga continues
Reviewed in the United States on March 3, 2019
Verified Purchase
What a whirlwind of adventure, love and fulfillment. Finding love, losing it and finding love again. What a great story. The whole Alcott Manor series is superb. Highly recommend.
Read more
4 people found this helpful
Helpful
Comment Report abuse

maranda, retired psychologist
5.0 out of 5 stars A Wild Ride
Reviewed in the United States on September 12, 2019
Verified Purchase
I was pulling for one male hydropower the other and so afraid to find out Peyton's choice. That says I was really involved. Loved the new approach to time dif. I could really imagine that happening but it was so unique. Hope you find a way to continue this story as I love the characters and the grand old manor.
Read more
One person found this helpful
Helpful
Comment Report abuse

FictionFan
5.0 out of 5 stars Great storytelling
Reviewed in the United States on April 12, 2019
Verified Purchase
As with all Alyssa's books this one is a page turner that will keep you guessing. You won't be able to put it down. Characters are very real and interesting and the story is great with twists you won't see coming. A+
Read more
4 people found this helpful
Helpful
Comment Report abuse

DTChantel
5.0 out of 5 stars A Little Ghostly Romance
Reviewed in the United States on May 24, 2019
Alyssa Richard's never fails to entertain and I know when I pick up one of her books, I'm in for a treat. The whole Alcott Manor series is superb and this third installment is no exception. Each one has ghostly elements and mystery galore, but it's not of the horrifying or terrifying variety. What the author excels at are characterizations and you really come to know and care about each one. Just the thought of being trapped inside anywhere for almost a decade is enough to give you the horrors, but the story is so compelling and intriguing, that you can't help but turn the pages as fast as you can. Anything this author writes is a surefire winner and if you like a little ghostly haunting along with your heartfelt romance, you won't go wrong with this book or the entire series.
Read more
One person found this helpful
Helpful
Comment Report abuse
See all reviews