The Stranger (The Labyrinths of Echo Book 1) and millions of other books are available for Amazon Kindle. Learn more
Share <Embed>
Have one to sell?
Sell on Amazon 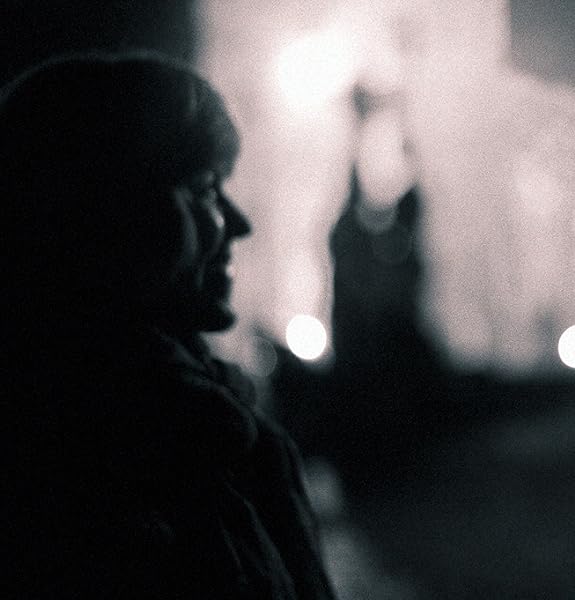 First published to wide acclaim in Russia in 1996, the intriguing first Labyrinths of Echo novel introduces readers to protagonist, narrator and pseudonymous author Max Frei. Max, a self-described classic loser, stays up all night and sleeps during the day. His erratic sleeping habits turn out to be a blessing when a dream brings him to Echo, an otherworldly city inhabited by magicians, where he is named the Nocturnal Representative of the Most Venerable Head of the Minor Secret Investigative Force. After training to shed his terrestrial habits, Max's investigative intuition quickly makes him one of the city's most revered—and feared—men, and soon he's taking on midget murderers and rescuing bewitched sea captains. Gannon's translation preserves the book's quintessentially Russian wit and makes it easily accessible to English-speaking fantasy mystery fans. (Apr.)
Copyright © Reed Business Information, a division of Reed Elsevier Inc. All rights reserved.

"The whole effect is like a collaboration between Raymond Chandler and Gilbert and Sullivan-cheerfully noirish and disturbingly satirical." - Library Journal

"I've never looked forward to the publication of a book more than I did Max Frei's The Stranger...a fantastic book."-January Magazine

"The Stranger is a hugely enjoyable mix of madcap mirth and fantastical adventure." -California Literary Review

Max Frei is the author of the internationally bestselling Labyrinths of Echo series, of which over two million copies have been sold in Russia alone, as well as books on literature and art. He lives in Lithuania.
Read more

Start reading The Stranger (The Labyrinths of Echo Book 1) on your Kindle in under a minute.

3.8 out of 5 stars
3.8 out of 5
32 global ratings
How are ratings calculated?
To calculate the overall star rating and percentage breakdown by star, we don’t use a simple average. Instead, our system considers things like how recent a review is and if the reviewer bought the item on Amazon. It also analyzes reviews to verify trustworthiness.
Top reviews

W.A.R.
1.0 out of 5 stars Great novel, poor translation
Reviewed in the United States on April 16, 2013
Verified Purchase
I truly enjoyed this novel a decade ago and in Russian, so I was very excited when I saw the English version available here on Amazon. I couldn't wait to share this comedic fantasy with a Russian flair with my English-speaking friends. I'm very glad that I decided to read it first and saved myself the embarrassment of wasting my friends' time with this unfortunate translation. It's clumsy and boring, the characters are recognizable only through their names and the jokes are flat. On top of that the translator took too many liberties with the text and none of it for the better.

Just to be fair, I went back and reread the Russian version, perspectives do change with time... and I found the original novel to be lively, fun and entertaining just as I remembered it. So, I'm still looking for a good English translation.

Ddraig64
4.0 out of 5 stars A great translation.
Reviewed in the United States on December 8, 2013
Verified Purchase
Difficult to read, but very interesting. I need to buy another copy as I left mine in the States when I moved!!!
Read more
3 people found this helpful
Helpful
Report abuse

The Alternative
4.0 out of 5 stars The Stranger (The Labyrinths of Echo) by Max Frei
Reviewed in the United States on September 5, 2009
"The Stranger," the first book in "The Labyrinths of Echo" series, is comprised of numerous who-dun-it mysteries that are set in a magical new dimension. When Max, the protagonist, leaves his own dimension into Echo he finds himself befriended by a strange Magician named Sir Juffin Hulley, The Most Venerable Head of the Minor Secret Investigative Force. The two men strike up a close friendship after Max is discovered to have magical skills himself. Russian novelist Frei knows how to tell a good story. Every chapter in the book is a new mystery with dark magic running throughout each. From a demon inhabited mirror, to a Grand Magician who is attempting to beat death by murdering innocents, to the creation of a New World (alternative city) by a `good' magician, each story is well told and told well.

"The Stranger" is reminiscent of Susanna Clarke's "Jonathan Strange and Mr. Norrell" and Jasper Fforde's "Thursday Next" stories but with much more action, "The Stranger" is set in a magical Victorian dream world accessible only via an enchanted trolley. Frei has developed well-rounded, believable characters and places but his real strength is his dialogue and the developing friendships of the characters. I always find it compelling when a new author tells a good story set in an alternative world. Especially when done from a unique and creative angle. This is one of those tales.

Engaging and entertaining this book receives 4 1/2 out of 5 stars.

From the book flap:
Max Frei's novels have been a literary sensation in Russia since their debut in 1996, and have swept the fantasy world over. Presented here in English for the first time, The Stranger will strike a chord with readers of all stripes. Part fantasy, part horror, part philosophy, part dark comedy, the writing is united by a sharp wit and a web of clues that will open up the imagination of every reader.Max Frei was a twenty-something loser-a big sleeper (that is, during the day; at night he can't sleep a wink), a hardened smoker, and an uncomplicated glutton and loafer. But then he got lucky. He contacts a parallel world in his dreams, where magic is a daily practice. Once a social outcast, he's now known in his new world as the "unequalled Sir Max." He's a member of the Department of Absolute Order, formed by a species of enchanted secret agents; his job is to solve cases more extravagant and unreal than one could imagine-a journey that will take Max down the winding paths of this strange and unhinged universe.

Note: Max Frei (Russian: Ìàêñ Ôðàé) is the fictional narrator of ten Russian fantasy novels which make up the "The Labyrinths of Echo" series ("Ëàáèðèíòû Eõî"), as well as several other novels. He is also presented as the author of these and other works, although in an additional twist of fantasy, it has been revealed that Max Frei is actually a pen name of Svetlana Martynchik and Igor Stepin the true creators of this literary icon.

Kieran Mullen
4.0 out of 5 stars An odd but interesting book
Reviewed in the United States on June 11, 2009
"The Stranger" is an odd work of fantasy which I found intriguing despite a number of flaws.

It's hard to decide where to place this book within the fantasy genre. For example, much of it seems foolishly silly, with characters named "Sir Boboota Box" and "Sir Lonli-Lokli." The fantastic world in which it takes place is similarly light spirited: there are apparently no violent murders, people routinely have enormous houses with a dozen bath tubs, cats are enormous but somehow docile as sheep and not predators, and everyone obsesses about their next meal. In contrast to this there are gruesome murders, foul cannibals, and power-mad killer magicians. There is no attempt to explain the internal logic of the world - what is possible and what is not. This is especially frustrating since the plot revolves around crimes but there is no framework in the traditional sense for the reader to appreciate the crime or its solution.

The hero has more than a touch of "Mary-Sue": he is a plain sort who wanders into a world where he is an immediate success, can do magic without training or effort, and instantly rises to a position of power. In fact there is precious little that the hero desires that he does not obtain.

On the positive side, the book is inventive and entertaining. The hero is light-hearted and unpretentious. The book has a different flavor and balance which I think stems from cultural differences. (The book's constant focus on work-place relationships reminds me of the Daywatch series, also by a Russian author). And there is a hint that there is a fundamental reason for the hero's unreasonable success...

Thus, while I would not rate this book as a "must read," it is well-written and off-beat enough to be worthy of consideration.
Read more
5 people found this helpful
Helpful
Report abuse

Katy
5.0 out of 5 stars Charming
Reviewed in the United States on December 12, 2018
Frei has been a favorite of thousands for the last twenty years for many good reasons. His lighthearted whimsical storytelling has much more to offer than is apparent at first sight.
Read more
2 people found this helpful
Helpful
Report abuse
See all reviews

bakersdaughter
4.0 out of 5 stars Through a Glass, Darkly
Reviewed in Canada on March 16, 2013
Verified Purchase
This novel puzzles me: it's a cult hit in Europe and seems not to be known much in North America. When I first began it I was disappointed but somehow kept coming back to it. Gradually I warmed to Sir Max and his eccentric group of colleagues. Occasionally I laughed. And then it started to hit me--I suspect the humour and wit of this novel is obscured by the translation. I read German and intend to read the next one in German. Wish I could read it in Russian! I think for fantasy-lovers it's definitely worth a try, there's something about it which is addictive.
Read more
One person found this helpful
Report abuse

miell
4.0 out of 5 stars Translation matters!
Reviewed in Canada on June 29, 2012
Verified Purchase
As much as I like the Max Frei stories, this exact translation by P. Gagnon tends to make me angry from time to time: mistranslated words (e.g. turban instead of kerchief) and doubled verbs (e.g. "asked Juffin asked"), and other things that I haven't yet noticed. I knew I should've bought other translator's version...
Read more
Report abuse
See all reviews