Skip to main content
Stranger To My Self and millions of other books are available for Amazon Kindle. Learn more
Share <Embed> 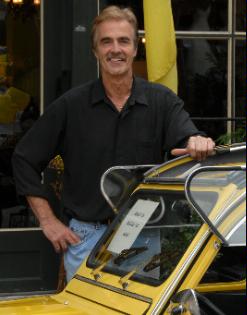 Stranger To My Self: Inside Depersonalization: The Hidden Epidemic Paperback – January 21, 2011

Start reading Stranger To My Self on your Kindle in under a minute.

Amazon Customer
2.0 out of 5 stars Made me feel worse...
Reviewed in the United States on August 28, 2018
Verified Purchase
While I do agree that the information is very well written and informative, I really did not enjoy this book at all as a person who suffers from DPD. Although of course it explained the disorder more clearly than anyone has ever done, it gave me more anxiety than ever because the endless examples of all the people suffering from the disorder actually implanted more ideas into my head that I had never even thought about--which really made me feel that I cannot ever overcome this disorder. It did not offer any comfort whatsoever. This is just my personal experience and maybe going into deep detail can help some people but for me, by the end, it really gave me no hope and made me feel worse.
Read more
15 people found this helpful
Helpful
Report abuse

Maria McManus
5.0 out of 5 stars Helped us when we were terrified
Reviewed in the United States on August 20, 2013
Verified Purchase
I read this book a couple of years ago when my son, at age 13, had a terrifying episode of depersonalization. He never got an official diagnosis. The professionals we spoke to were reticent to label it depersonalization. But the experience he describe completely matched the wikipedia description, and it was very hard to see him in such pain. I got this book because the online forums were freaking me out, everyone on it seemed a little drug addled, but this author was recommended so I gave it a shot.

But the thing that helped the most was when I read to him the account of the young woman who went through ACT therapy. I think that when he heard the story of someone learning to accept it and live with it, and than in doing so, it the severity lessened, he began to be less panicked about what was happening to him.

He saw a therapist a couple of times, and took the whole acceptance thing to heart. After a short while, after enduring some real psychic pain, it occured less and less. A couple years later, every now and then, he'll say, "I'm feeling a little DP," but he goes on with his life, has friends, has fun.

The upside of this for me is, with him knowing his brain is rather precarious, he'll never do drugs.

This book really helped us at a time when we were terrified. I hope other people get the same kind of relief that we did from it.

Philip Fehrle
5.0 out of 5 stars READ THIS BOOK!
Reviewed in the United States on June 6, 2020
Verified Purchase
If you or anyone you know is suffering from a sense of "loss of self" or meaninglessness, this book is a must read. Do not read this book to find a solution. Read this book to get a better understanding of the size and scope of the world of Depersonalization Disorder (DPD). Read this book to understand that there are a lot of people out there who suffer from this awful condition and that many of them (as well as many members of the medical profession) are at a loss as to what to do about it. Because the author himself suffered from DPD, he comes at the subject with authentic insight and understanding that would not be possible from someone who had not taken the journey. His book should serve as a solid jumping off point for anyone who is dealing with DPD personally (or on behalf of someone else). Highly recommended.
Read more
2 people found this helpful
Helpful
Report abuse

Amazon Customer
5.0 out of 5 stars It's like Jeff is a true Medical Doctor who understands this ...
Reviewed in the United States on May 31, 2017
Verified Purchase
This book is a must have for anyone who has a moment of depersonalization or a decade of it. It has put everything I could never fully put together into words for me. It's like Jeff is a true Medical Doctor who understands this inside and out. It addresses the obsessing over the self, the detaching, the isolation from feelings. It also touches on many commonalities that you will learn mostly everyone with this disorder feels and how it is brought on. Jeff offers advice on treatments, how it comes out, the common triggers- he is a genius to DPD. This book is priceless and I wouldn't be surprised if he someday cracks the code to the true root of this disorder!
Read more
10 people found this helpful
Helpful
Report abuse

Dale
5.0 out of 5 stars More than a self help book. It gives hopr
Reviewed in the United States on September 23, 2019
Verified Purchase
Anyone who has experienced depersonalization and been frightened by what it means or what it can do to your life needs to read this book. Explanations are clear and remove any fears you have about losing control
Read more
One person found this helpful
Helpful
Report abuse

Sam
5.0 out of 5 stars Awesome
Reviewed in the United States on August 17, 2019
Verified Purchase
Book looks great from what I have skimmed so far, will update when I read the book
Read more
Helpful
Report abuse

David Sadberry
5.0 out of 5 stars best book for sufferers of dpd
Reviewed in the United States on December 11, 2014
Verified Purchase
This book is very well written, emotional, and packed full of the most relative information for sufferers of dpd. This book truly put me on the path to recovery of something that, if light hadn't been shed on I may have walked in darkness for years. I cannot thank the author enough for struggling, surviving, and sharing.
Read more
9 people found this helpful
Helpful
Report abuse

Mercy Grace Owen
5.0 out of 5 stars Well written, professional book on a rare topic.
Reviewed in the United States on December 10, 2013
Verified Purchase
Very enlightening to anyone with these strange experiences. I saw a lot of myself in here, which is therapeutic in and of itself, because these are very strange and rare conditions that few people understand. I would recommend giving it to a loved one to read if you have one of these conditions (depersonalization OR derealization).
Read more
5 people found this helpful
Helpful
Report abuse
See all reviews

Mitch
5.0 out of 5 stars The most understanding words you'll ever read are within the pages of this book.
Reviewed in the United Kingdom on September 5, 2017
Verified Purchase
I have suffered from depersonalization/derealization since November 2016. The pages in this book offer more understanding, that you're not alone, than any other. Every book I've read about DP/DR prior to this one, is just from a professional perspective. A one size fits all approach.

I believe that only the people who have experienced this hell, can be in the best position to explain it to others. Or else it's like writing a diary about being on the front line of a war, but you were really in the comfort of an office, taking notes of others bad experiences.

Jeff is an excellent writer, he is clearly passionate about bringing more awareness to this disorder, and rightfully so.

It may not be the answer to cure ourselves, but it's a safe place to turn when nobody understands. Its a comforting warmth within this icy cold world of numbness. And its like a preview of this dream state life we live. No words can explain accurately enough, how depersonalization feels. But this book is the closest we will ever get.
Read more
3 people found this helpful
Report abuse

Margaret
5.0 out of 5 stars Finally a diagnosis
Reviewed in the United Kingdom on January 6, 2014
Verified Purchase
I bought this book as a follow on from a book previously purchased on the same subject; namely Feeling Unreal: Deparsonalization and the Loss of Self and I have to say this comes out on top. Having been written by someone who actually has the condition; rather than a clinician point of view, this book personally offers me more of an insight into a condition that I too have suffered from for most of my life but having been brushed off for years by so called professionals, I am now at a point in my life where I feel I need a correct diagnosis. This book provides me with that and I am going through highlighting sections where I can say I have that, I feel like that. For sufferers of this condition, it gives a true reflection, I feel of the symptoms and I am grateful for that. I am disappointed, as others probably are that there are so few books dedicated to this debilitating condition. Please give the book it's true worth. I will be taking it to my first session in a couple of weeks. To the author - thank you, you have put on a light for me that I have hidden for over 40 years; at last I feel I am no longer alone with this crippling condition.
Read more
10 people found this helpful
Report abuse

Tom
5.0 out of 5 stars Do yourself,your family,and your friends a favour,and buy this book. Right now.
Reviewed in the United Kingdom on September 5, 2017
Verified Purchase
5 stars! What a read. And what a relief.

I have been hosting depersonalisation since March the 20th of this year (the date of my birthday,too. Sucks!) , and how fortunate I was to stumble across this Bible in the early days of my war against this condition (Alas,I didn't discover it early enough). It's not just a book,it's an education,and it helps enormously if one is wielding that education throughout this thoroughly disturbing depersonalisation journey.

How will this book help you? I stress the words *relief* and *education*. Reading this book will give you relief,and it will be an education.
Read more
2 people found this helpful
Report abuse

Karen N.
5.0 out of 5 stars Wonderful book
Reviewed in the United Kingdom on July 24, 2016
Verified Purchase
Terrific book...it had to be written by someone who suffers from this...no-one else, including highly-trained medical professionals, seems to "get" it
Read more
2 people found this helpful
Report abuse