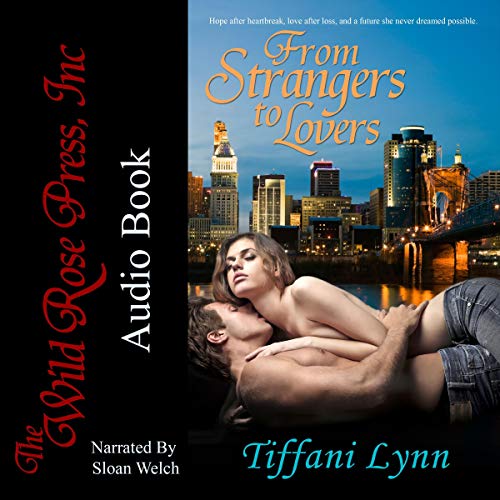 From Strangers to Lovers: Betrayal to Bliss, Book 2

Jill Pierce's life has never been easy. Then, she discovers the father of her newborn daughter is not only married but dead. Jill’s not sure how she and her baby will survive until his parents make her an offer she can’t refuse - relocate to Cincinnati so they can help her. When Johnny, the baby’s sexy-as-sin paternal uncle arrives to help her move, Jill knows her life could quickly become the perfect talk-show episode.

When Johnny Browning is forced to move his dead brother’s mistress home, he’s floored by an instant attraction to the sassy, young cocktail waitress. Unfortunately, denying his desire proves impossible, and after a month of frustration, denial gives way to a confession that he wants more than friendship. Despite his sincere interest, Jill is determined not to get involved with him. His only hope is to convince her he’s nothing like his brother. His plan is simple - show her love like she’s never known before.

Johnny’s intentions are clear while Jill is determined to make better life choices. But if she’s not careful, he just might make the choice for her and build a life with someone else.

Penny L
5.0 out of 5 stars A fantastic must read!!!
Reviewed in the United States 🇺🇸 on March 10, 2017
Verified Purchase
First, I just want to say that this book deserves way more than five stars. This book is well written and the characters are well developed. By the time you finish this book, you will want to be a part of the Browning family. Jill has had a rough life and when she finds out her baby daddy is married and dead to boot, she passes out. She had no ideal Matt was a married, cheating liar. Luckily for her, Lisa lets the Browning's know about Jill and her baby Mariah. After Jill relocates to Cincinnati, she fights her attraction to Johnny. Does she succeed? I won't leave any spoilers, but I will say there are many twists in this book. This book will make you cry at times and at times I wanted to punch a few people. You will not be disappointed by this fabulous read. I highly recommend this book to everyone!! One-click your copy today and fall in love with the Browning family and sweet, adorable Mariah.
Read more
Helpful
Report abuse

margaret dessauer
5.0 out of 5 stars Fantastic read
Reviewed in the United States 🇺🇸 on June 30, 2017
Verified Purchase
Great read, held my interest. Could not put it down. The author appears to put her whole heart into the story it feels like you are living it yourself.
Read more
Helpful
Report abuse

Yvonne T. Cruz
4.0 out of 5 stars An engaging story
Reviewed in the United States 🇺🇸 on September 13, 2019
This is quite a complex story about Jill Pierce, a young woman whose childhood was filled with verbal abuse and sadness.
Now on her own, she has been involved with Matt Browning, the man she’s been having a relationship for almost a year. When she tells him that she’s pregnant he gets furious, wants her to have an abortion and disappears from her life.
Already struggling , she’s determined to take care of her baby and let the father know about the child. Imagine her surprise when Jill discovers not only that he was married, but also is now dead.
Though shocked , the Browning give her a hand and in doing so, one of Matt’s brothers, Johnny, starts to have feelings for Jill. But as things get complicated, will they find happiness together, or will the past and intervening individuals hinder their HEA?
It’s a story with a complex plot, with well developed characters. It’s also a story about family. How for some, their childhood is full of sorrow and while for others, it’s one filled is love and forgiveness.
I would like to add that the narrator did a good job of differentiating the voices throughout the audio rendition.
Read more
Helpful
Report abuse

PD
4.0 out of 5 stars Strangers to Lovers
Reviewed in the United States 🇺🇸 on October 4, 2020
Jill has been dealt a rough hand in life.
She thought she had finally found happiness with Matt. However, she soon finds out that he is a truly horrible person. After Matt's death, his family has Jill move closer to them so that they can get to know Matt's child. The book explores the very complicated relationships between Jill and each member of matt's family. I started this book when I couldn't sleep, and ended up staying up all night to keep reading. Jill was a great character to root for.
Read more
Helpful
Report abuse

JZ
4.0 out of 5 stars Great story.. One of my favorites
Reviewed in the United States 🇺🇸 on March 26, 2017
Wasn't sure how this one was going to go

Jill finds out she is pregnant and then finds out the father is not only married but has died. Her life has been hectic and she just wants to do what is best for the baby. Baby Daddy family steps in to help and Jill finds herself falling for one of his brothers. The turmoil written is spot on and the craziness that ensues I sure didn't see coming. Can this really work, will Jill finally have someone who truly loves her?

One of my favorite reads so far.
Read more
Helpful
Report abuse

Camygo
5.0 out of 5 stars Great Read. Unique Plot.
Reviewed in the United States 🇺🇸 on July 9, 2020
I received a free copy of From Strangers to Lovers in exchange for an honest review. This was one of of those stories that sucked me in right from the start. It was a quick and easy read with a unique plot. Jill really had to grow up fast when Matt, her baby's dad disappeared after finding out she was pregnant.

Matt's family was amazing. They all stepped in to make sure Jill and her baby were taken care of, and the transition into Johnny and Jill's developing relationship was tastefully written.

Overall, this was a great book that I would recommend to friend's and family.
Read more
Helpful
Report abuse

Jill has always had a hard life, every time things look up she is knocked down. So when her life takes an unexpected turn rocking her toward a series of events that are far out of her control... someone is looking out for her and she gets more blessing that she could ever hope to find.

This story soothed my soul and was just plan fantastic!

Finished the Audible with 24 Hours.... this says a lot as I usually take days to finish.

The Audio seem a little in and out but the overall performance of the story was good... not enough to bother me.
Read more
Helpful
Report abuse
See all reviews