You've subscribed to An Obituary Society Novel! We will preorder your items within 24 hours of when they become available. When new books are released, we'll charge your default payment method for the lowest price available during the pre-order period.
Update your device or payment method, cancel individual pre-orders or your subscription at
Your Memberships & Subscriptions
There was an error. We were unable to process your subscription due to an error. Please refresh and try again. 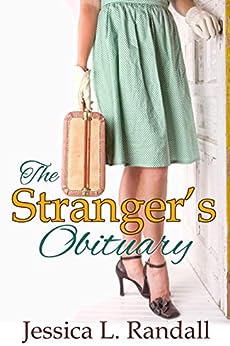 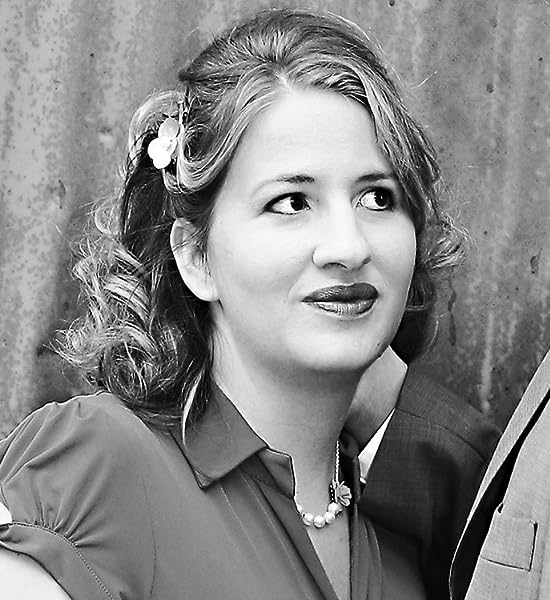 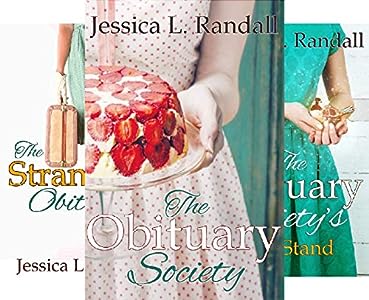 4.2 out of 5 stars
4.2 out of 5
197 global ratings
How are ratings calculated?
To calculate the overall star rating and percentage breakdown by star, we don’t use a simple average. Instead, our system considers things like how recent a review is and if the reviewer bought the item on Amazon. It also analyzes reviews to verify trustworthiness.
Top reviews

Lilly
5.0 out of 5 stars It was fun visiting Auburn again!
Reviewed in the United States on June 20, 2015
Verified Purchase
I enjoyed the idea of having fairly unrelated stories to the first Obituary Society book that took place in the same town. -With a few guest appearances to remind you where you were. This plot seemed a little more sophisticated to me as it began to unfold, and did not disappoint. It had a lot going on that came together for a truly satisfying end. I don’t want to give anything away. (It’s much too good for spoilers.) Take this one on vacation or stay-cation. You’ll be glad you did.
Read more
18 people found this helpful
Helpful
Report abuse

mara
4.0 out of 5 stars Mystery in Auburn
Reviewed in the United States on July 24, 2017
Verified Purchase
It took me a couple of chapters to really get into the story which takes place in the small town of Auburn, Nebraska. Mina Fairchild writes a travel blog but her readers don't know that she hardly ever leaves her house. Her sister, Bernadette (Bernie), who left after high school to become a movie star, is back to hide out from the press after she did some not-so-nice-things to some of her movie star boyfriend's possessions after she caught him cheating on her. The problem is--the paparazzi followed her to Auburn. Mina is afraid that one determined reporter will unearth her peculiar ability and the secrets she hides.
Charlotte has returned to Auburn to hide from the paparazzi, but she also needs to reconnect with her sister, who she hasn't spoken to in 8 years, and somehow make it up to her ex-fiance (Doug) for how she ran out on him without an explanation. Add in some strange things happening and a dead body from about 20 years ago and Mina may not be able to keep her secrets hidden much longer.
I liked how the book was mostly about the characters and there was some mystery too. It has a slight paranormal aspect involving Mina, Charlotte and their deceased mother, who also had an "ability" which was different than Mina's. Even though Mina has agoraphobia she's a strong person and won't be pushed around. I liked how Charlotte realizes at the end that she needs to find her true self. The title of the book didn't make much sense to me until more than half way through.
Jessica L. Randall is a new author to me. This is the 2nd book in a series of 3, but I understand they're separate stories with a few characters that show up in each book. This is a clean romance.

ADropofInkReviews
4.0 out of 5 stars A quick, fun mystery
Reviewed in the United States on November 28, 2015
Verified Purchase
This book starts out just like any book with a stay-at-home big sister with a movie star little sister. Mina takes it to the extreme and is agoraphobic. Her sister arriving one night threw everything into a tizzy. Bernadette is your typical starlet, thinking everything revolves around her even though she just wants to be left alone for awhile. She’s trying to cope with her boyfriend’s cheating and her own reaction to finding out. Running home seemed to be her only option. The usual players pop up. Bernadette’s old love, a rival for his affections who hates Bernadette and her sister, and that one odd paparazzi guy who wants to be more. Toss in a body and you have the makings of a book that follows a set path, one that’s been well-trod before. However, once you know the main players, the author veers off to the left and takes the reader on a crazy journey into a world where the paranormal is normal. Where the future could be held in a fresh baked cookie, and the memories of the past are carried in a melody.

Bernadette could have been a tad bit more flashy, but we find out that she’s lost herself. She had always taken on the roles that people had assigned to her and she’d never taken time to find out who she was. Having known true agoraphobics, I’d have to say Jessica Randall nailed Mina pretty good. It is amusing that Mina is a travel blogger and makes her living that way, especially since she hasn’t stepped foot out of Auburn, Nebraska since their mother moved them there years ago.

The book was well-written. I got this copy a long time ago, so I don’t know if any updates or changes have been made to it. The most disturbing thing about it was the initial formatting errors. Being in contact with authors on a regular basis, I know that formatting is not easy. However, this did not detract much from the story. I only noticed the formatting right at the very beginning. By now, it could very well be fixed. There were a few errors here and there, but not so many that it detracted from the story. All in all, it was quite well done and I enjoyed reading it. I read it in a single day, as a matter of fact. It was an easy and fun read. I also didn’t know it is technically the second in a series. It easily stands on its own, unlike many series books. I’d recommend it if you wanted something quick and fun to read.
Read more
Helpful
Report abuse
See all reviews

Kindle Customer
5.0 out of 5 stars A mother's love surmounts even death
Reviewed in the United Kingdom on January 19, 2019
Verified Purchase
Awesome. Same place but even though the minor characters are the same this is about two sisters. One is also a hermit, only taking walks in the dark, and the other is a film star. Their reunion causes events that could shatter the whole community as well as their lives. Great plot that uses the paranormal as a tool to enhance the story rather than being the story.
When she wakes up it's to the clamour of voices outside. Why? Then her eyes fall onto evidence that her sister is once again back home. She hasn't left her home town since her mother brought her here years ago and now runs a travel blog. Her sister is escaping from the clutches of a controlling, aggressive male star that feels he can do anything he likes including cheating on her. Her arrival stirs up not only the locals but also her ex-fiance and the ghost of a woman seeking her child. When bones are discovered outside the diner her former fiance owns her spirit gets free. What happens when the reclusive sister is pushed to the limits by a journalist? What happens when the Mean girl of her youth tries to stir up trouble for the diner's owner because he rejected her? Then to really mix it up what happens when the controlling male star arrives and threatens the diner and the people closest to her if she doesn't toe the line?
Read more
Report abuse
See all reviews