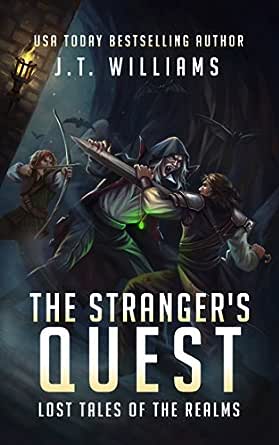 You've subscribed to Lost Tales of the Realms! We will preorder your items within 24 hours of when they become available. When new books are released, we'll charge your default payment method for the lowest price available during the pre-order period.
Update your device or payment method, cancel individual pre-orders or your subscription at
Your Memberships & Subscriptions
There was an error. We were unable to process your subscription due to an error. Please refresh and try again. 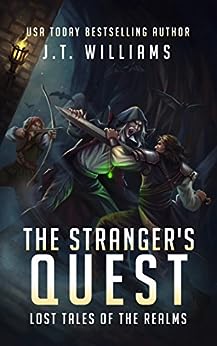 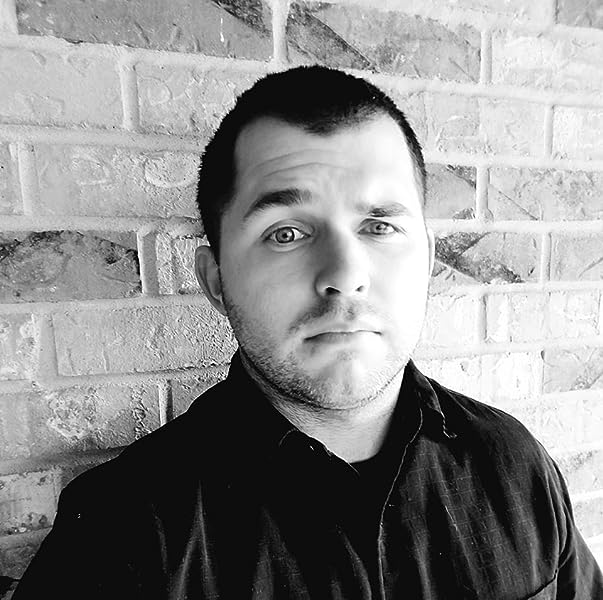 The Stranger's Quest: A Tale of the Dwemhar (Lost Tales of the Realms Book 3) Kindle Edition 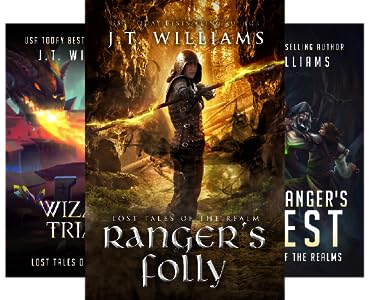 JoshC
5.0 out of 5 stars Can't get enough!
Reviewed in the United States on October 20, 2017
Verified Purchase
I absolutely love these small bite-sized stories by JT! They introduce some awesome complex characters and the storylines are always refreshing! If you haven't give his Tales of the Lost Realms a read!!!

This one follows the path of two Rangers after the war has ended. These two deal with trying to find their way in life now that the fighting is over. Without families and friends they end up at the tavern and that is where this adventure begins! What follows is a hair-raising tale befitting of JT's dark fantasy style. There are the moments that make me laugh and others that make me cringe and by the end I'm left satisfied but wanting more!

Kindle Customer (Jeff)
5.0 out of 5 stars JT keeps us wanting more with two new characters!
Reviewed in the United States on October 10, 2017
Verified Purchase
As a reader of JT's works I think the "stranger's quest" and new characters adds to an already exciting world he's creating and as I finished this book I'm already looking forward to the next!
Read more
One person found this helpful
Helpful
Comment Report abuse

Sandy Curtis
5.0 out of 5 stars High adventure! Truly enjoyable
Reviewed in the United States on April 26, 2019
Verified Purchase
I love a condensed book! High adventure without the need to fill space with the mundane. Keep these coming. They are much appreciated and enjoyed
Read more
Helpful
Comment Report abuse

Lord Froylan's fan
4.0 out of 5 stars Where are my elf vampires?
Reviewed in the United States on March 24, 2019
This is the second JT Williams book I have read, and it seems like this is a sort of standalone novella set in the same universe as his insanely popular Half-Elf series.

The book starts off with a familiar epic fantasy trope: two rangers that were hired swordsmen by an unmentioned king are drinking their woes away after they won a difficult war against the elves. And what was their prize after risking their lives, seeing their friends perish, protect human villages and successfully defeat the enemy? An unwarranted dishonorable discharge, presumably because the king felt threatened by a potential revolt from their kind because he can't fully control them.

And so our two heroes Bradac and Ancor (I might have mispelled the names) are jobless, weary, and accruing a hefty tab after spending the past few weeks drinking nonstop. And well, as kind as the tavern manager is, he has to pay taxes, and his two loyal clients owe him 200 gold coins. Luckily for the two rangers, a strange elderly man wearing a hood has given them an offer that seems too good to be true: visit an abandoned hillside with an ominous name and retrieve an unspecified package that was left behind. The old man casually never tells them what the object was, how likely they could be killed during the quest, or the reason why the old man is trusting them of all people with this specific mission without even bothering to reveal his name.

Pinned to a wall when the tavern owner hears the mentioning that they now have a job that they didn't precisely accept yet, they tread off without a horse or suitable weapons and start to discover something very dangerous lurks in that area...

Now, I didn't care too much about the other book I have read from this author, but I have to admit that this tale was very fun and easygoing. It's kind of like a Hollywood action flick starring The Rock where the good guys fight a coven of vampires. Is the writing good? The author repeats words a lot and seems to forget some grammar rules such as typing "an hermit" instead of "a hermit". Some readers might grumble that female characters are pretty much left as NPC cannon fodder. But while the book reads a bit too much like the plot of a videogame and the ending felt very rushed (I wished we had more insight about the things the elf herbalist Aluk did), I did have a lot of fun reading it. The only thing I felt was missing from the story was the lack of elf vampires. The book promised me elf vampires and left us hanging.
Read more
Helpful
Comment Report abuse

debbie
5.0 out of 5 stars A fab & addictive read
Reviewed in the United States on November 10, 2017
This world that the author has created is fantastical & addictive to read! Well written I really enjoy the short reads & this one is no exception! Filled with fab characters this short quick story will Take you on a journey with action & yep a bit of gore & blood but you will not be able to put it down & once finished will definitely want the next book!
Read more
Helpful
Comment Report abuse

david allen adinolfi
5.0 out of 5 stars The strangers quest
Reviewed in the United States on September 15, 2018
Please continue down this path. It was a good read for being as short as it was. The rangers are a good topic.
Read more
One person found this helpful
Helpful
Comment Report abuse

Kindle Customer
5.0 out of 5 stars Love the spun offs!
Reviewed in the United States on October 5, 2018
By all means continue writing these side stories. They are fun to read besides providing more info on the characters without using time and space in the novels.
Read more
Helpful
Comment Report abuse

Amazon Customer
4.0 out of 5 stars Love the side books
Reviewed in the United States on August 25, 2018
Love reading about the beginnings of characters the ones we love and ones we don’t know yet please write more about all of them
Read more
Helpful
Comment Report abuse
See all reviews from the United States