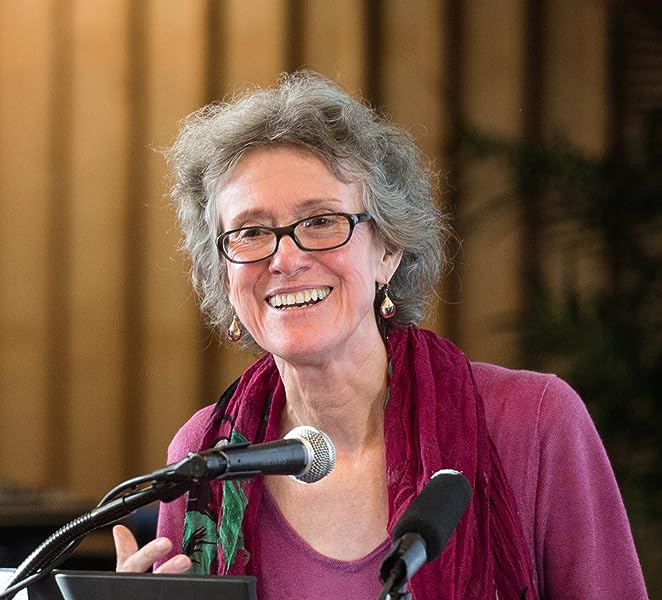 Strangers in Their Own Land: Anger and Mourning on the American Right Paperback – February 20, 2018

Strangers in Their Own Land

Praise for Strangers in Their Own Land:

A NEWSDAY TOP 10 BOOK OF THE YEAR

"[Hochschild’s] analysis is overdue at a time when questions of policy and legislation and even fact have all but vanished from the public discourse."
—Nathaniel Rich, The New York Review of Books

"Hochschild moves beyond the truism that less affluent voters who support small government and tax cuts are voting against their own economic interest."
—O Magazine

"By far the best book by an outsider to the Tea Party I have ever encountered . . . a wonderful contribution to the national discourse.
—Forbes

"An entry pass to an alternative worldview, and with it a route map towards empathy."
—The Economist

"Remarkable. . . . Hochschild gives a rich and vivid picture of the emotional and social life . . . in the American South."
—Sean McCann, The Los Angeles Review of Books

"Hochschild comes to know people—and her own nation—better than they know themselves"
—Heather Mallick, The Toronto Star

"Up close there is a depth to the concerns of Hochschild's subjects . . . They are concerned about pollution, and about the social decay that we see most vividly in the opioid epidemic. They are aware . . . of facts on the ground."
—Benjamin Wallace-Wells, The New Yorker

"Strangers in Their Own Land is extraordinary for its consistent empathy and the attention it pays to the emotional terrain of politics. It is billed as a book for this moment, but it will endure."
—Gabriel Thompson, Newsday

[Hochschild's] connection and kindness to the people she meets is what makes this book so powerful.
—Marion Winik, Minneapolis Star Tribune

"Hochschild is fascinated by how people make sense of their lives . . . [She] conveys that she genuinely likes the people she meets, communicating their dignity and values . . . . These attentive, detailed portraits . . . reveal a gulf between Hochschild's Strangers in Their Own Land and a new elite."
—Jedediah Purdy, The New Republic

"The importance of emotion in politics, not just facts and figures, [Hochschild] writes convincingly, is critical to understand...a point politicians of all stripes would be smart to remember."
—Felice Belman, The Boston Globe

"Hochschild has gone about her investigation diligently and with an appealing humility."
—Karen Olsson, Bookforum

"An important contribution to the understanding of our times... Strangers in Their Own Land describes in vivid detail a world that is often ignored or caricatured by the media and by many liberals."
—The Nation

"[Hochschild's] deeply humble approach is refreshing and strengthens her research . . . . She skillfully invites liberal readers into the lives of Americans whose views they may have never seriously considered. After evaluating her conclusions and meeting her informants in these pages, it's hard to disagree that empathy is the best solution to stymied political and social discourse."
—Publishers Weekly

"If the great political question of our time can be summarized in the two words, 'Donald Trump,' the answer is to be found in Arlie Russell Hochschild's brilliant new book, Strangers in Their Own Land: Anger and Mourning on the American Right. Hochschild, an eminent sociologist with a novelist's storytelling skill, has crafted an absorbing tale full of richly drawn, complicated characters who come bearing their own fascinating histories. Together, in Hochschild's authoritative hands, they offer a compelling and lucid portrait of what had seemed a bewildering political moment. A powerful, imaginative, necessary book, arriving not a moment too soon."
—Mark Danner, author of Spiral: Trapped in the Forever War

"Arlie Hochschild journeys into a far different world than her liberal academic enclave of Berkeley, into the heartland of the nation's political right, in order to understand how the conservative white working class sees America. With compassion and empathy, she discovers the narrative that gives meaning and expression to their lives–and which explains their political convictions, along with much else. Anyone who wants to understand modern America should read this captivating book."
—Robert B. Reich, Chancellor's Professor of Public Policy, University of California, Berkeley

"The celebrated sociologist Arlie Hochschild left Berkeley and went far outside her comfort zone to live among and report on Tea Party members in Louisiana over five years. With the clear-headed empathy she is famous for, she explored the central paradox of these political activists in the heart of 'cancer alley': they understand that the chemical and oil companies have destroyed their environment and sometimes their lives, but they remain ardent defenders of free market capitalism. Hochschild spent many hours—at church services, picnics and kitchen tables—probing the ways they struggle to reconcile their conflicting interests and loyalties. There could not be a more important topic in current American politics, nor a better person to dissect it. Every page—every story and individual—is fascinating, and the emerging analysis is revelatory."
—Barbara Ehrenreich

"In her attempt to climb over the 'empathy wall' and truly understand the emotional lives of her political adversaries, Arlie Hochschild gives us a vital roadmap to bridging the deep divides in our political landscape and renewing the promise of American democracy. A must-read for any political American who isn't ready to give up just yet."
—Joan Blades, co-founder of LivingRoomConversations.org, MomsRising.org, and MoveOn.org

"Arlie Russell Hochschild's work has never been more timely or more necessary, from the resurgence of interest in emotional labor to this deep, empathetic dive into the heart of the Right. Strangers in Their Own Land does what few dare to do—it takes seriously the role of feelings in politics."
—Sarah Jaffe, author of Necessary Trouble: Americans in Revolt

Arlie Russell Hochschild is one of the most influential sociologists of her generation. She is the author of nine books, including The Second Shift, The Time Bind, The Managed Heart, and The Outsourced Self. Three of her books have been named as New York Times Notable Books of the Year and her work appears in sixteen languages. The winner of the Ulysses Medal as well as Guggenheim and Mellon grants, she lives in Berkeley, California.