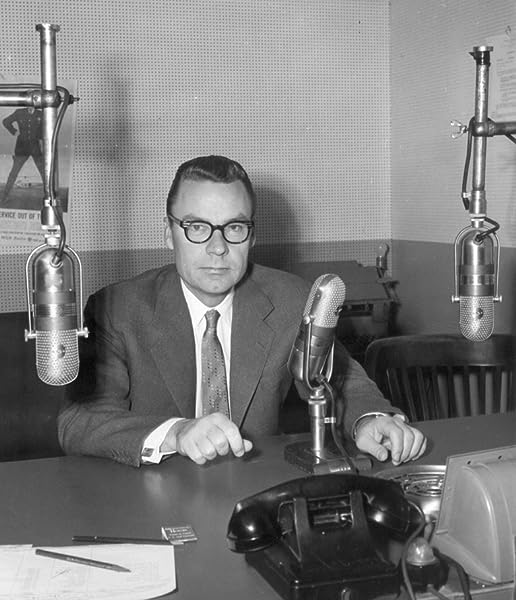 by Earl Nightingale (Author)
4.7 out of 5 stars 3,334 ratings
See all formats and editions
Sorry, there was a problem loading this page. Try again.

An unabridged edition to include the text from both the audio and subsequent video version of Earl Nightingale's 'The Strangest Secret,' considered one of the greatest motivational works ever compiled -
Read more
Previous page
Next page

Earl Nightingale’s life began simply. He grew up in Long Beach, California. His parents had little money, and his father disappeared when he was 12. But even as a boy, Earl was always asking questions, always reading in his local public library, trying to understand the way life works.

On December 7, 1941, Earl was at Pearl Harbor … in a lookout tower on the Battleship Arizona. A thousand men died on the Arizona … Earl was one of only a hundred who survived. He was literally blown off the ship, unconscious, and another sailor pulled him to safety.

Earl said that he felt that he had been spared for some reason. After the war Earl became obsessed with why everyone in his neighborhood was poor and confused. He wondered why one person was able to create wealth and happiness for his family, while another with a similar background stayed ignorant and penniless. Answering these questions became Earl’s life work.

Earl worked in radio in Phoenix and later in Chicago. He also owned his own insurance agency.

In 1956, he was about to take a trip but wanted to leave a message for his sales force. He got up in the middle of the night inspired to write a message that he recorded the next morning. That message became one of the most important and famous motivational recordings ever made.

Kindle Customer
5.0 out of 5 stars Must read
Reviewed in the United States 🇺🇸 on February 3, 2023
Verified Purchase
please get this book and read it. It will change your life . What you think about , and see yourself as, it was of the beautiful secrets to life. Ray hepatitis
Read more
Helpful
Report abuse

Kindle Customer
5.0 out of 5 stars Incredible book
Reviewed in the United States 🇺🇸 on January 19, 2023
Verified Purchase
I love everything about this book, I would recommend this book to anyone looking to better their life. I gave this book five stars because it inspired me truly to use my super power my MIND! And that I need to take care of it. What's that saying "Your mind is a terrible thing to loose". So use it or loose it!
Read more
Helpful
Report abuse

Antonio DiMarco
5.0 out of 5 stars Small but powerful!
Reviewed in the United States 🇺🇸 on October 15, 2022
Verified Purchase
Great small easy read. Very helpful for those interested in understanding positive thinking and how it can change your life. Must read!
Read more
3 people found this helpful
Helpful
Report abuse

Erick Quimi
5.0 out of 5 stars recommended read as a new reader
Reviewed in the United States 🇺🇸 on September 26, 2022
Verified Purchase
Very insightful reading and mind opening little book that sure will let you thing about everything in your lifetime. Thank you mr nightingale.
Read more
3 people found this helpful
Helpful
Report abuse

BP
5.0 out of 5 stars This book is the best 40 pages you’ll read this year.
Reviewed in the United States 🇺🇸 on July 16, 2022
Verified Purchase
Okay folks! This book isn’t a read and put away. If you have motivation to change the trajectory of your life but looking for the final push to make a change you need this! The only better book on mindset is psycho-cybernetics. (Order that with this book)

Highly recommend it. It’s only 40 some pages but read it.

Enjoy the change that it brings!

Chaitanya
5.0 out of 5 stars Absolute inspiration
Reviewed in the United States 🇺🇸 on August 26, 2022
Verified Purchase
This book and the audio must be read and heard repeatedly, daily as often as possible. Inspiring mesaage, delivered lucidity and succinctly.
Read more
4 people found this helpful
Helpful
Report abuse
See all reviews

Micky
5.0 out of 5 stars New outlook on life at 35
Reviewed in the United Kingdom 🇬🇧 on February 18, 2021
Verified Purchase
Everyone needs to read this at least once in their lives, you realise that the powers that be are keeping us down and society is making us conform to be satisfied with an “ok” life when really we can all achieve great things! This for me kind of reignited my passion for life like I had when I was 16, I’ve set some Goals and I’m not letting anything stop me this time, don’t wake up in years to come full of regrets, and lastly.....pass this book down to your kids when they are 16!
Read more
11 people found this helpful
Report abuse

Jorge Zuazola
5.0 out of 5 stars One of the books we all must have at all times
Reviewed in the United Kingdom 🇬🇧 on December 31, 2018
Verified Purchase
Success is the progressive realization of a worthy ideal

The strangest secret is this : We become, what we think about

Shar
5.0 out of 5 stars Must read for success
Reviewed in the United Kingdom 🇬🇧 on November 2, 2022
Verified Purchase
Everyone should read this book. Set your goals and get excited. If you follow what Earl Nightingale says your life will be changed. I have set this into motion and already started to see a difference. My life is starting to change in a good way. I have recommended this book to my friends who are interested in succeeding in their life.

I’ve always wondered how the subconscious mind works this book has made it very clear. It’s a very short book but so powerful.
Read more
One person found this helpful
Report abuse

C. Everton
5.0 out of 5 stars Love it!
Reviewed in the United Kingdom 🇬🇧 on March 18, 2018
Verified Purchase
Arrived super quickly and in perfect condition. It might look like a tiny book but for me, there's a wealth of knowledge and inspiration. It's like a Tardis in book form. This is a fantastic little book that really helps and I re-read it every week along with listening to the audio on youtube. Well worth the price!
Read more
12 people found this helpful
Report abuse
See all reviews