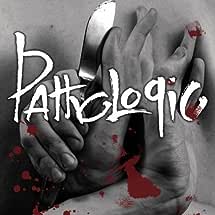 by Strategy First
Platform : Windows Vista, Windows XP
| DRM:
3.7 out of 5 stars 14 ratings
Available now.
Ships from and sold by Amazon.com Services LLC.
Note: After purchase, you can access the item in Your Games Library.
By placing your order, you agree to our Terms of Use.
This product is non-returnable and non-refundable.
Note: Currently, this item is available only to customers located in the United States.
Download size: To be determined.
Download time: To be determined.

Three outsiders have arrived in a contaminated town. Each of them must survive in this hell and play a vital role in the fate of the doomed town. You'll witness dreadful images of city agony, incessant death of the infected world, and dramatic tragedies of the doomed people. Do you have what it takes to save yourself and the town? Pathologic is a unique example of a dramatic game, which directly affects the player's state of mind! 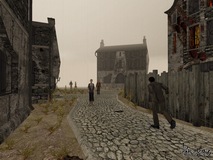 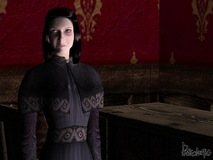 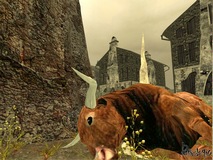 3.7 out of 5 stars
3.7 out of 5
14 customer ratings
How does Amazon calculate star ratings?
Amazon calculates a product’s star ratings based on a machine learned model instead of a raw data average. The model takes into account factors including the age of a rating, whether the ratings are from verified purchasers, and factors that establish reviewer trustworthiness.
Top Reviews

dee_jay_a
5.0 out of 5 stars Best Horror game I've played
Reviewed in the United States on October 21, 2011
Verified Purchase
With this game, judging from the reviews, you either hate it or (I hesitate to use the words "love it"), but it deeply effects you in a way you'll never forget. The ending, the real ending still astounds me. I consider this game absolute genius. The only downsides are (as have been mentioned) the translation, and the fact that it is outdated. And it really is one of those games you play three times, and generally not more (three points of view of the story). Other issues I can see are: It is easy to get lost and find certain locations in town (you'll get used to it quick if you stick with it, plus you have a map which marks most of where you need to know); and there's also the storyline, which some people find confusing. It is a deep story. Most video games can be understood and comprehend at what I consider to be a second grade reading level. They're simple, entertaining, what people generally like. I say this game is for 16+, not really for adult content (There's frightening moments, some blood and gore (though nothing like most any other horror game), a frightening environment, and some suggestive themes), but because the plot is deep, complicated and beautiful (although not pleasant). I wouldn't recommend this game to everyone, but it is one I'm sure glad I played.
Read more
8 people found this helpful
Helpful
Comment Report abuse

Greg
5.0 out of 5 stars I am obsessed with this game
Reviewed in the United States on May 16, 2011
Verified Purchase
Pathologic is a profoundly disturbing and beautiful game. I have played nothing like it and have experienced few books or movies that approach the artistic depth of it's story.

When people ask me to describe Pathologic, I'm always at a loss. There's just so much the game has going for it. Pathologic is a dark, disturbing, intelligent, and layered game. Pathologic starts as the tale of a healer desperately trying to survive a plague and save a town, but slowly becomes much more. The narrative is convoluted, complex, and metaphorical in ways that other modern video games are too afraid to be. You struggle against lying allies, criminals, supernatural forces, and even the town itself in order to save the people you value. Everyone has a motive behind what they do. Everyone is lying to you. All you can do is your best, and frequently that isn't enough.

The plague gains a body count in the thousands, and as time marches on you are force to make hard choices. Pathologic is a game that asks, What would you do to survive? Would you lie? Steal? Kill? Would you kill someone you love? Would kill a child?

I would recommend this game to anyone who loves a great story. However I would not recommended it to the faint of heart, those looking for another Call of Duty style action game, or those with limited time (the game is intended to be played through 3 times. It took me 30 hours to play through once. On my second play through I broke down and started cheating to move faster.)

Traze
5.0 out of 5 stars Hidden gem of a game.....A disturbing one that is.
Reviewed in the United States on February 20, 2011
Verified Purchase
This is easily the second best game I've ever played.(Best would have to be Ar Tonelico 2:Melody Of Metafalica.)
The atmosphere is creepy and bizarre,and the story is the most original I've ever seen.
There are moral choices,but not like the ones you'd find in Bioshock or any game by Bioware(Guys who made KOTOR and Mass Effect),no these moral choices WILL disturb you.Unlike those games mentioned,there's no "Little Sister" which you can either kill or save,and there's no random pedestrian who you can Force Choke for merely insulting you.No,these are REAL moral choices.
For instance,the second character you can choose,the Haruspex Burakh,has the ability to rip organs out from corpses.If your offended or creeped out by that,then good,your supposed to be.This game was designed to disturb you,and question morality as you attempt to survive the living nightmare that is happening in the city.

As for the gameplay,it feels like an open-world FPS/RPG/Adventure.The "FPS" part is from the fact that there are guns and two knife weapons,however you don't just "get" them aside from the usually pathetic weapon you start with,you have to work for them.Ammo is either expensive,or scarce,and I mean REALLY scarce to the point where you try to make sure each shot is a headshot.

The only thing close to "RPG statistics" however,is your hunger,immunity,health,stamina,and infection rate.
That's right,you have to feed you character,make sure they don't collapse from exhaustion/a lack of sleep,and make sure that if you get infected,the infection doesn't fully run it's course.At one point,I was seriously considering selling the revolver I found earlier so I could buy food.No other game has done that.

You do happen to a LOT of running around and talking to people.Sometimes,it gets confusing as to where to go,for instance it took me a while to realize that the "Silent House" is actually the same one as Isidor's house.Combat early on isn't that frequent but occurs more often as the days go on,while never turning into a shoot-fest aside from a certain awesome event towards the end that involves the army.

The music is moody,and the fight songs are not only catchy,but I couldn't resist headbanging to them as well.

An odd thing is....There is really only a couple tiny parts which could actually be called "fun" in Pathologic,but the whole experience of the game will keep you playing until the strange ends.(There's multiple endings.)

The combat AI isn't that bad,but it's far from perfect.When an NPC engages in combat,they "lock-in" on their target character,in other words they ignore all other opponents except that one particular target,so if a mugger is trying to stab some old lady,he won't turn around and attack you until the old lady is dead or is out of his range...Even if you shoot the mugger he'll just continue to attack her,not even noticing the fact that your shooting at him.

However,just get this game,and play it until the end at least once.The graphics may be outdated,and at some points the translation is laughable to the point where it's unintentional comic relief,but this is truly a unique game,not to mention that most modern computers can easily handle it.
After you play Pathologic,you will never forget it.

Tips:
When you visit Isidor's house for the first time only to be denied entry,go south a bit to a large area where you shall witness a strange event.Search both of the corpses,one of them has a loaded revolver for you to take.

Muggers only appear really late at night or around 12 PM to 3 AM,but their nasty knife throw will kill you instantly if you don't have at least 90% of your health.Try to wait until they begin attacking someone else,then attack them while they are distracted.

There are two kinds of infection clouds:Static ones which never move and stay in place,and mobile clouds which you have to quickly dodge after which they disappear.

Caffeine is extremely useful,two-five of them will completely fill your stamina back up,and the health lost can be entirely regained using just one healing item.

MAKE SURE you do the Day Quest for EVERY SINGLE DAY,otherwise you will instantly get the Bad Ending upon finishing the story.
When your character updates the Day Quest in his/her journal with an entry that has asterisks in it,that means you've completed the Day Quest.
Read more
23 people found this helpful
Helpful
Comment Report abuse

J. Cleary
4.0 out of 5 stars Pathologic Audio Issues
Reviewed in the United States on September 9, 2013
Verified Purchase
This is for everyone who is giving this game bad reviews because of the "Audio system failed to load" message or whatever it says. I got this message and so I Googled the exact phrase, clicked on the first or second link and had the problem resolved in probably less than three minutes. You need to install OpenAL. There. Done. Not so hard, right?
Read more
5 people found this helpful
Helpful
Comment Report abuse
See all reviews from the United States
Pages with related products. See and discover other items: video ripper software