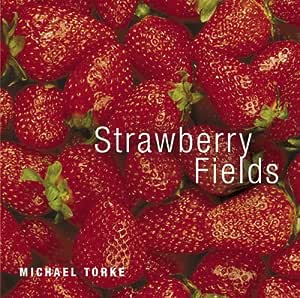 "The most variegated, mature score this listener has heard from him." -The New York Times.

"A moving work-at the opening performance, tears in the audience flowed nearly as plentiful as on a good 'Madame Butterfly' night." -New York Newsday.

3.9 out of 5 stars
3.9 out of 5
5 customer ratings
How does Amazon calculate star ratings?
Amazon calculates a product’s star ratings based on a machine learned model instead of a raw data average. The model takes into account factors including the age of a rating, whether the ratings are from verified purchasers, and factors that establish reviewer trustworthiness.
Top Reviews

Chester Biscardi
5.0 out of 5 stars The Wonders of Music and Imagination
Reviewed in the United States on April 4, 2019
Verified Purchase
I saw the New York City Opera’s first performance of Strawberry Fields in 1999, and I recently listened to it on this ravishingly gorgeous recording of a brilliant and deeply moving performance, singer-actors and orchestra alike. I came back to the work while working with a new composition student in whom I see the “Michael Torke spark” - music that is at once fresh, irrepressibly rhythmic, lyrical, spiky, deeply felt, sumptuous, and multi-layered. The libretto and the music are of one piece, and the story involving loss, love and the wonders of imagination and music is timeless. I could not help but be deeply moved, irrevocably changed.
Read more
Helpful
Comment Report abuse

JG Carillonneur
5.0 out of 5 stars Breathtaking - BUY this one!
Reviewed in the United States on December 2, 2006
Verified Purchase
Michael Torke is one of several composers whose work I have been following for nearly a decade. I own most of his recordings in my collection, though this particular recording was one of three I just acquired. Much of the time, Torke's music has a cheery, jaunty, post-minimalist character (much repetition of little figures, but it does go somewhere - I'm no fan of John Adams, Steve Reich, or Phillip Glass), and after just a few seconds, you can often identify many of his pieces as being Torke works. The two pieces on this CD, especially Strawberry Fields, are a whole different story!

Another reviewer in this string did a nice job of synopsizing the plot. The emotional impact of the music, the text, and the performances are impressive. You just can't help but love the old lady, and the kind-hearted college student! No wonder it is a tear-jerker in live performance! I would LOVE to see this staged, and hope that opportunity comes some day.

The quartet near the end is superb, and not only unique in Torke's music, but unique in general. I haven't heard anything else quite like it. When I got this CD, I found myself listening to Strawberry Fields over and over and over. It's very addictive! I would like to point out three other passages that are particular favorites with me: Early on, the lady is singing "This is the Time" (about the excitement of an opera about to begin), and in an A-prime return, the horn plays her initial melody as she sings a soaring, absolutely gorgeous counter-melody. The tender exchange between the lady and the student after she begins pretending that he is her (long-dead) husband is also wonderfully touching. Finally, an emotionally charged exchange between the lady, her daughter and son, and the student ("Oh Mother, What Now") is a lively but beautiful passage as well. The deft and lovely counterpoint throughout the work shows that besides being a very appealing composer, Michael Torke is very much a master of his craft. The orchestration is colorful and facile, again obviously the work of somebody completely at home writing for large forces. Take a chance on this one, even if you aren't necessarily a Michael Torke fan! A great treat is in store for you!

Pentecost is lovely also, though of course not as emotionally involved as "Strawberry Fields." Just wonderful stuff!!

Robert Klein
2.0 out of 5 stars STRAWBERRY FIELDS HARD ON THE EARS
Reviewed in the United States on September 4, 2014
Verified Purchase
When I saw it performed at Glimmerglass a few years ago, I was very excited by Torke's potential as a musical theater writer. I think I was wrong. Maybe my problem is that I can no longer listen to sopranos with vibrato. They hurt my ears. Maybe I'm so used to contemporary musical theater voices that operatic vices are no longer a welcome sound. Orchestrally, this piece is gorgeous. Torke doesn't know how to make an orchestra sound any other way. I would love to hear this piece performed by Audra McDonald.
Read more
Helpful
Comment Report abuse

Martin Selbrede
5.0 out of 5 stars Torke expands his vocal (and emotional) palette
Reviewed in the United States on December 5, 2005
Color me a Torke completionist: I try to acquire every recording of this fascinating composer's work. This album includes two works: the mini-opera "Strawberry Fields," and "Pentecost," Torke's setting of passages from Acts 2 (which are actually citations of the prophecy of Joel, meaning Torke still gravitates toward Old Testament texts even when he's setting a New Testament text to music).

Strawberry Fields focuses on an elderly lady who, under the influence of some form of senile dementia, believes she's at an opera house when, in fact, she's in the part of New York's Central Park where the John Lennon memorial is located. There is poignancy and humor in the situation: she receives moral support from a university student cutting class (whom she later comes to think is her late husband). Her son, and later her daughter, enter the scene intent upon transporting her to a new managed care facility: to them, she is a loose cannon that needs to be sedated and hauled off in a wheelchair to her "nice new home." The student's advocacy for the old woman gives her children some pause, blooming into a wonderful vocal quartet where the protagonists open up their hearts to themselves. (Don't recall encountering anything like this passage in Torke's recorded output -- it is singular in this regard.)

The humor is good-natured. E.g., the old lady asks a construction worker if she could borrow his "opera program." The gruff New Yorker hands her the Racing Form he was reading, advising her of his recommended pick. When she hands it back, he's curious about what it said about the "opera." She notes only that the opera definitely had a complicated plot.

A fascinating musical/emotional subtext is the references to Verdi (championed by the old lady) and John Lennon (extolled by the student). The two even sing about how the world mourned over the respective deaths of these composers, who wrote about freedom (Lennon) and liberation (Verdi). Touchingly, in a wry reversal, she concludes, "I love Lennon," while the student sings back, "I love Verdi."

I'd love to have seen this staged -- I seriously doubt a recording can do justice to the dynamics of this as a stage work.

Pentecost is both effective and affective, and it bears a strong relation to the composer's "Book of Proverbs," excepting that a soprano alone interacts with the orchestra. "Book" was longer and therefore seems more substantial than "Pentecost," but the question is, does "Pentecost" properly illuminate its Biblical text? Answer: certainly as well as "Book" evoked its selection of Proverbs. I prefer the first of the three movements for its moto perpetuo energy levels, but the second movement reminds us that Torke has penned some compelling slow movements of late, often hidden between remarkably kinetic allegro passages (see his excellent ballet, "The Contract," to see this beautifully realized in a purely orchestral setting).

The recording is warm and clear, very dynamic when necessary, and allows one to hear the individual vocal lines entwining over the purposive orchestral textures Torke summons to the fore. This becomes all-important at the end of Strawberry Fields, where it becomes clear that the old lady has actually passed away while others were bickering over her disposition: in Torke's sensitive hands, these ultimate moments become revelatory, reaching to the heart. A suffusive sense of loss is broadcast with the simplest means. If that constitutes an act of genius, one is inclined to think that Torke has touched its face here.
Read more
3 people found this helpful
Helpful
Comment Report abuse
See all reviews from the United States