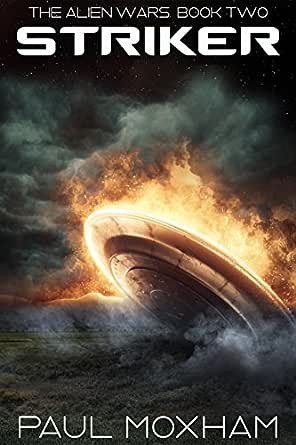 You've subscribed to The Alien Wars! We will preorder your items within 24 hours of when they become available. When new books are released, we'll charge your default payment method for the lowest price available during the pre-order period.
Update your device or payment method, cancel individual pre-orders or your subscription at
Your Memberships & Subscriptions
There was an error. We were unable to process your subscription due to an error. Please refresh and try again. 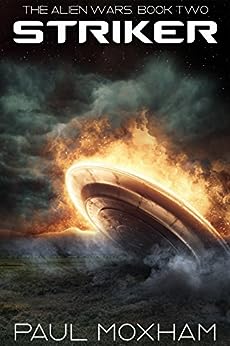 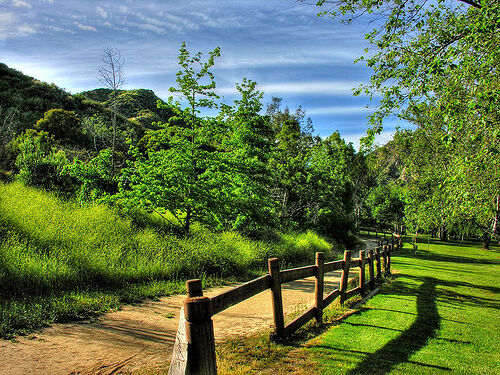 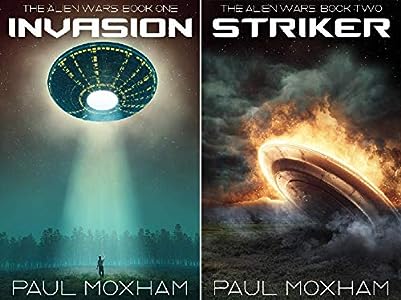 PRAISE FOR THE ALIEN WARS:

"I can't wait for the next book in this series! Great story, great writer" --- Amazon USA Reviewer

"If you like fun plot lines, and fast paced action, this is your next buy!" --- Amazon USA Reviewer

THE ALIEN WARS
This science fiction series will tug at the heartstrings of anyone who likes a thrilling adventure about everyday people trying to survive amid the horrors of a post-apocalyptic world.
~ ~ ~
Invasion
Striker

3.7 out of 5 stars
3.7 out of 5
14 global ratings
How are ratings calculated?
To calculate the overall star rating and percentage breakdown by star, we don’t use a simple average. Instead, our system considers things like how recent a review is and if the reviewer bought the item on Amazon. It also analyzes reviews to verify trustworthiness.
Top reviews

Retired Engineer
4.0 out of 5 stars A good read.
Reviewed in the United States on August 16, 2018
Verified Purchase
Interesting story line involving the invasion of the Earth by aliens who, it turns out, are not all committed to the invasion.
Read more
Helpful
Report abuse

Kindle Customer
1.0 out of 5 stars Hum drum A waste of my time.
Reviewed in the United States on August 23, 2016
Verified Purchase
Book one and two had a few interesting twist however as a sci-fi novel it did not grab me or really pull me a long. I was disappointed to be left hanging in the end. Very poorly written. The teens (never given an age) always argue then always get their way, preposterously likely. No army veteran would ever not know a weapon was unloaded when he went to fire it. The scene in Mount Shasta rescuing the military is never explained why they were captured or why when other humans are simply hunted or killed. Too many plot holes left hanging. The author's note at the end explaining that book should have been a longer series but has not due to poor books is so true of bad plots.
This story was very clean without the usual unnecessary steamy bedroom scenes.
Over all I can not recommend this at all.
A waste of my time.
Don't waste yours. :(
Read more
3 people found this helpful
Helpful
Report abuse

jim blackwood
5.0 out of 5 stars Great series
Reviewed in the United States on August 21, 2016
Verified Purchase
I enjoy this series I can't wait for the 3rd book, this is a well thought out story that deserves to be enjoyed.
Read more
One person found this helpful
Helpful
Report abuse

Michelle Pike
3.0 out of 5 stars Support the writers potential. Please read.
Reviewed in the United States on November 30, 2016
Verified Purchase
Book one drew me in and book two is answering some of the questions and adding more characters but I think book three should wrap it up. I'm a King/Koontz and Harmon fan. I'm not sure how to say it but your stories have plenty of dressing but you need more meat/filling. Need more connection to your characters as well. Some naked truth. Potential is there. Keep working at it.
Read more
2 people found this helpful
Helpful
Report abuse

Kindle Customer
5.0 out of 5 stars Love the alien wars series by Paul Moxham
Reviewed in the United States on March 31, 2017
Verified Purchase
I loved the series! It is easy to read and believe! Can't wait for book 3.!!
Read more
Helpful
Report abuse

The invasion is just the beginning... With the Seods on the brink of launching an attack that will kill millions, Logan teams up with the Hybrids, confident they can stop the aliens. However, to do so, they must infiltrate the secret base buried deep inside a dormant volcano.

Follow Logan and Co as they survive a deadly rocket attack, travel to a ghost town, are kidnapped by Seods, rescue a trapped woman, rappel down a cliff, and more! Book 2 in The Alien Wars, this science fiction novel will tug at the heartstrings of anyone who likes a thrilling adventure about everyday people trying to survive amid the horrors of a post-apocalyptic world.

What did I like? This is book two of the series and being a fan of this author I have been impressed with his writing style for quite a while. He did not let me down on this series, interesting, exciting, lots of action, a little romance and lots of aliens. I have been cheering for Logan to get back with his girlfriend after missing their wedding and they do but what they must go through and the unusual circumstances that they find themselves in is awesome.

What will you like? A fully developed storyline that will capture you in book one and won’t let go anytime during book two. Characters that keep your attention, descriptions and details that bring the book to life and you just can’t quit reading. Spectacular rescues, impressive footwork, bewitching and entertaining accounts of the action and destruction of the planet. Heroism of the boys as they try to save the world and the people of our planet especially the ones that they care about. A highly recommended read for all sci-fi readers. I received this from the author for an honest review with no compensation.
Read more
Helpful
Report abuse

Keyan
4.0 out of 5 stars NICE!
Reviewed in the United States on February 4, 2021
Nice read! Sorry I am reading this book kind of late, you said you would make a book 3 2017... but I am reading this 2021, I wonder what haappens to Logan and Hugo, how did Logan escape since his glock was empty. I really like Logan, hee must have been a good veteran in the Syria wars, I felt like Hugo knows that the Japanese Woman went down his cave. However, I give it a four star because I wasn't intrested in Kenneth and the twins. Not a lot of action happens to them.
Read more
Helpful
Report abuse

Kindle Customer
4.0 out of 5 stars Burning seeds for meal on the flight.
Reviewed in the United States on July 4, 2017
Well written, with a position to entertain a juvenile reader. I found this book to be rambling and repetitve. I still enjoyed the story until it began to slow down. Nothing changed in the story that aroused my curiosity to flame. I rated it 4 stars.
Read more
Helpful
Report abuse
See all reviews

Kindle Customer
4.0 out of 5 stars Nice suspence
Reviewed in India on May 28, 2018
Verified Purchase
I read both his stories and had a lot of fun and i'm eagerly awaiting the release of part 3. I've aldready started making assumptions about part 3 and want to read it.
To the author: you have said in the ending of the second part that your next book will be released in 2017 but its aldready 2018……
Read more
Report abuse
See all reviews