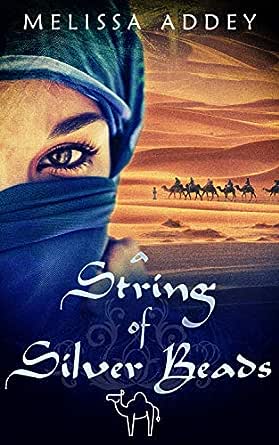 You've subscribed to The Moroccan Empire! We will preorder your items within 24 hours of when they become available. When new books are released, we'll charge your default payment method for the lowest price available during the pre-order period.
Update your device or payment method, cancel individual pre-orders or your subscription at
Your Memberships & Subscriptions
There was an error. We were unable to process your subscription due to an error. Please refresh and try again. 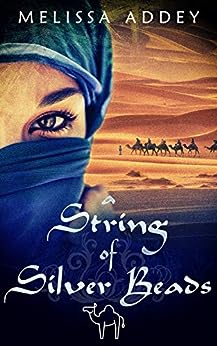 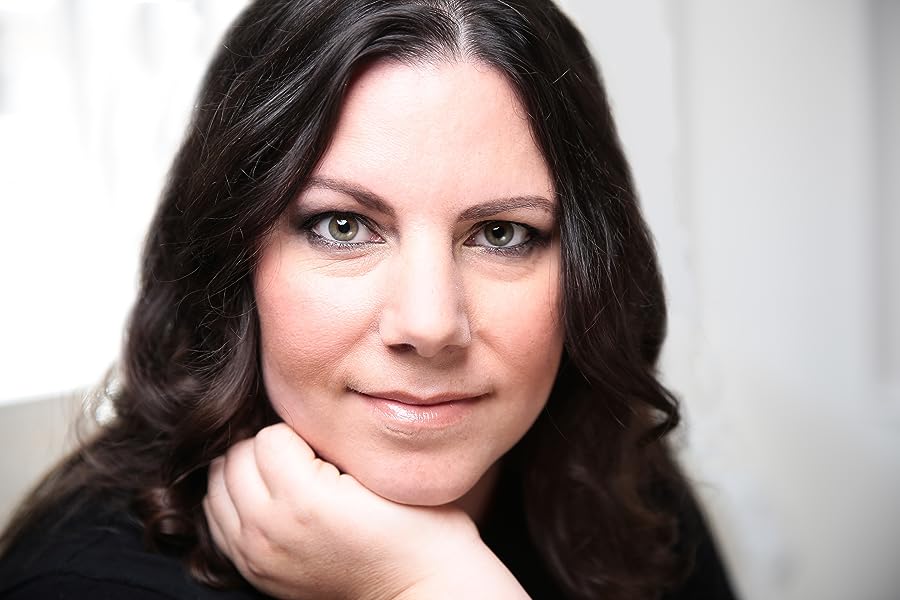 An Amazon Book with Buzz: "The Patient" by Jasper DeWitt
"The Patient is a fascinating and frightening read that comes at you like the monster under your bed." - Reed Farrel Coleman Learn more
click to open popover
Books In This Series (4 Books)
Complete Series 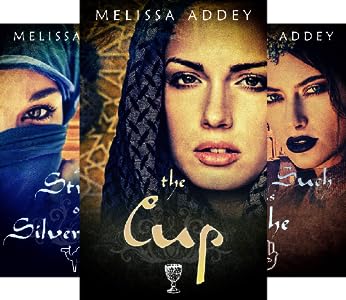 4.5 out of 5 stars
4.5 out of 5
24 customer ratings
How does Amazon calculate star ratings?
Amazon calculates a product’s star ratings based on a machine learned model instead of a raw data average. The model takes into account factors including the age of a rating, whether the ratings are from verified purchasers, and factors that establish reviewer trustworthiness.

Kindle Customer
5.0 out of 5 stars Outstanding
Reviewed in the United States on November 30, 2019
Verified Purchase
Looking towards next in series. Such wonderful heartfelt stories. Seems as though actual friends are revealed and my interest kindled marvelously.
Read more
One person found this helpful
Helpful
Comment Report abuse

Elisabeth Carey
4.0 out of 5 stars An engaging story in an unfamiliar historical setting
Reviewed in the United States on November 29, 2018
We start in the 1070s, with a woman explaining to us something of Tuareg ways, the importance of women's jewelry and what it reveals about a woman's life.

Kella is a young woman of the Tuareg, and in 1067, at the age of seventeen, she is still passing as her father's youngest son, traveling with him and her five brothers, plying her considerable skills as a trader--and winning camel races.

It's that last that trips her up. Among the Tuareg, it's men and boys, not women and girls, who go veiled. Under a man's robes, and with her face veiled, she can pass as a boy. But when, near the end of a race, her veil becomes tangled and accidentally pulled off, she is exposed as female. It's a huge embarrassment not just to the men she beat in the race, but to her father. He had already been growing uncomfortable with letting her pass for a boy; this is the last straw. She will be returned to their home camp to, finally, learn women's skills from his sister, her Aunt Tezemt.

That's why, when the Commander of a great army and his cousin and chief general visit looking for recruits for a great plan of conquest of North Africa, Kella is in women's clothes and demonstrating her now considerable feminine skills.

But she still longs for the freedom of a trader's life.

What happens from here is both unexpected and, in its own way, logical.

Kella's life unfolds with pieces of jewelry marking each transition and new stage in life. She's intelligent, resourceful, but not so ruthless as some around her. This is an important period in Muslim history and the history of North Africa, with implications, in later books in the series, for the future of Spain, as well. The author has kept to the history that we do know, but there are large areas left undocumented, leaving plenty of room for this story.
The two men who attract her interest are each in their own way both attractive and mostly good, yet not without flaws. The same is true of Kella herself, her family, and her friends.

It's an interesting story about a period of history that isn't familiar to most Americans, and to me at least, is more interesting because of that. Recommended.

I received a free electronic galley from the publisher, and am reviewing it voluntarily.

lana turner
5.0 out of 5 stars A heart rending tale of love, loss and so much courage!
Reviewed in the United States on March 19, 2019
Wow what a series, and what a great author! I love Addey's colourful descriptions of Morocco, she writes with heart and feeling and steeps the reader into the cultural feel of life in the Maghreb so beautifully! I am totally captivated by this series and had to read this book in one sitting as I just could not put it down. Kella is a young free woman of the Tuareg, the desert people, and she has spent the first sixteen years of her life travelling with her father and five brothers, dressed as a boy, trading and racing camels with the best of them! She is a strong hearted rebel and a fighter however she is forced to succumb to being trained into the woman's expected role by her aunt and is stopped from travelling the trade routes which she so loved. A Tuareg woman's worth is recognised from the amount and type of jewellery she owns and wears and this amazing story is told as Kella receives each piece of her jewellery! She embarks on a marriage which she believed would provide her with the freedom she sought yet her life takes a turn for the worse when Hela and Zaynab enter into her life! A life which suffers great loss, yet is never given up on! Well done Melissa Addey for this excellent series which has me so enamoured!
Read more
One person found this helpful
Helpful
Comment Report abuse

Literary Soirée
5.0 out of 5 stars Magnificent Historical Fiction
Reviewed in the United States on May 24, 2019
My literary love is 20th century historical fiction, but this magnificent novel — set in 11th century North Africa — has happily expanded my bookish horizons. The author thoroughly captivates with the story of Kella, a girl who dresses as a boy to compete in camel races and traverse exotic trade routes. Her gender is discovered, however, and she’s dispatched back home, schooled in the ways of Muslim woman of her era. Strong spirit that she is, Kella longs for more which she seeks through marriage with the general of an army engaged in holy war. Oh the adventures, the heartbreak, the risks this courageous woman takes for freedom and love, described in narrative as addictive as great cinema. 5 of 5 Breathtaking Stars!

I thank the author for the review copy and the great privilege of critiquing A STRING OF SILVER BEADS. Opinions are fully mine.
Read more
One person found this helpful
Helpful
Comment Report abuse

Mary Brannian
5.0 out of 5 stars A String of Silver Beads... And So Much More
Reviewed in the United States on October 29, 2018
Kella was a rebellious young woman. All she ever wanted was to ride the trade routes with her father and brothers; to have the freedom of the open desert. But she has become too rebellious, too wild. When she races her camel against her father's express wishes, he forces her to return to the base camp, and to learn a woman's skills from her aunt.

Kella frets under the constraints of being a woman in the base camp. In a bold move, Kella attempts to escape the camp by riding off with the army of the famed general, Yusuf. But Kella is quickly discovered, and brought before Yusuf. Yusuf is impressed with Kella's bravery and her visions of the future.

Upon returning Kella to her father, Yusuf spins a tale of an overwhelming love, and so takes Kella as wife. In their journey to rejoin the army, Kella discovers she's expecting, and Yusuf's joy knows no bounds. But Fate intervenes, and Kella was left with empty arms and an empty heart. Yusuf had journeyed on, leaving Kella behind.

When Kella is to rejoin her husband, she discovers Yusuf is going to take a second wife; the former wife of the commander: Zaynab. Unable to arrive prior to the ceremony, Kella finds her life becomes more of a prison than ever before. All she ever wanted was to be free....

Riveting imagery, a complex and intricate plotline, this tale should be savored. There are many subtle shadings and twists, as you watch a young girl transform from a wild, feral child into a strong, steadfast woman who will do whatever it takes to protect her son and be free....
Read more
Helpful
Comment Report abuse
See all reviews from the United States

Highlander
5.0 out of 5 stars A String of Silver Beads
Reviewed in the United Kingdom on March 7, 2019
Verified Purchase
I rarely read first person present but the writing in this is sublime and made me forget what tense it was written in. A beautifully told story.
Read more
2 people found this helpful
Helpful
Sending feedback...
Thank you for your feedback.
Sorry, we failed to record your vote. Please try again
Report abuse

Annette
1.0 out of 5 stars Thought I had cancelled order
Reviewed in the United Kingdom on August 8, 2019
Verified Purchase
I ordered kindle books in error and thought I had cancelled. As I do not have a kindle or any other e book gadget I cannot read them.
Read more
Helpful
Sending feedback...
Thank you for your feedback.
Sorry, we failed to record your vote. Please try again
Report abuse

Carolyn
5.0 out of 5 stars BRILLIANT!
Reviewed in the United Kingdom on March 19, 2019
Verified Purchase
I just loved this book! Yet another masterpiece by Melissa Addey!
Read more
Helpful
Sending feedback...
Thank you for your feedback.
Sorry, we failed to record your vote. Please try again
Report abuse

cherry thompson
5.0 out of 5 stars Beautiful
Reviewed in the United Kingdom on March 14, 2019
Verified Purchase
A pleasure to read them both
Read more
Helpful
Sending feedback...
Thank you for your feedback.
Sorry, we failed to record your vote. Please try again
Report abuse