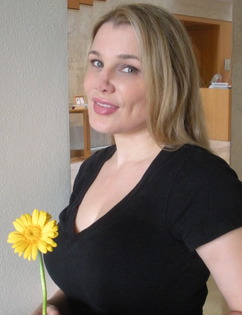 Facing imminent marriage, Burana, a journalist who has written for the New York Times Book Review, the Village Voice and Spin, decides to make a yearlong "bachelorette odyssey" to revisit her former career as a stripper. She's exorcising some commitment panic, but also trying to reclaim some dignity for this devalued work. The sex trades may be the world's oldest professions, but where's their history, the "floozerati"? Burana wants to know. A self-proclaimed "sex-positive" feminist, she sees stripping as a choice, not just something women do because there's no other way to earn a buck. True, she herself first went to Peepland to make her rent money, but it also provided a "reprieve from rabid self-actualization" (e.g., studying and trying to get decent jobs). In her return to the "tiprail," she rediscovers the out-of-body high that sometimes graces strippers. But what does her fianc make of all this? And will she be seduced back to this gloriously exhibitionist career? Thankfully, there's a "catcher in the rye": Burana's enormous talents as a writer she has a good ear, a fine wit and an instinct for storytelling reveal another option, one that's perhaps not so different from her former mtier. Stripping means "reclaiming [her] sexuality in the public arena" which is exactly what this book does, too. Burana exposes herself with pride, style and a great sense of humor. (Sept.)Forecast: Hot. No handselling to the Moral Majority, but this will prove seductive to urban hipsters, especially after the planned media blitz: a nine-city tour, "Welcome to Strip City" events in New York and L.A., a national TV satellite tour and first serial in Talk magazine.

No one gives strippers a chance except magazine writer turned autobiographer Burana, who just happens to have been one before her more "respectable" job came along. In this enthralling joy ride of a first book, Burana details the life of a stripper on the road, from the g-strings to the wigs. The book was born of the retired stripper's desire to confront her somewhat sketchy past head on. After laying out the necessary materials to be a fully functional stripper and taking a refresher class on pole dancing and other such duties, she is ready for the road. Through her nonjudgmental view, the reader becomes intimately connected to the life that Burana struggled to get away from for so long and is now squirming to get back into. Her own love of stripping or perhaps the power attached to it is easily conveyed in her gentle and honest prose; even the most conservative naysayer will be curious about this taboo job. If Burana is the class of the sex-worker industry, Sterry is the crass. This startlingly annoying memoir about a "renaissance" man's early foray into the prostitution scene of 1970 Los Angeles offers little in the way of decent prose. Not only is the writing sloppy and uninspired, it serves less to further the story and more to bolster his narcissistic view of himself. Although recounting the sexual escapades of a misspent youth has the potential to create an interesting read, this book falls short in the absence of an actual point. Sterry doesn't even try to feign a revelation, while his attempts to prove he can love without money just serve to reaffirm his shallowness. Maybe he should take some lessons from Burana in writing with heart rather than with sexual body parts. Rachel Collins, "Library Journal"
Copyright 2002 Reed Business Information, Inc.

Burana's first book isn't quite the bawdy romp implied by its subtitle, though the author has been a stripper, and she did take a journey "across America," during which she worked at a cross-section of the strip joints and "gentlemen's clubs" that now dot this country's landscape. Her memoir of that experience offers an insider's look at what goes on inside the clubs that employ roughly 250,000 young women, and that in itself will be a revelation to many readers. Burana isn't satisfied with simply stripping and telling, however. She wants to examine the ways that an involvement with the sex trade has affected her own life and the lives of other women, to understand the psychic price that is paid for the considerable rewards that are gained, and to come to terms with her past. She doesn't quite reach the closure she seeks, and her feelings about stripping remain stubbornly ambivalent, but her search for answers is always entertaining. Dennis Dodge
Copyright © American Library Association. All rights reserved

"Engaging...profound and funny. The book is riveting, makes a fine contribution to the current culture wars over exotic dancing." -- Newsday

"Smart, entertaining, and sharply written...Burana is a shrewd, amused and honest participant-observer in the strip club underworld." -- Newsday

"Strip City moves from the mechanics of Burana's job to the emotional repercussions, all the while remaining charming, intimate, brilliant." -- Oregonian

"Witty and irreverent...the author is fascinating." -- The Austin Chronicle