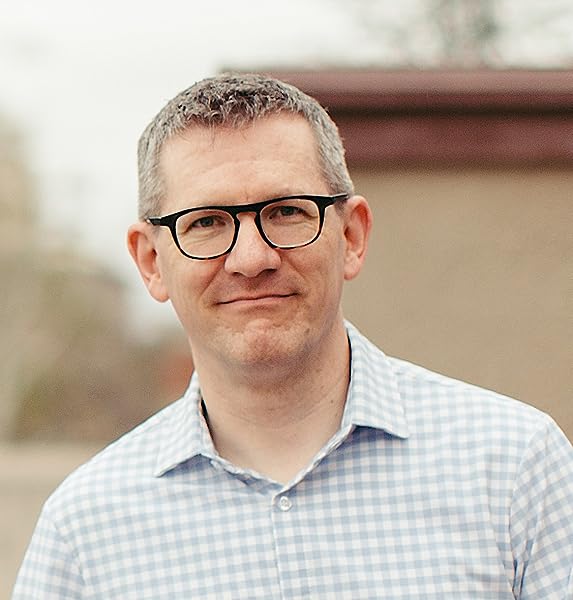 "Crouch has a good grasp of both the text of Scripture and also our cultural context, and he's a good translator, taking robust theological ideas and making them accessible to the general interest reader. His thesis that human flourishing is embedded in the paradox of both greater authority and greater vulnerability echoes Jesus's incarnation and teaching, and inspires the reader to pursue the far-reaching implications of the gospel in our broken world, even our broken work." (2016 The Gospel Coalition Book Awards)

"There are very few books that speak candidly and biblically about the nature of power. Christians tend to err in one of three directions with regards to power. Either they worship power as the ultimate goal; they naively deny the power they are capable of and responsible for; or they avoid leadership for fear that power might corrupt them. Strong and Weak gives a theologically grounded approach for a biblical alternative. By embracing vulnerability while exercising authority, power can be used to serve the kingdom of God. This is a worthwhile and needed encouragement for the church and its people." (Paul Taylor, Themelios, August 2016)

"Church leaders looking for a new lens to view the impact of sin on a lost world will be well-served by this book. It's also an excellent book to read together with a group of friends to discuss the nature of the gospel―and its impact upon both individuals and communities―from a fresh perspective." (Tobin Perry, On Mission, Summer 2016)

"A book whose entire message can be summed up in a 2-inch by 2-inch chart at first may seem overly simplistic and unworthy of its 186 pages, but Crouch effectively digs beyond the surface of his message. He rewards readers with helpful insights into how Christians can flourish by acknowledging vulnerability instead of suppressing it. Both the pastor and the layperson will walk away from Strong and Weak with a fresh outlook on how God's power is perfected in weakness." (Daniel Camp, The Baptist Standard, May 2016)

"Strong and Weak is a small book―approximately 175 pages. But for me, it packed a large punch, almost with the force of a revelation. As a Christian and as a leader, I try so hard to insulate myself, my family, and those around me from risk, all the while enlarging the scope of my effective action and theirs. Far from contributing to my flourishing, however―or theirs―this effort makes it impossible to grow spiritually or to minister effectively. To do either, we must like Jesus descend from privilege into pain, for only by accepting meaningful risk can we also develop capacity for effective action. To borrow Paul's phrase, when we are weak, then we are strong (2 Corinthians 12:10). And only then." (George P. Wood, Influence, May 10, 2016)

"This book challenged me to think authentically as a leader and to bring my real self into the work of leadership. Andy Crouch offers a simple yet profound framework that examines the important relationship between authority and vulnerability―and how various combinations can either help or hinder human flourishing. This roadmap exposes the all-too-easy pitfalls of withdrawal and exploitation while reminding us that it is in vulnerability and suffering that strength dwells. Strong and Weak is an empowering guide for anyone who seeks to live against a culture of safety and into a life of meaningful risk and flourishing." (Jena Lee Nardella, cofounder, Blood:Water, author of One Thousand Wells)

"God's Word focuses so much on the interplay between weakness and strength―as well as other opposites that drive us toward the greatest opportunities to flourish. All of discipleship seems to center around these opposites. When we experience poverty, we comprehend the riches that God generously bestows on us. When we experience helplessness, we recognize the might of his strength! Andy Crouch's excellent book gives insight into understanding all this more clearly." (Ravi I. Jayakaran, director, Community Transformations, e3 Partners, senior associate for integral mission, Lausanne Movement)

"Andy Crouch has done it again! Strong and Weak is an intellectually insightful, socially relevant and prophetically passionate book that shows us how to multiply our power to create a world where people from every tribe and nation can flourish and reach their full God-given potential. I love it!" (Brenda Salter McNeil, Seattle Pacific University, author of Roadmap to Reconciliation)

"This book is going to have a profound impact on our world. It's built on a clear, deep, life-changing insight that opens up vast possibilities for human flourishing. Classic, elegant and utterly illuminating." (John Ortberg, author of Eternity Is Now in Session)

"In his latest, Andy Crouch asks: What virtues of character will guide most directly toward the sort of flourishing God desires for us? He suggests the answer lies in the combination of two paradoxical virtues: authority and vulnerability. The book nudges us to reimagine the shape of our faithfulness." (Relevant Magazine, March/April 2016)

Andy Crouch (MDiv, Boston University School of Theology) is executive editor of Christianity Today. He has written for Time and The Wall Street Journal, and is author of the highly acclaimed Culture Making and Playing God. Crouch serves on the governing boards of Fuller Theological Seminary and Equitas Group, a philanthropic organization focused on ending child exploitation in Haiti and Southeast Asia. He is also a senior fellow of International Justice Mission?s Institute for Biblical Justice. Crouch served as executive producer for the documentary films Where Faith and Culture Meet and Round Trip, as well as the multi-year project This Is Our City, which featured documentary video, reporting and essays about Christians seeking the flourishing of their cities. He sits on the editorial board for Books Culture and spent ten years as a campus minister with InterVarsity Christian Fellowship at Harvard University. A classically trained musician who draws on pop, folk, rock, jazz and gospel, Crouch has led musical worship for congregations of five to twenty thousand. He lives with his family in Swarthmore, Pennsylvania.