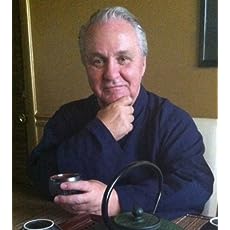 About Stuart A. Olson

Stuart Alve Olson is a teacher, translator, and writer on Taoist philosophy, health, and internal arts. He has studied and practiced Taoism and Chinese Buddhism for more than forty years. In 2010, he co-founded Valley Spirit Arts with Patrick Gross to publish his books and DVDs and is the head teacher at the Sanctuary of Tao in Phoenix, Arizona, where he focuses on translating various Taoist texts, conducting lectures, leading retreats, and teaching.

Stuart has published more than thirty books, many of which now appear in several foreign-language editions. He has made numerous book signings, appeared on many TV and radio talk shows throughout the United States, written several articles for martial art and Taoist magazines, and has taught Taoism and Taijiquan in Taiwan, Hong Kong, Indonesia, Canada, and Italy.

In 2005, he traveled to Britain to appear in the Taijiquan documentary film "Embracing the Tiger." His works on Taijiquan and Taoism have been well received within both communities.

You can email him at contact@valleyspiritarts.com.
Read more 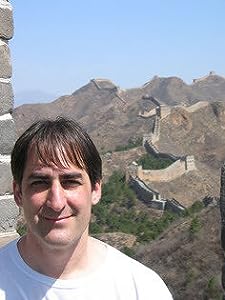 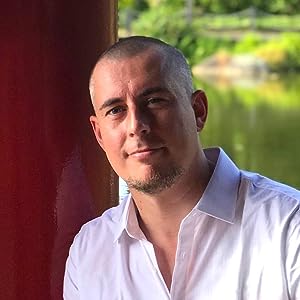 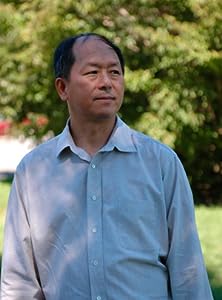 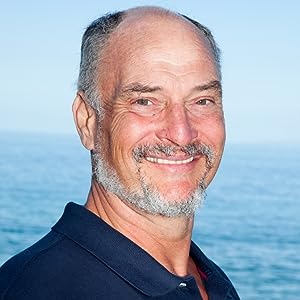 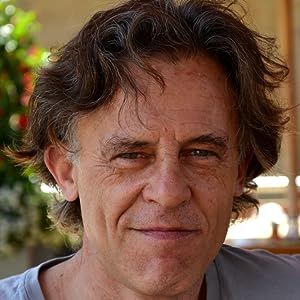 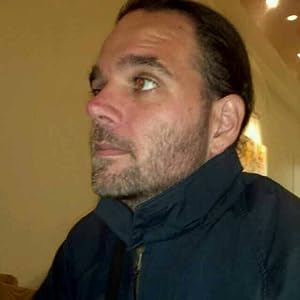 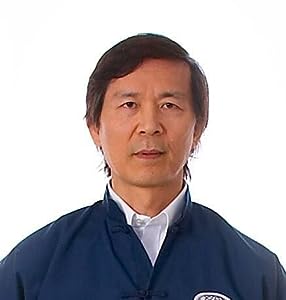 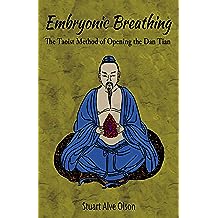 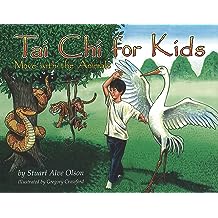 • Each exercise is accompanied by colorful artwork and photographs of the author's 7-year-old son demonstrating postures.

• Written as a story to invite imaginative play and learning.

• Designed for children and parents to play with together and for independent learning by older children.

Inspired by his own son's excitement with tai chi at the age of only three, master teacher Stuart Olson appeals to the innate imagination and playfulness of children to teach them the eight basic forms of a tai chi practice. Children have fun imitating animals while guided by colorful and playful illustrations and photographs of Olson's son, Lee, performing each posture. Olson uses the language of a storyteller, wonderful animal metaphors that invite children to pretend, and easy-to-follow step-by-step instructions so that every child can enjoy such exercises as "Chasing the Monkeys Away," and "Riding the Tiger to the Mountain." The book also includes a fun teaching tale of how tai chi first began that can be read out loud by a parent or independently by the older child. Tai Chi for Kids introduces children to a lifetime of physical fitness and instills in them a love of movement.
Read more
Other Formats: Hardcover , Paperback 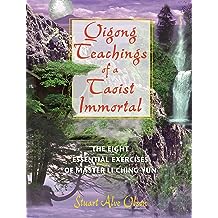 • Explains the physical and spiritual benefits of the Eight Brocades and offers step-by-step instructions for this powerful sequence of postures.

• 85 illustrations highlight the postures and philosophies.

• Author's commentary provides insight and depth to the original translation.

Throughout history Taoists have promoted the development and restoration of the Three Treasures-- body, breath, and spirit--through the gentle practice of qigong. At the center of the qigong practice are the Eight Brocades, a series of postures that developed during the 3,000-year Taoist quest for longevity and vitality. Now qigong expert Stuart Olson translates into English Master Li Ching-yun's treasured teachings on the Eight Brocades. One of the most famous qigong masters of this century, Master Li Ching-yun is reliably chronicled to have lived more than 250 years, during which he practiced the Eight Brocades on a daily basis. His longevity and personal endorsements attest to and validate the Eight Brocades as the quintessence of Taoist health and qigong practices.

With Master Li Ching-yun's original teachings as a guide, Stuart Olson presents an authentic yet accessible approach to this unique practice. Each exercise is accompanied by original text from Master Li, step-by-step instructions for each posture, illustrations of the positions, and insights on theory and practice. Because the Eight Brocades are the foundation of all qigong, this book provides valuable advice for all practitioners, regardless of the style they practice or the depth of their experience.
Read more
Other Formats: Paperback 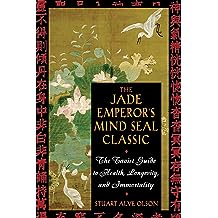 • Translates The Jade Emperor’s Mind Seal Classic, The Immortals, and The Three Treasures of Immortality

• Reveals the steps needed to achieve immortality in our modern society

Taoist mystics claim that it is possible to achieve immortality: “Within each of us dwells the medicine to cure the affliction of mortality.” Now Western readers can access the wisdom of Taoist masters on the subject of immortality through the first English translations of three classic Taoist treatises: The Jade Emperor’s Mind Seal Classic; The Immortals, from the Pao P’u Tzu by Ko Hung of the Sung Dynasty; and The Three Treasures of Immortality, from the Dragon Gate Sect.

The Jade Emperor’s Mind Seal Classic teaches that one can attain immortality through the cultivation of the three treasures of Taoism: ching (sexual and physical energy), qi (breath and vital energy), and shen (spirit and mental energy). Chinese history is sprinkled with accounts of individuals who applied the lessons of the Jade Emperor and lived up to 200 years. Drawing on his extensive knowledge of Taoism, martial arts, and Chinese history and culture, Stuart Alve Olson accompanies his translations with informative commentary that explains the historical context of the texts as well as demonstrates the practical applications of their teachings in contemporary life.
Read more
Other Formats: Paperback 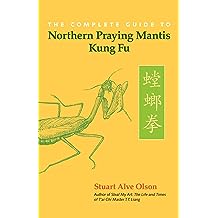 The Complete Guide to Northern Praying Mantis Kung Fu Nov 13, 2012
by Stuart Alve Olson
( 53 )
$12.99
Developed by Wang Lang over 300 years ago, Praying Mantis Kung Fu is the only martial art based on the fighting skills of an insect. This fascinating system utilizes swift, methodical movements for defense and offense, and is well respected as an art that helps practitioners develop great strength and perseverance. The Complete Guide to Northern Praying Mantis Kung Fu provides an in-depth look at the history and practice of this remarkable martial art. Author Stuart Alve Olson, a student of T. T. Liang, draws on the lineages of Masters Feng Huan-I and Wang Han-Fon, but includes detailed description of all major schools, styles, and lineages. The first half of the book focuses on tactics and theory; the second half contains step-by-step descriptions of the fundamental Praying Mantis stances, exercises, footwork, and kicks, clearly illustrated by more than 200 photographs. What sets this book apart from other works on Praying Mantis is its philosophical depth; author Olson gives a clear account of the development of the art and the Taoist principles from which it arose. This book provides the basis for not only mastering the martial art of Praying Mantis Kung Fu but also mastering oneself—the true goal of all martial arts.
Read more
Other Formats: Paperback 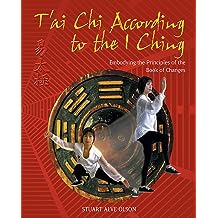 T'ai Chi According to the I Ching: Embodying the Principles of the Book of Changes Nov 5, 2001
by Stuart Alve Olson
( 14 )
$17.99
• Reveals the close relationship between the eight basic postures of T'ai Chi and the hexagrams of the I Ching.

• As handed down in the teachings of the Yellow Emperor and Chang San-Feng.

• Explains the physical and spiritual benefits that result from the practice of the Before Heaven T'ai Chi form.

• An essential reference book for any serious student of T'ai Chi and the I Ching.

T'ai Chi is a physical expression of Taoist thought--a philosophy in motion. The relationship between the I Ching, Taoist philosophy, and T'ai Chi is well established in many of the classical texts and teachings handed down by the Yellow Emperor and Chang San-Feng, yet it has essentially remained a mystery in the West. Stuart Alve Olson, a longtime student of renowned T'ai Chi Ch'uan Master T. T. Liang, shows how the hexagrams of the I Ching relate to the eight basic postures of T'ai Chi, and how together they comprise the orderly sequence of the postures in the Before Heaven T'ai Chi form. The practice of this form initiates a process of internal alchemy that allows for the stimulation and accumulation of chi through the major energy systems of the body. Physically, this process restores youthful flexibility. Spiritually, it frees the mind to roam the sublime Tao.

Because the Before Heaven sequence of postures is the foundation of all T'ai Chi forms, this book provides valuable advice for all practitioners, regardless of the style they practice or the depth of their experience. An essential reference book for any serious student of Taoism, T'ai Chi According to the I Ching is an invaluable guide to how even the most esoteric aspects of Chinese philosophy are firmly rooted in a physical practice.
Read more
Other Formats: Paperback 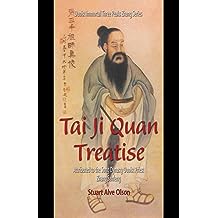 Zhang Sanfeng (Three Peaks Zhang), a Taoist priest of the 12th century, is credited with the creation of Taijiquan and several works on neidan (internal alchemy). He reportedly lived 170 years, from the late Song dynasty through the Yuan and into the early Ming dynasty. Zhang’s life exemplified the Chinese ideal of a true wandering immortal. The Tai Ji Quan Treatise shows not only the depth of his knowledge, but the great historical influence Taijiquan has had in the world.
Read more
Other Formats: Paperback 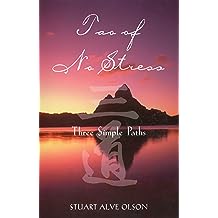 Tao of No Stress: Three Simple Paths Mar 1, 2002
by Stuart Alve Olson
( 7 )
$5.99
Teaches the three paths that Taoist masters have used for centuries to create tranquillity in one's life.

• Adapts ancient Taoist wisdom to address the problems of a frenetic lifestyle.

• Offers clear instructions for releasing, massaging, and breathing stress away.

• Explores the mind/body/stress connection, showing that once the mind is calm, the body can function at its best.

Starting from the basic principle of "If you want to know how to eliminate stress, ask someone who is without stress," Stuart Alve Olson introduces the simple, time-tested exercises of Taoist masters to teach even the most harried Westerner how to go beyond reducing stress to eliminating it all together. Olson offers easy-to-use techniques to help us let go of tension and mental strain through breathing, mental relaxation, and massage.

Readers will learn from fifth-century physician T'ao Hung-ching the Six Sounds therapy that can be practiced between phone calls at the office or during morning traffic. Whether rubbing a simple pressure point in the middle of a meeting or enjoying breathing methods like the Heng Ha breath all day long, readers will discover the gifts of tranquillity, health, and balance offered by age-old Taoist practices. Tao of No Stress utilizes traditional verse, photos, and the down-to-earth guidence of the author to teach both the experienced Taoist practitioner and the complete novice how to live stress free in a stress full world.
Read more
Other Formats: Paperback