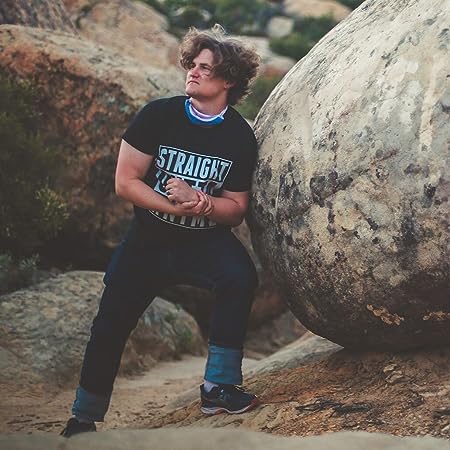 Stuart Warren was born in San Diego in 1988, the oldest son of two career American Airlines flight attendants. He was educated at the University of California Santa Barbara and began his authorial career shortly after, writing essays for Sequart Organization, an online magazine devoted to the research of sequential art and pop culture. He currently resides in Santa Barbara County with his family and is the author of the novel, Spirit of Orn and Tall Men and Other Tales, a novella and collection of short stories. 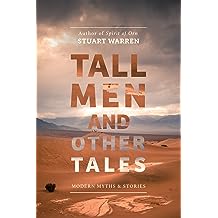 Tall Men and Other Tales: Modern Myths & Stories Feb 19, 2018
by Stuart Warren, Greg Horton, Alyssa Warren
( 2 )
$3.99
In the cold wastes of the Midwest, a blizzard blows against John Henry. Flying over an oil well in a private helicopter, Pecos Bill is caught up in memories of the past. Preparing to lead a nature hike, Paul Bunyan argues semantics with a talking bear. In the sweltering heat of India, 120 miles from civilization, Johnny Appleseed is drinking himself into ignorance in an animal testing facility.

Once pristine, the American West is now desolate. Struggle and disillusionment are commonplace among the people. Opportunity is masked in exploitation. A novella in four parts, Tall Men and Other Tales is a journey through Modern Americana, preoccupied and made stagnant by nostalgia. The Frontier is dead and in the ruins of the 21st century, the great myths of our past must rise up and claim their rightful place in society, or be sentenced to fade from memory.

From the Author of Spirit of Orn comes a thoughtful meditation on what it means to be an American through the eyes of our greatest legends. A stunning work of Magic Realism, Stuart Warren's Tall Men and Other Tales is a testament to what Americans have endured, and a cautionary tale on the consequences of sacrificing our integrity.

Included in this collection is selection of short stories, "Other Tales," Post-American myths that explore the conspiracy of prosperity. Featuring coma patients, super-intelligent factory workers, and black-op pixies!
Read more 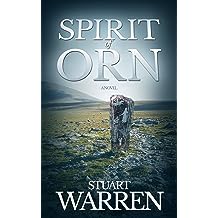 Spirit of Orn: A Novel Sep 29, 2014
by Stuart Warren, Phil Kiner, Alyssa Warren
$4.99
In Spirit of Orn, the cycles of human experience turn again as history repeats itself in the post-apocalyptic future. Centuries after the events that led to global ruin and the decimation of human civilization, almost everything about the former world has been forgotten—even that which led to its destruction. Now, as city states struggle for survival, merciless and ambitious men cloaked in ignorance seize power, rule with fear, and lead the people to war.

Cowardice, redemption, and the search of self are all in play as Conn—a twice bereaved, depressive blacksmith—navigates an unknown world to find a runaway boy with a party of deeply scarred strangers. On his journey, Conn is confronted with the atrocities of human history and must find a reason for life and hope in spite of the despair, cruelty, and absurdity of existence.

Set in Scandinavia and the North Atlantic, Warren pays homage to the cultures and manners of the Nordic people with an extraordinary attention to detail. Take my invitation and enter the world of Orn, get lost in its wild lands, and discover that the despair of life may be the strongest proof of its meaning.
Read more