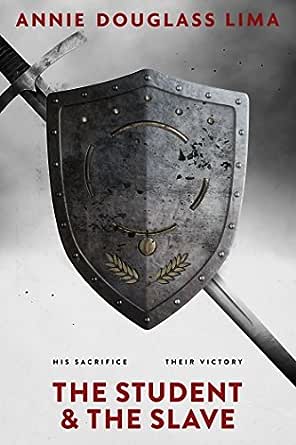 You've subscribed to Krillonian Chronicles! We will preorder your items within 24 hours of when they become available. When new books are released, we'll charge your default payment method for the lowest price available during the pre-order period.
Update your device or payment method, cancel individual pre-orders or your subscription at
Your Memberships & Subscriptions
There was an error. We were unable to process your subscription due to an error. Please refresh and try again. 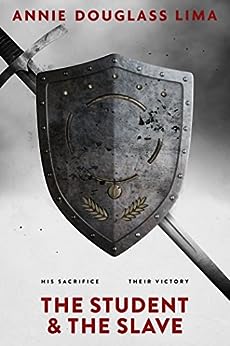 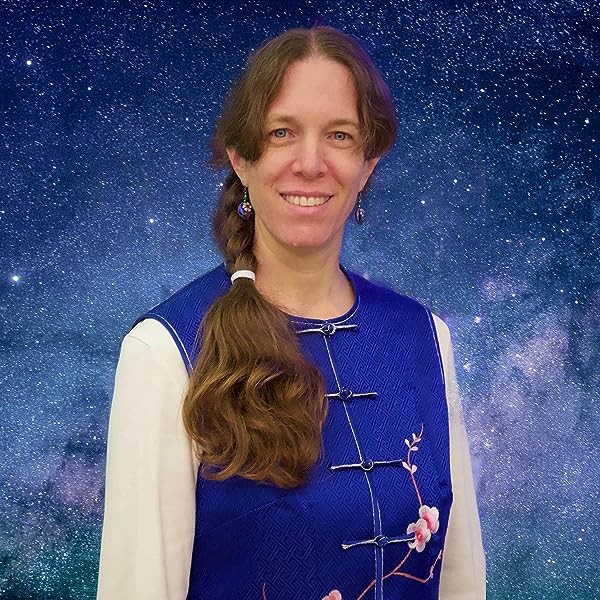 The Student and the Slave (Krillonian Chronicles Book 3) Kindle Edition 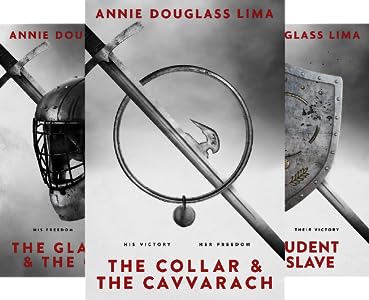 Annie Douglass Lima considers herselffortunate to have traveled in twenty different countries and lived in four ofthem. A fifth-grade teacher in her "other" life, she loves reading to herstudents and sparking their imaginations. Her books include science fiction,fantasy, YA action and adventure novels, a puppet script, anthologies of herstudents' poetry, and Bible verse coloring and activity books. When she isn'tteaching or writing, Annie can often be found sipping spiced chai orpomegranate green tea in exotic locations, some of which exist in this world.

"I am not always a YA fan, but books like these make me reconsider. Lima is a masterful writer. She tells her stories patiently and thoroughly with just enough emphasis on the darker issues of life while keeping the tone of a light adventure. I have great respect for her as an author."
-E.B. Dawson, author, PhoenixFictionWriters.com
--This text refers to the paperback edition.

4.7 out of 5 stars
4.7 out of 5
30 customer ratings
How does Amazon calculate star ratings?
Amazon calculates a product’s star ratings based on a machine learned model instead of a raw data average. The model takes into account factors including the age of a rating, whether the ratings are from verified purchasers, and factors that establish reviewer trustworthiness.
Top Reviews

Peggy M McAloon
5.0 out of 5 stars From Free Man to Slave
Reviewed in the United States on October 30, 2017
Verified Purchase
Coach Steene was willing to give up everything to smuggle his student - the renowned gladiator Bensin and his daughter, Ellie, to freedom. With the help of Bensin’s friend Ricky, the Red Arena doctor, and a guard, Bensin and Ellie were transported to freedom in the Tarnestran Province. The price Coach Steene paid was the loss of his freedom. He became the slave of a young boy who dreamed of becoming a winner like Bensin.

Excerpt:
Steene realized it was his hope of seeing Bensin again that was fading. The more he got used to life in Neliria as Raymond’s coach, the more distant and unlikely freedom in Tarnestra seemed.

As a green slave (a free man recently enslaved), Steene’s tendency was to forget his place as a slave in the Jeet family. Would the daily humiliation smoldering inside him be the catalyst for his demise?

Life isn’t any easier for Benson. Now a free man, it’s up to him to find a way to support his little sister, Ellie. The Powells have been wonderful, but camping in a tent in their backyard isn’t the future Benson dreamed of when Coach helped him escape.
Benson’s life gets increasingly complicated as he tries to find gainful employment. The ever-present gangs (The Silverheads and the Corner Creepers) have plans for him in their battle for turf. What Bensin knows for sure is that Coach gave up far too much for him to become a prisoner of The Watch again.

The book deals brilliantly with the themes of alienation, coming of age, courage, good versus evil, love, heroism, and reunion. You will never look at the issue of slavery the same again. This is a perfect book for middle-grade students and up. The book is a good stand-alone, but I highly recommend you read all the books in the Krillonian Chronicles.
Read more
Helpful
Comment Report abuse

Megan Taubenheim
4.0 out of 5 stars Best trilogy
Reviewed in the United States on May 10, 2020
Verified Purchase
I am CRYING! (Spoilers ahead)

I absolutely loved this series and the characters and everything about it. This was such a satisfying ending and tied everything up in a beautiful bow. Bensin, Ellie, and Coach Steene are my favorite fictional family ever, and I will definitely be rereading their story in the future.

What I loved most about this installment was how Coach Steene was finally forced to face his worst enemy: his conscience. From the start of the series, he made some questionable decisions, and now he’s faced the consequences and redeemed himself, and I could not be happier!

I’m taking off one star for lack of a climax. Everything ended a little too quickly and conveniently for me, but I don’t mind too much because all I wanted was for my favorite found family to be exactly that: found <3
Read more
Helpful
Comment Report abuse

The Book Dragon
5.0 out of 5 stars The effects of slavery realistically portrayed
Reviewed in the United States on November 18, 2017
Verified Purchase
4.5 stars for the conclusion of this series. At first I wasn't sure I was going to like this book as much as the first two. But as the action unfolded, the suspense grew more and more, and the characters' attempts to make things better were thwarted at every turn. I didn't see how this story could end well! But it was worth it to read to the end and the unexpected resolution. (I did NOT see that coming! Bravo!) A scene where a character is sold into slavery is one of the most masterful examples of tension I've ever read, and a couple of scenes brought tears to my eyes. This story powerfully shows the humiliation of being a slave and how people lose their humanity by treating others as "merchandise." The best part of this entire book, however, was watching the believable transformation of one of the title characters. I recommend reading all three books of this urban fantasy trilogy in order.
Read more
Helpful
Comment Report abuse

FunnyC!
5.0 out of 5 stars YA Dystopian done right
Reviewed in the United States on November 3, 2017
Verified Purchase
If you are a Hunger Games or Maze Runner fan, you will not be disappointed with this series. While this book could work as a standalone, I would highly recommend starting with the first book. I was smitten with the characters from the beginning and while I keep seeing words like 'finale' in some the other reviews, I hope this series will continue as I see no reason for it to end.
Read more
2 people found this helpful
Helpful
Comment Report abuse

SDCB
4.0 out of 5 stars Great Follow Up
Reviewed in the United States on January 30, 2018
Verified Purchase
Sometimes what comes after The End isn't necessarily happily ever after. That's the case with Bensin and his sister, who escape a life of slavery only to discover freedom has its own hardships. Also, Coach Steene goes from a free man to a slave, and while the transition is difficult, it gives his character a real chance to shine. What I loved most about this book was the growing relationship between Steene and his owner. This is a great book of learning kindness, humility, and patience. Highly recommended.
Read more
Helpful
Comment Report abuse

Y30 The Review
5.0 out of 5 stars Freedom at a Price
Reviewed in the United States on November 8, 2017
Expectations can be very disappointing. Sometimes those expectations become assumptions and presumptions. Bensin’s collar is gone, he’s no longer a slave, but freedom, the one he envisioned for himself and his sister, is vastly different than what he expected. Tarnestra, the lone province in the Krillonian Empire to outlaw slavery, is now home of thousands of freedom seeking slaves. Jobs are hard to come by. Bensin needs a job and he’s desperate to find one. His main goal is to get enough money to rescue the man who became a father figure and the one who put himself in jeopardy to help Bensin and his sister get to the land of the free. Coach Steene must be rescued and Bensin must find a way to do so.

While Bensin and Ellie struggle with this new found freedom, their father figure, Steene, must cope with his own new role in life, that of a slave. Steene now realizes the kind of life Bensin and his sister experienced before they were set free from the collars around their necks. Steene longs for freedom away from the rich young Nelirian that is now his owner.

Annie Lima’s pen continues the adventures where they left off in her previous two books. We are drawn into a world where families are torn apart and on both sides of the vast ocean separating loved ones. Another page turner, Annie Lima delivers another exceptional tale in the Krillonian Chronicles. Be prepared, nail-biting scenes await the adventurous reader who wants to plunge into a world very similar to our present day. — Stefanie Longwood
Read more
One person found this helpful
Helpful
Comment Report abuse
See all reviews from the United States

NP
5.0 out of 5 stars Loved it!
Reviewed in the United Kingdom on June 27, 2018
Verified Purchase
A great end to a wonderful series! I've enjoyed all three books so much. Such great characters. I loved seeing Bensin grow and develop and learn from his mistakes. A well-written, absorbing, compelling, challenging and exciting series. Thoroughly recommended.
Read more
Helpful
Sending feedback...
Thank you for your feedback.
Sorry, we failed to record your vote. Please try again
Report abuse